We've been working on the weapon list and descriptions for Wandering Heroes of Ogre Gate slowly, trying to make each one distinct. We want each weapon to have a different feel that gives it a uniqueness fitting to the genre. These are the entries we have so far. There will be more as we work more on the system. 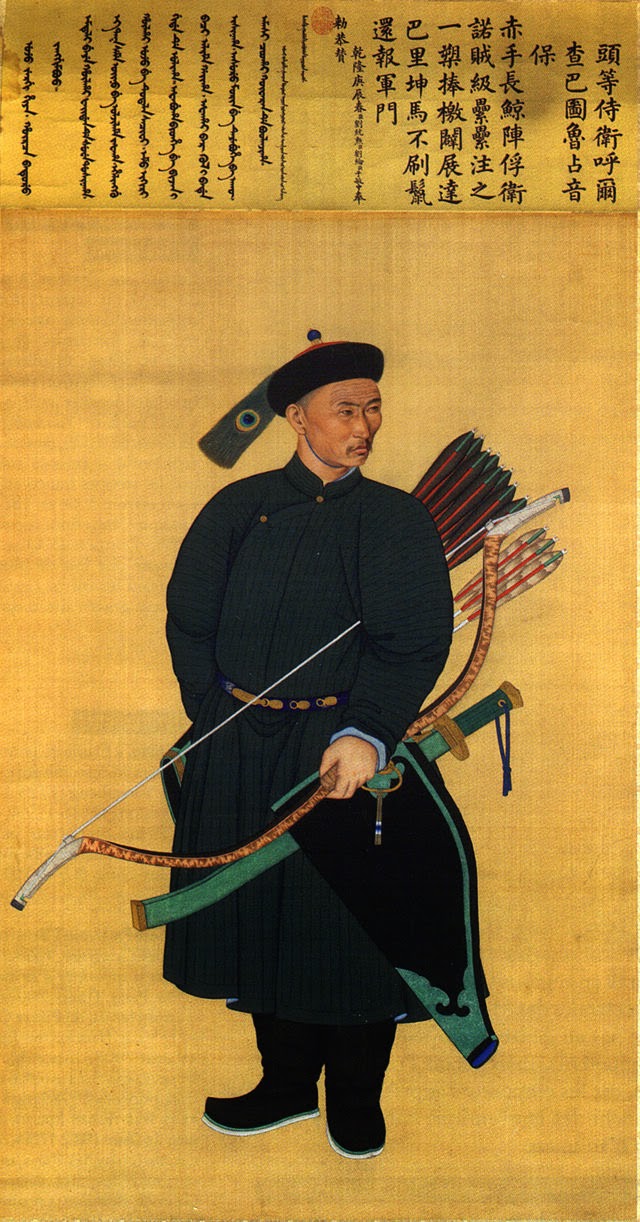 We also have been trying to fit the weapons to the Kung Fu techniques in the book. After the weapon list, is a sample technique called Lash of the Fly Whisk that shows how this works.

Dao: These powerful sabers are curved with a wide single-edged blade for slashing and chopping. The Dao is a one-handed weapon. The Dao does an automatic wound instead of adding damage dice when you get a Total Success on Attack Roll.  Damage: Muscle +2d10.

Gun: This is a wooden staff. It bestows a +1 bonus to Parry when used.

Fan: A fan is an ideal concealed weapon. This is simply a hand fan with sharpened blades that can be used to slash or stab at opponents, and to conceal needles (when thrown using a fan, needles increase their range to 15 feet). Fans also assist parrying and stealth. They provide a +1 to Parry and they provide a +1 bonus to stealth if you attempt a surprise attack with them.

Fly Whisk: This consists of a handle and a long lash of horse hair and is used primarily to swat insects. However in the hands of a person with the correct training, it can be used as a weapon. To use this as a weapon, the player must expend an expertise simply to utilize its abilities. For the full expertise bonus with the Fly Whisk an additional expertise must be spent. Fly Whisks are more about swiftness than power, so they use the Speed Skill for damage (Speed +0d10). They are also able to be used to disarm opponents. To disarm one must make a successful attack with the weapon in the usual fashion. On a Success, make a damage roll against the target’s Parry score. If this is successful, your opponent drops his weapon.

Hook Sword: These are meant to be wielded one in each hand. They have long thin blades like a Jian, except instead of ending in a point, they end in hooks used for trapping weapons and tripping opponents. They also have crescent shaped guards to assist attacks and parries. Hook Swords provide a +1 to Parry and can be used to disarm (see CHAPTER FIVE in the SERTORIUS rulebook). When you score a Total Success on an attack roll, opponents must make an Athletics roll TN 10 or be swept to the ground (into prone position). Damage: Muscle +0d10.

Iron Hat: This looks like a wide brimmed hat with a hole in the middle to place on your head. In actuality it is an iron circle with a sharpened rim. This is a great concealed weapon and particularly lethal if it strikes true. It can also be thrown. The Iron Hat is very difficult to wield safely; if you roll all 1s on your attack roll, you inflict damage on yourself. The Iron Hat can be used more effectively by an intelligent wielder. It does Reason + 1d10 or Muscle +0d10 damage and grants a +2 bonus to parry when wielded. On a Total Success it does a single Automatic wound instead of adding an extra die to your Damage Roll.

Jian: A one-handed sword, with a long thin double-sided blade for precise slashing and stabbing. Jians provide a +2d10 Accuracy to attacks. Damage: Muscle +1d10Needles: Needles can be thrown at foes using light melee skill. While they don’t do a lot of damage, they are perfect carriers for poisons. Characters with enough skill (see techniques like Storming Needles) can throw multiple needles at foes. If directed at a single target, their damage increases by 1d10 for every needle. So two needles do 1d10, three do 2d10, four do 3d10, etc.

Net: Nets are excellent for stopping an opponent in his tracks. On a successful attack, they do no Damage, but take away two Moves and impose a -1d10 on all Physical/Combat Skills. On a Total Success, nets take away three Moves. Accuracy: -2d10.

LASH OF THE FLY WHISK

You lash out with your fly whisk, its tethers extending unnaturally long to reach opponents and entangle them.

Roll Light Melee against Pary. On a success you can extend the lash of your fly whisk to wrap around foes or disarm them at a distance (5 feet per rank of Qi). Anyone struck can be pulled toward you that round (though they can make a Muscle roll against your attack result to get away).

Catharsis: When used cathartically you can throw your opponent causing 2d10 falling damage per rank of Waijia.