WONDERING HEROES OF OGRE GATE PART ONE: THEATER OF THE MIND AND GRID

In the lead up to releasing Sons of Lady 87, I am going to do a series of short blog entries tackling questions or common topics that come up around Wandering Heroes of Ogre Gate. My primary aim is to provide a clearer picture of how I run the game, what we intended with certain rules and to clear up any misconceptions or reinforce any accurate assumptions. Today I want to talk about miniatures, tactics and theater of the mind.

Ogre Gate was never meant to be a light and fast martial arts game. We knew going in, with hundreds of Kung Fu Techniques, each one as complex as a spell in a typical fantasy game, that the game wasn't going to lend itself to rules light. So, like Sertorius, it would have a deep list of options for combat and tactics. But we never assumed tactics to mean grid or miniatures. People can absolutely play Ogre Gate with a grid if they wish. I don't have any particular investment in the game being played one way or the other, but in terms of design it is important because we were not designing with a grid in mind. We designed it with Theater of the Mind in mind.

I never use miniatures. I think I used miniatures twice while running Ogre Gate (once when we first started play testing it live and once when I ran a very large combat scenario). In all other instances I ran it theater of the mind. There are a few reasons for this. I have never been a fan of grid combat and miniature driven combat. I was turned off by miniatures when I first started (a story I will get into in another blog entry) and only ever used them in campaigns where all the players expected it, or when I was running 3rd edition D&D (where it seemed necessary). Personally I like combat to keep moving. And I find miniatures tend to draw out space between turns as players think about their next move. I also like to focus on what we are all describing rather than what a figure is doing on a grid. But I still keep track of movement as a GM. Tactics still matter in my campaigns, even though things are fluid and not always rigidly pinned down at first like they might be on a grid.

My method for running theater of the mind combat for Ogre Gate has always been to have me, the GM, keep track of where everyone is on a piece of paper. The players don't see this (I mainly game online). But I put a letter on the sheet with their initial and I use lines with arrows to indicate their movement. Important terrain or objects might be marked down. It isn't painstakingly accurate. I don't track hexes or squares on a map. I just want to know generally where everyone is, and I might throw down a scale key just to help adjudicate questions surrounding movement. More important than this piece of paper is what people are describing. It is just a tool to stay true to what is being described by the GM and players at the table.

And of course this depends on the specifics. Many combats are simple enough that I don't even really need to write things down beyond Turn Order.

Here is a glimpse of one of the sections of Strange Tales New England, to give an idea of where the game is heading. This is just a rough section of GM advice. We started a regular campaign in the fall when I started work on it and the example is from that campaign (which is still on-going). The character Letha Kane in the scenario is was an homage to the Ninth Configuration. 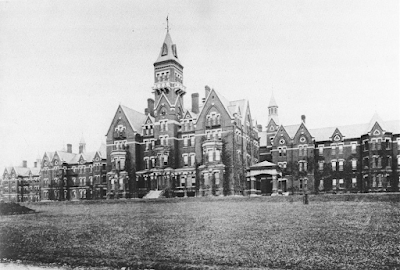 BENDING REALITIES AND THE UNRELIABLE GM

Reality bends around the central mystery of your campaign and of the conceits of the setting. Player characters may not be who they believe themselves to be, they may mistake friends for monsters and attack or kill them, they may find themselves lunatics in the asylum. The point is psychological horror. And the GM’s role is to intentionally confuse while at the same time offering real choices.

This portion of the game is meant to be very fluid and surreal. The GM should use judgement in presentation of such things. As a general rule, when a player is subject to something false and you believe there should a chance for them to see through it, you can roll 1d10 against Wits and have the delusion fade if the result does not meet or exceed their Wits score. In many cases though such a chance will not need to exist.

When reality is bending, when players are the subject of illusion, false memories or delusion, use the unreliable narrator approach to GMing. This takes a certain amount of care. It is a delicate balance, to mislead while also maintaining the trust of the players. As a general principle, when you are being intentionally unreliable try to be subtle, but also try to include the possibility of the players sensing clues that they are being misled. This technique should also be relegated to things specific to this part of the game. For example when players are venturing into Danvers State Hospital or when the reality of their past lives are unfolding, playing with the truth about who people are, what happened, etc can be helpful. The idea is what the players are seeing and what the NPCs are seeing may not be the same thing.

How this was handled in practice was very much about presentation of information and techniques like artfully switching between groups of characters when they were split (to maximize the impact of information being revealed). In one playtest I ran, the party went to Danvers State Hospital to investigate an inmate who had committed murders that one of the players had dreamed about. Before the campaign began, I rolled a 1 for him when checking for Lunatic Player Characters and slowly started connecting him to a secret past involving this inmate, which came to a head for the player while investigating werewolves near the scene of his original crime. At the hospital they were told this player, Daichi, could interview the inmate, Peter, alone. They agreed and Daichi went to Peter's cell to interview him while the rest of the party went to another area of the hospital with the Physician who had greeted them, Dr. Letha Kane. It was slowly revealed that Daichi was in fact Peter, that he had escaped and they just returned him to his cell. But this was a slow process of revelation. Daichi spoke with Peter, getting pieces of information that started to persuade him he wasn’t who he thought he was. Peter would say peculiar things like “but don’t you remember?”, or “I didn’t do it, that was you.”. I would shift back to the conversation with Doctor Letha Kane and she would begin describing Peter’s multiple personality condition. This went on until it was revealed to the party that Daichi was one of Peter’s personalities.

It is a somewhat cinematic approach but requires a great deal of care still respecting character agency. For instance, only Daichi had rolled a 1 on my check. The other players were fully aware of things. I had permitted a certain amount of illogic and dream logic in the timeline, because this was purgatory, but when they concocted a plan to bust Diachi out of the hospital, the campaign went in that direction. And it was unclear to them for some time if they had been lied to, enchanted by, or told the truth by the people at the hospital.

Posted by BEDROCK GAMES at 12:00 AM No comments: