Very excited to hear that The Landlord's Daughter will be released in print and is available for pre-order. I have been a fan of Colonial Gothic since it came out around 2007 or so. This is an adventure that Bill and I wrote. Naturally it is an investigation: 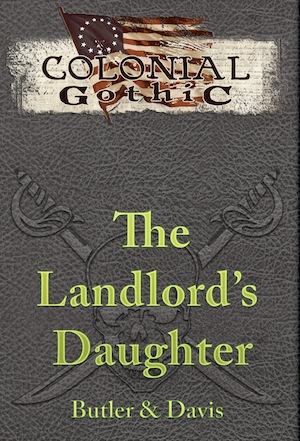 http://roguegames.tumblr.com/post/86297087265/rogue-games-warns-you-to-beware-of-the-secrets-hidden?utm_content=bufferbfc17&utm_medium=social&utm_source=facebook.com&utm_campaign=buffer
Posted by BEDROCK GAMES at 5:03 PM No comments:

Sertorius is just about ready for release. We are just finalizing the layout and fine-tuning some of the borders. Here is a glimpse of what to expect: 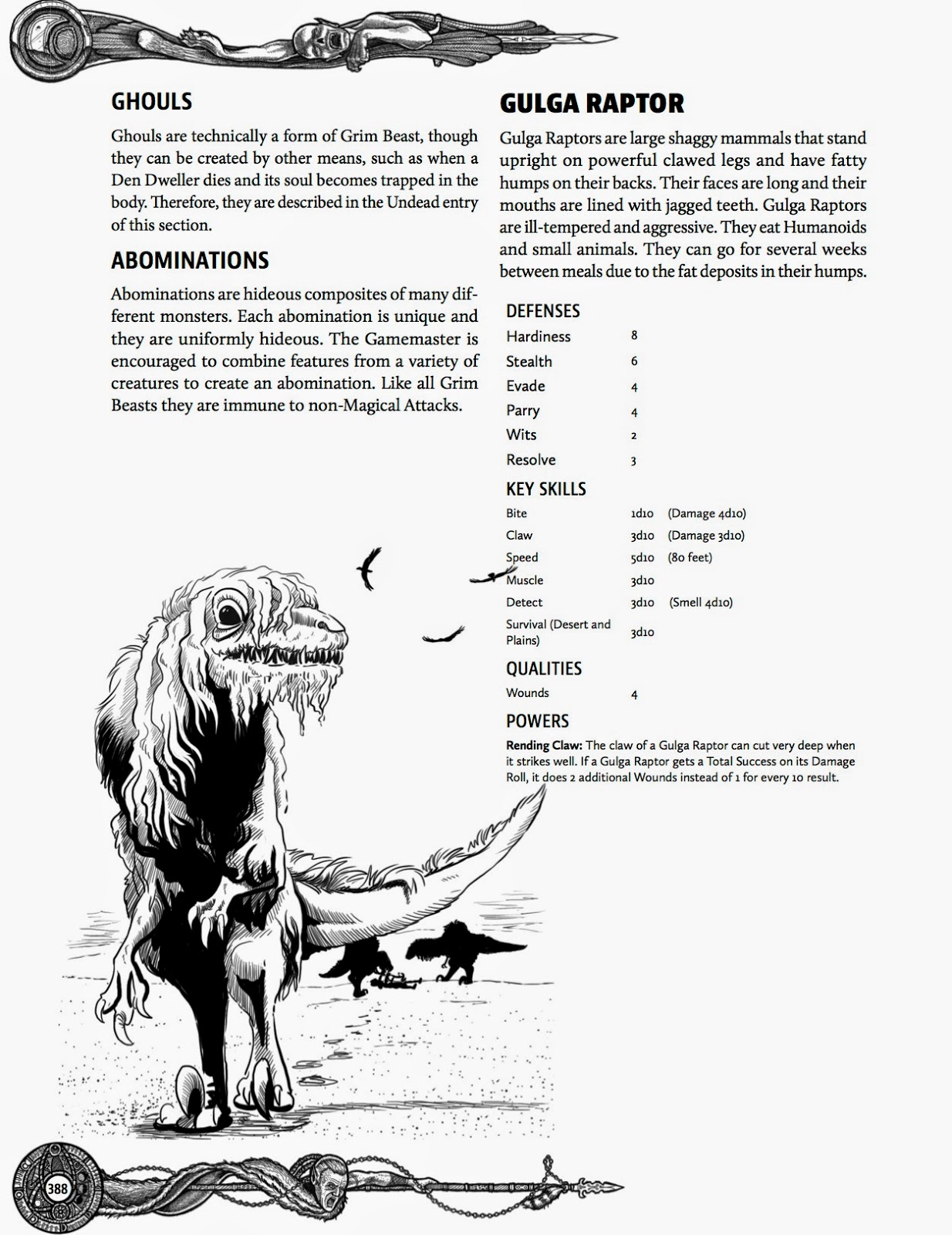 Monsters
We have an extensive monster section in the book that covers everything from mundane threats to god-like foes from other realms. The monster chapter is nearly 100 pages (1/5th of the entire book) and follows an easy-to-read format as seen to the right. 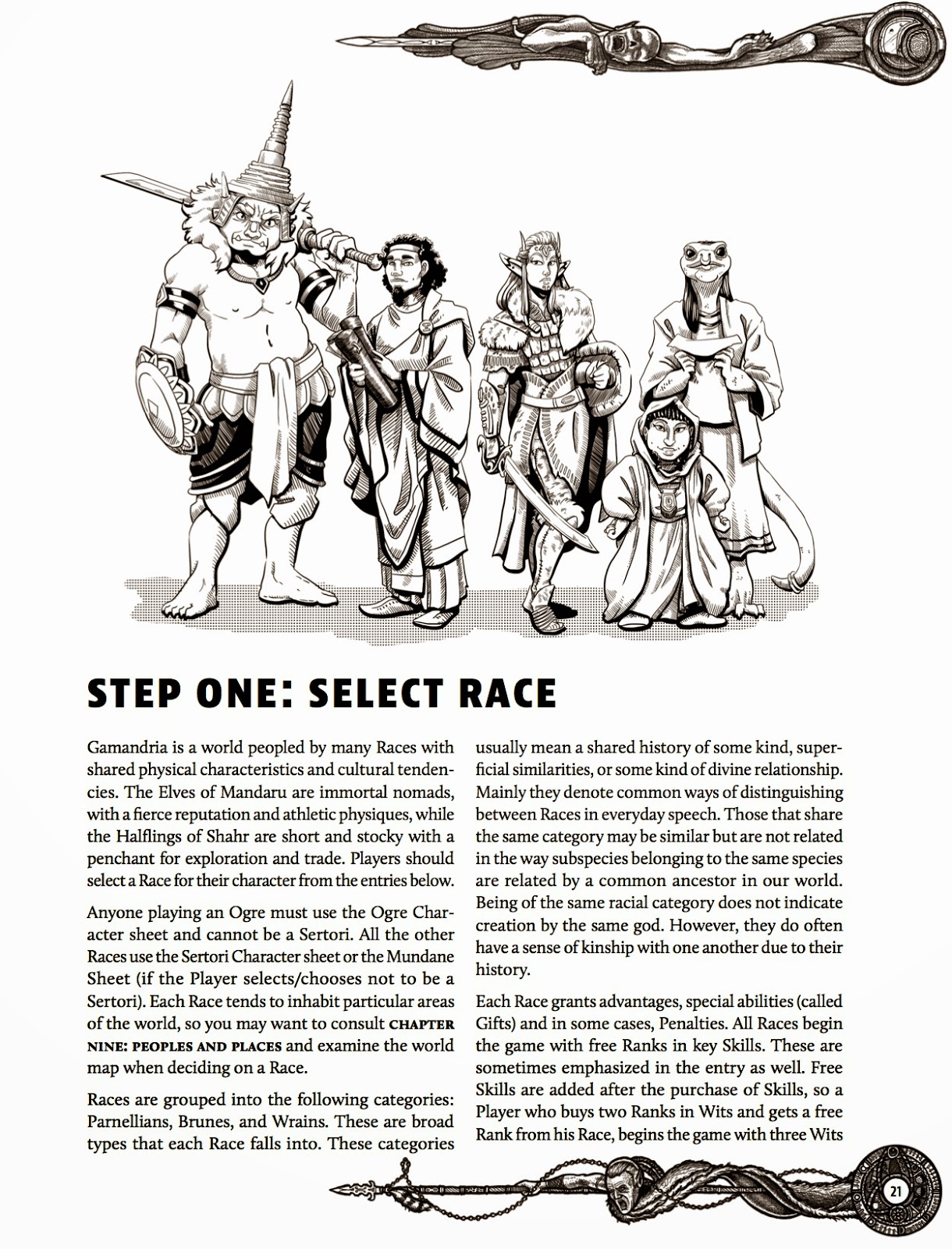 Familiar and Exotic Character Races
There are nine races to choose from in Sertorius: Human, Halfling, Dwarf, Elf, Hasri, Ogre, Gru, Orc and Kobold. The traditional races are familiar with some new twists and we also introduce unique creatures like the Hasri (reptilian humanoids).


Each race is individually detailed with easy-to-read stat blocks and cultural descriptions. 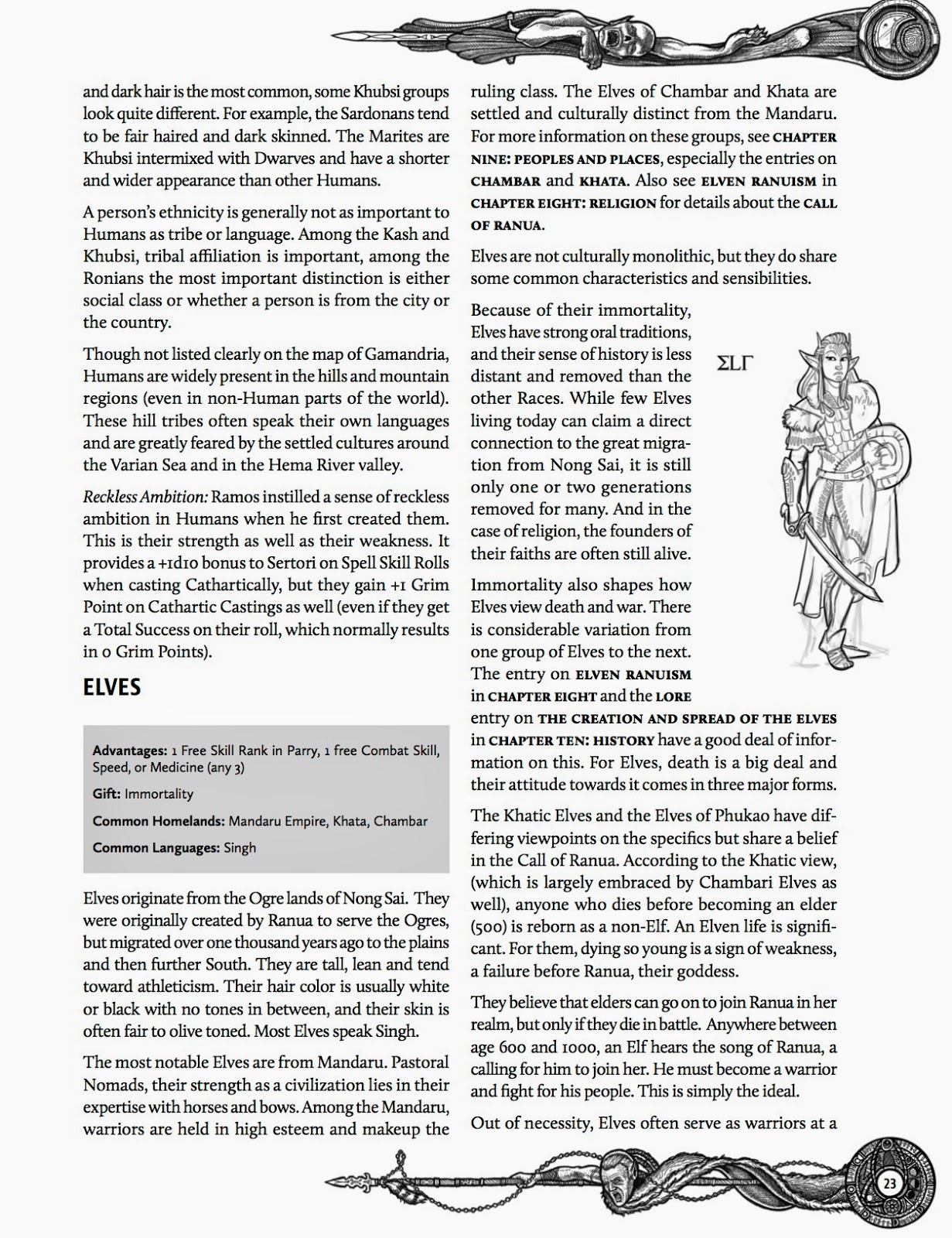 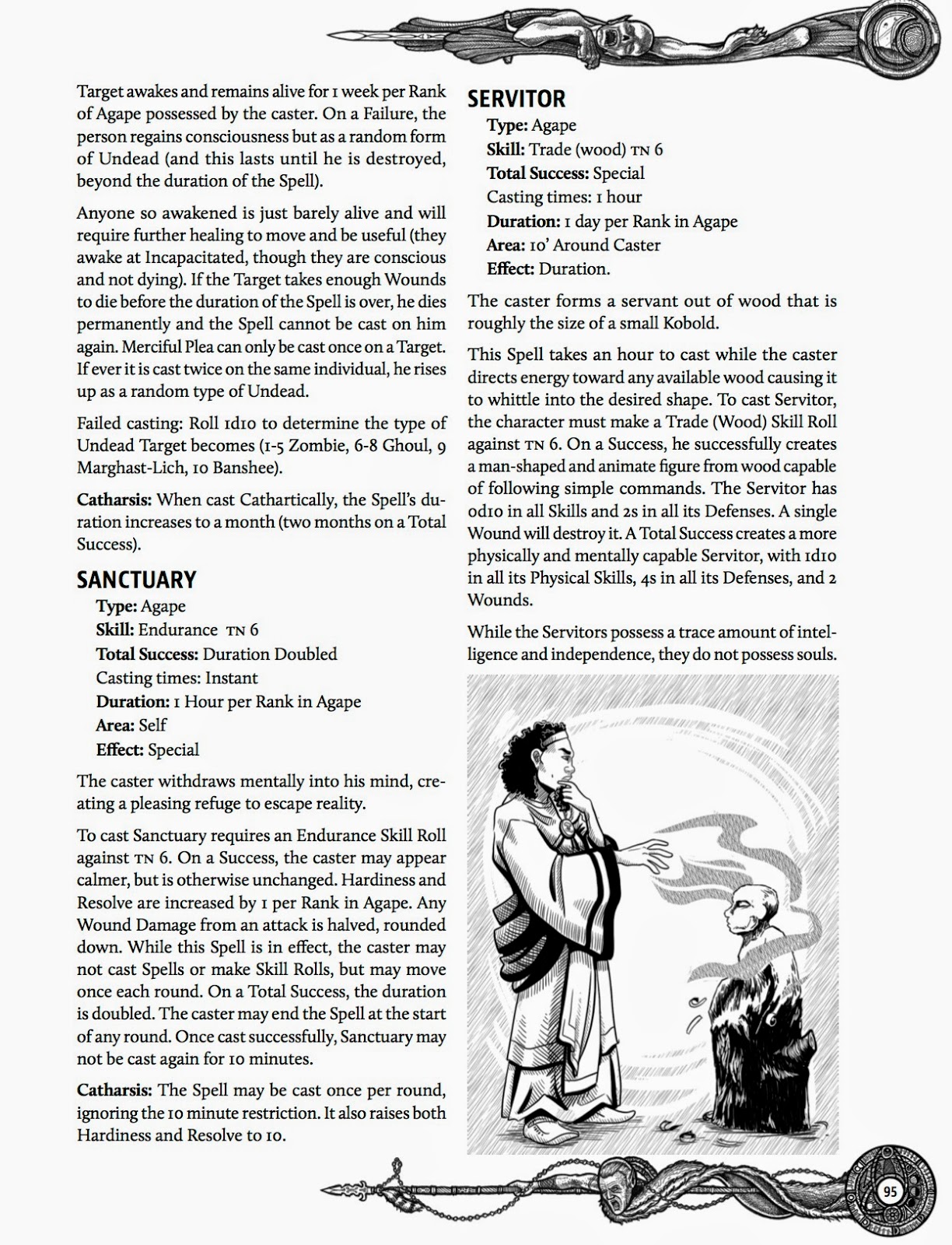 Spell and Miracles
Sertorius is a game about mighty spell casters. There are 80 spells in the book with complete descriptions and handy stat blocks. In addition there are powerful abilities called Thauma (Miracles) that experienced Sertori can gain access to. We will also be releasing expanded spell lists for free by PDF for groups that want more options. 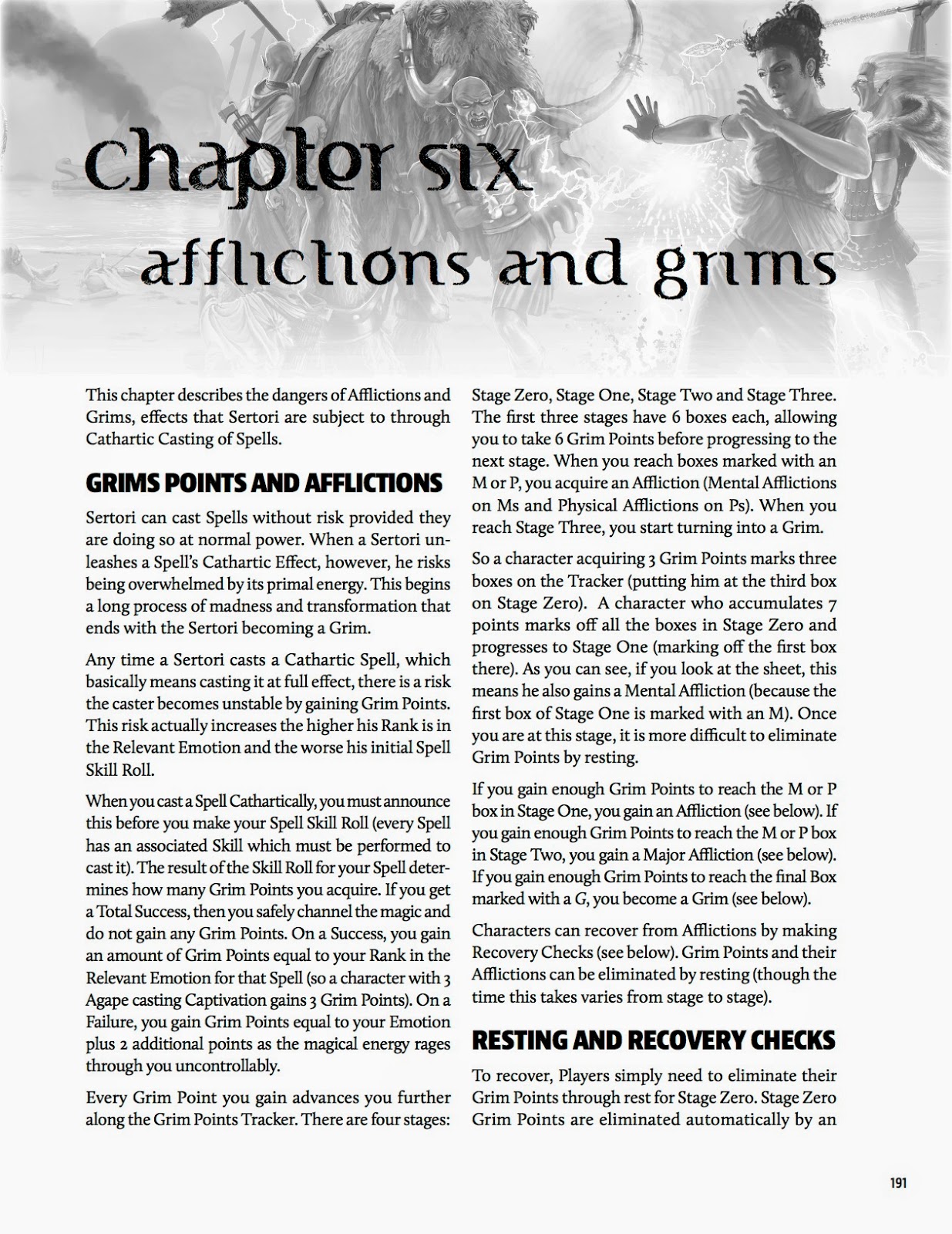 Afflictions and Grims
Spell-casting in Sertorius is easy but comes with some risk. Those who push themselves too far can be overwhelmed by the potent energies they channel, succumbing to mental and physical afflictions. If this process continues unchecked, the Sertori may become a Grim: a powerful supernatural force. 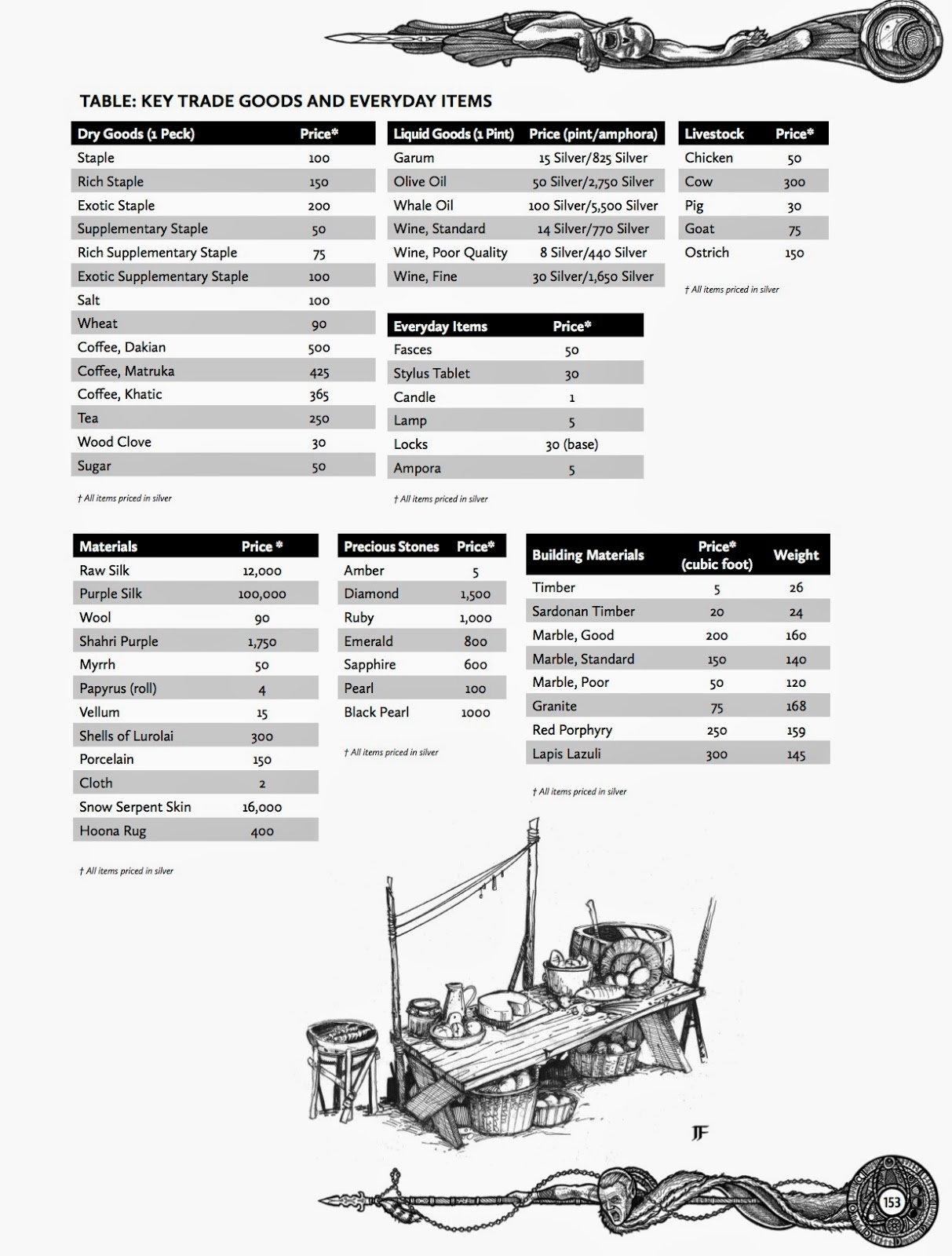 These are just a few of the highlights of the book. The final layout is 500 pages with fourteen chapters covering Rules, Character Creation, Gods, Religions, Organizations, Peoples and Places, Monsters, Magical Objects, History, NPCs, and more. 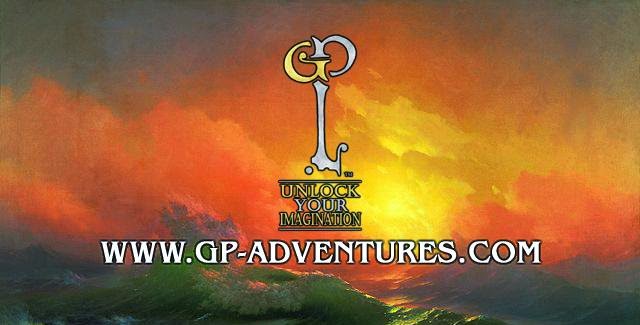 Posted by BEDROCK GAMES at 6:46 PM No comments: