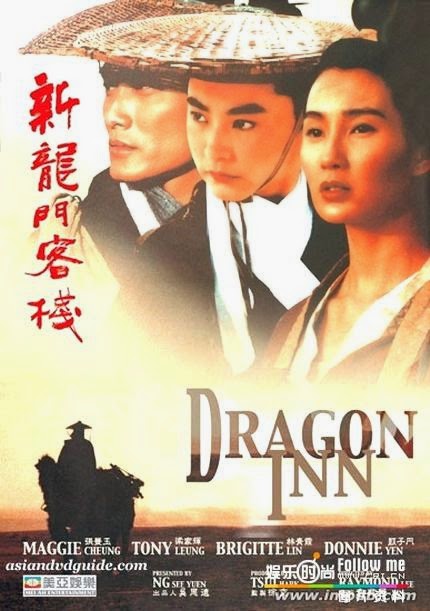 It probably comes as no surprise to those following the blog that the Dragon Gate Inn movies are a particular favorite of mine and that Wandering Heroes of Ogre Gate is named in part as a homage to these films. 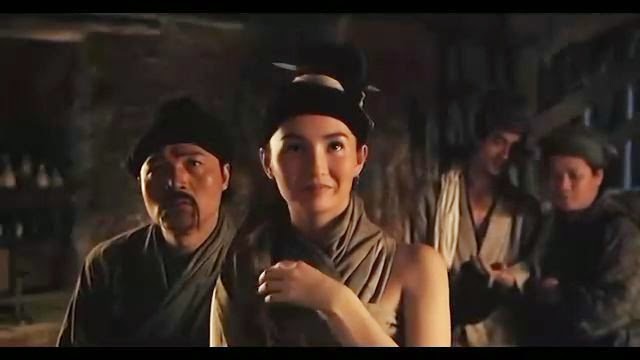 Against the backdrop of the Ming Dynasty, the storyline follows a group of rebels pursued by the powerful East Chamber (an intelligence bureau headed by the eunuch Tsao Siu-yan). The film opens with Tsao executing his rival, Minister Yang. He murders the entire family but saves two children to use as bait to lure Yang's ally, General Chow Wai-on. Wai-on's men and his lover Mo-yan rescue the children and take them a desert inn on the frontier where they plan to meet rendezvous and escape. Bad weather and dust storms force the rebels to remain at the inn as Tsao's men, posing as merchants, investigate the place and wait for reinforcements to arrive. The Inn is operated by a colorful woman named Jade and is a refuge for brigands and thieves. 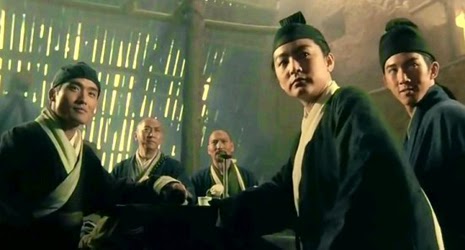 The bulk of the film occurs at the Inn, and involves two main conflicts: a love triangle between Wai-on, Mo-yan and Jade; and the rebel's efforts to escape with the children while sharing an inn with Tsao's agents. This creates plenty of opportunities for both action and comedy.

The sword-play is solid, and very different from the sword-play of King Hu's original. In the first Dragon Gate Inn the action sequences were more fluid and discernible. Like a lot of 90s wuxia, the camera angles and editing make many of the actions in the remake seem more sudden and occasionally choppy. It works fine and is simply a bit more stylized. The best fight choreography is a dialogue ridden sparring match between Jade and Mo-yan, that is played mostly for laughs. The final battle is also quite good.

Donnie Yen as Tsao sees very little action in the movie. Aside from some flourishes at the very beginning, he pretty much doesn't do anything (aside from sit patiently in a sedan chair) until the very end. While some folks feel this is a waste of his talent, I feel it adds weight to his final scene and makes it that much more magnificent (and it is a brutal, bloody end). 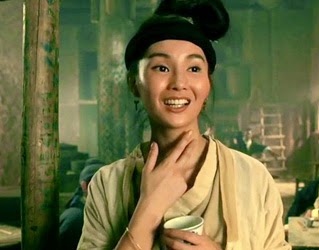 It is a strong cast, with several great actors turning in a good performances but Maggie Cheung absolutely overshadows all the other talent as Jade. She plays a witty and seductive proprietor with a shady past. This is definitely a more risqué take on the first film. The dialogue is filled with double entendres, with Jade offering to give Wai-on access to "all of my secret corridors" after he asks her about escape tunnels leading to the border. Again this is done mainly for laughs, but it is far from tame.

There is also a small but pleasant performance from Elvis Tsui, who plays a bombastic general with a connection to Jade and the inn. Donnie Yen is there mostly for his martial arts, and he does deliver in the final scene. 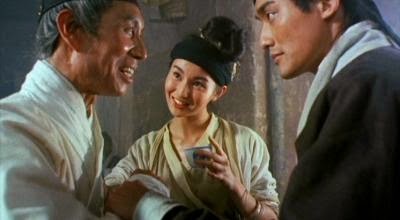 I like New Dragon Gate Inn in terms of gaming because it provides a great venue for adventures. Inns are a staple of the genre and this is definitely one of the more remarkable ones. The added element of serving human meat disguised as steamed buns is perfect fodder for a campaign. The desert location also works really well (even if it leaves you wondering where they are getting water from exactly).

I recommend this one for certain. It is dated though. You can definitely tell it was made in the early 90s and the versions I have seen have all been a little on the grainy and faded side (but still much better preserved than the original). If you can find it, absolutely check out King Hu's Dragon Gate Inn. That one is a classic, but just be prepared for less than stellar sound and image quality (though it has faired better than his other classic, A Touch of Zen).  I'd also highly recommend the latest remake, Flying Swords of Dragon Gate Inn. That one also has the advantage of being directed by Tsui Hark (and in my opinion it is one of the better recent wuxia movies). 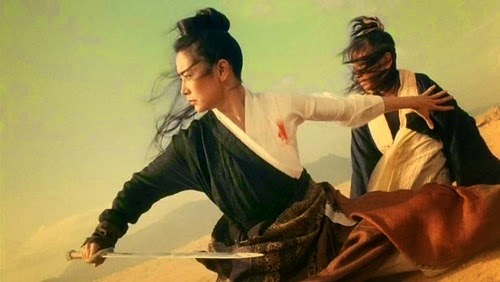