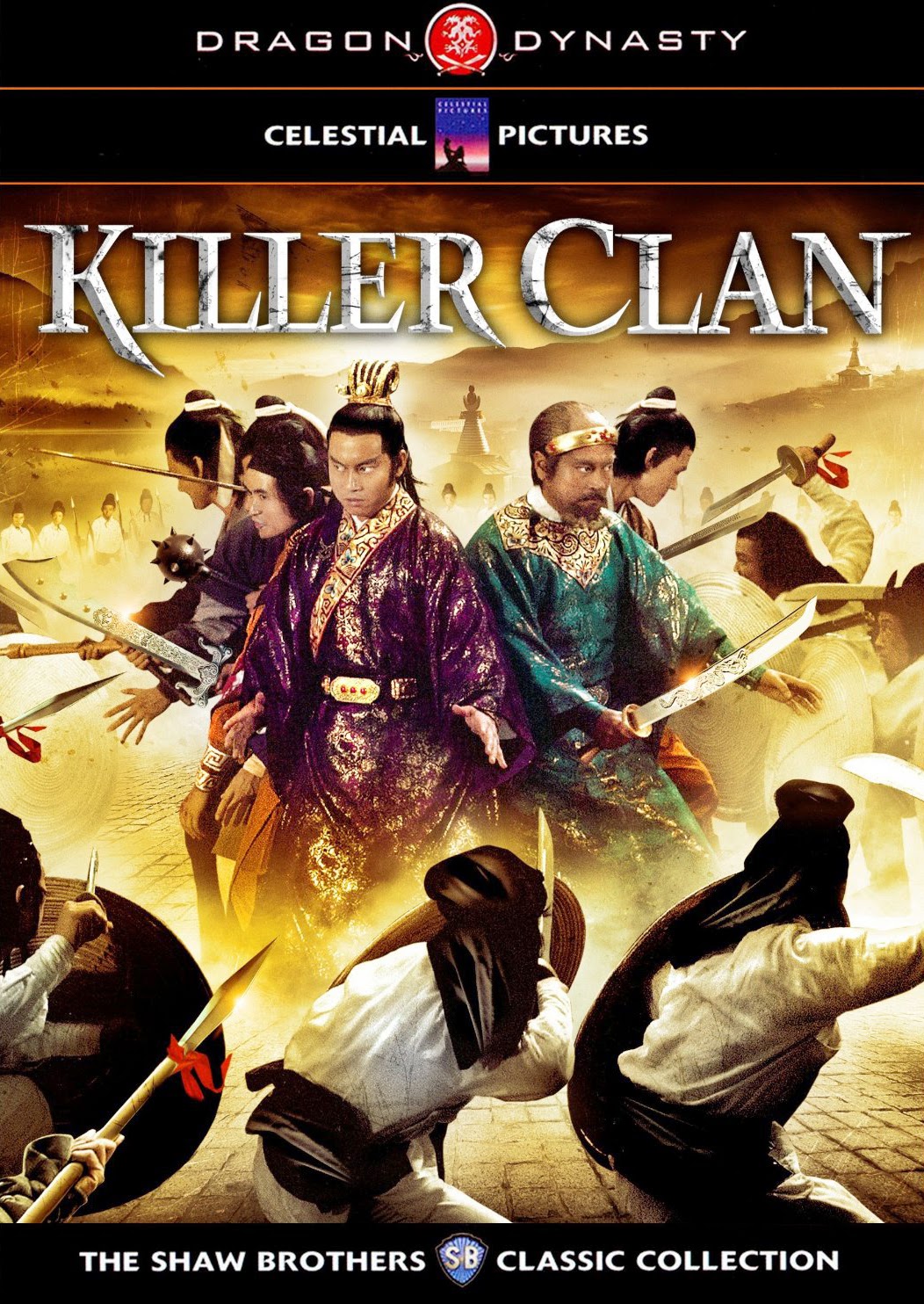 NOTE: Killer Clans is one of the more graphic films in the genre and I will be addressing that frankly. So be aware the following review contains things the Bedrock Blog normally avoids. This post also contains many spoilers because it is difficult to discuss the movie without getting into specifics.

The hero of Killer Clans is an assassin named Meng. An orphan, he was raised in a brothel by Lady Kao and kills for her when she receives contracts from members of the martial world. Lady Kao is vicious and has bred both Meng for killing. He doesn't fear death, but he has no real friends, family or loved ones. This is a recurring theme throughout the film.

The basic plot is a war between two clans: The Lung Men Society and the Roc Society. Lady Kao receives a contract to kill the head of Lung Men Society, Sun Yu, and assigns Meng to the task. Along the way, Meng meets a woman in a forest villa playing the guzheng. They talk about poetry and butterflies and she serves as a kind of contrast to the ruthlessness of Lady Kao. By the the time he leaves Meng has already started to fall in love with her. Meanwhile the growing blood-feud between the clans escalates as each side tries to outwit the other, leading to the murder of Sun Yu's son, and the death of many of others. 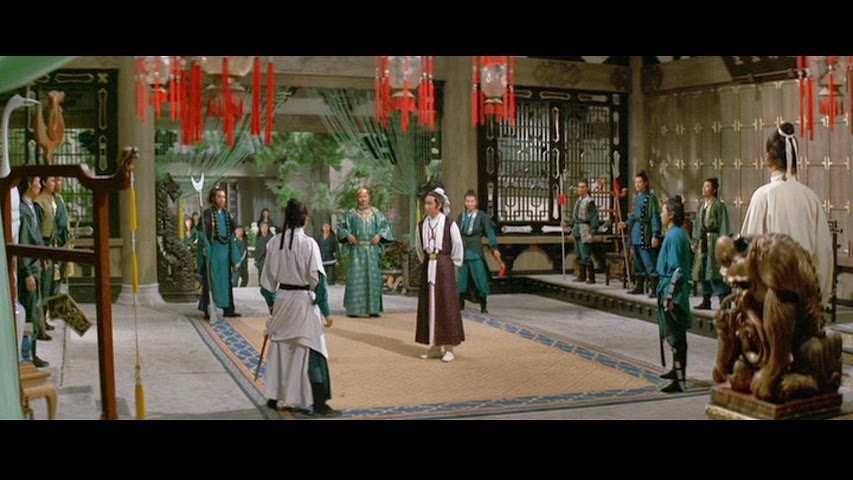 Lady Kao learns about Meng's meeting at the forest villa and reveals that the women is Sun Yu's daughter. Fearing that Meng might fall in love with her and refuse to complete his mission, Lady Kao sends another assassin to complete the task. He fails, and Sun Yu uncovers Meng's intentions but shows him mercy, bringing him into the fold of his clan.

Sun Yu weaves plans ridden with counter moves and feints and lays down preparations should the worst occur. It becomes clear there is a spy in his society and he must rely on his right hand man, Hsiang. However, Hsiang betrays him. He tries to seize Yu's position, wounding him with deadly needles and causing him to flee. Now the only one who can help Sun Yu regain control of his clan is Meng. It is soon revealed that Hsiang is the one who paid Lady Kao to have Sun Yu killed.

At this point in the movie things get very dark. Sun Yu has been making plans in advance for years. Throughout the film he talks about the importance of patience and planning, and it is obvious he has all sorts of contingencies in place. One such contingency involves a couple who leave near the end of a tunnel leading from Lung Men Society's headquarters. Sun Yu saved the husband many years ago, and they are pledged to help him hide in a well should he run into trouble (the details of this arrangement are a bit murky but apparently they have to commit suicide in order to keep the master's pursuers from finding his hiding spot). When Sun Yu arrives at the well, the couple's children rush from their home to see what is happening. The look on Sun Yu's face when he realizes they have young children, foreshadows what is to come. The man and wife hurry the master into the well and bring their children home for a last meal laced with poison.

The look on Sun Yu's face when he realizes children are going to die is intriguing. He is clearly appalled, apparently shocked, but continues with the plan and accepts their deaths in order to save himself. 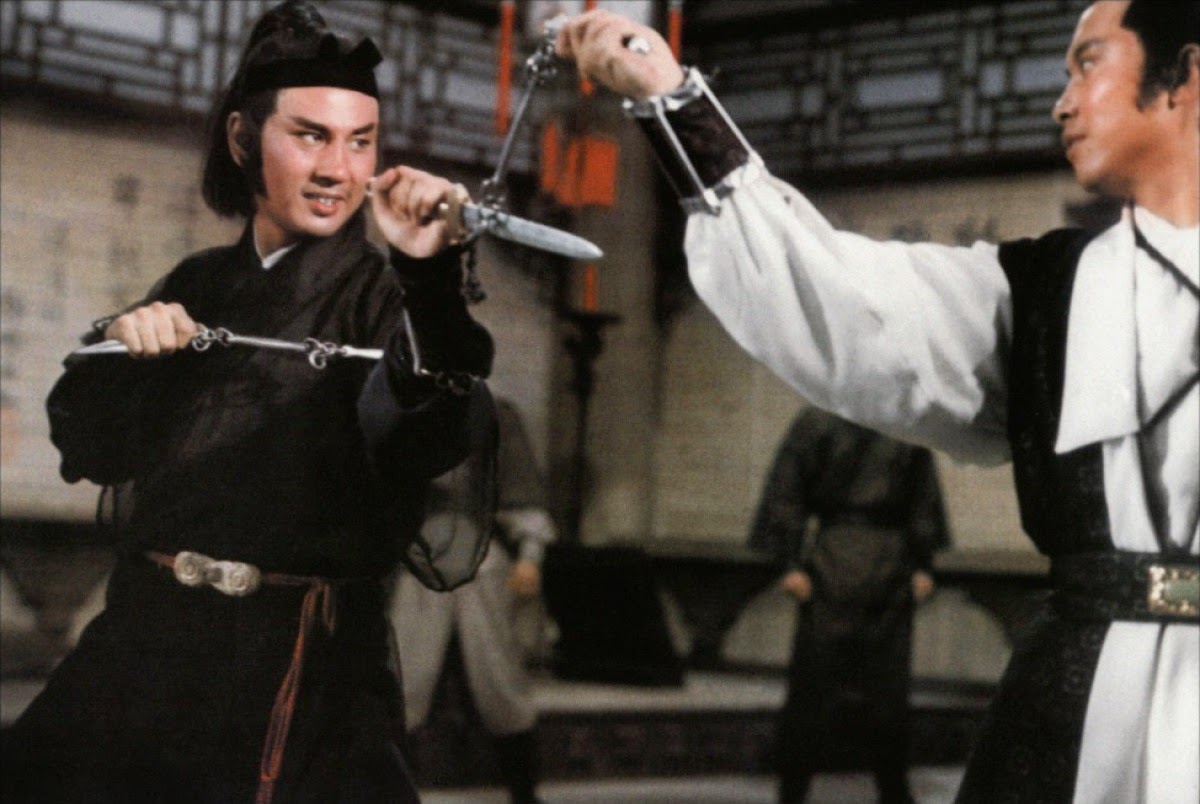 The film culminates with a climactic battle at Lung Men Society headquarters, as Meng and Sun Yu attack as Hsiang is trying to form an alliance with the Roc Society. Hsiang is forced to flee and finds refuge at the Dragon Gate Inn, operated by his childhood friend who gives him poisoned wine and kills him.

At the end of the film, Sun Yu sends Meng off to live with his daughter. At first this seems to be a reward for his aid, and perhaps it is, but he tells Meng he is sending him from the martial world because eventually he thinks Meng will grow ambitious and try to kill him because that is the way of Jianghu.

Cynical in its presentation of the martial world Killer Clans deals with the cycle of violence created by grudges and ambition. It is a story that emphasizes the cost of killing and of being a part of the clan system that makes up the Jianghu. It is also graphic, featuring nudity and rape.

Violence is common in these movies. Sex and nudity are not. At first these scenes seem thrown in to give the movie more allure. However I think the reason they are there is to emphasize the grit of the martial setting, the dirtiness of it.

It is an interesting film. The fight choreography is pretty good, if a bit stiff now and then. The characters seem pretty typical of many of the Gu Long inspired films I have seen (and the one Gu Long novel translation I've managed to get my hands on). I think much of it turns on that well scene. It is a terrible thing to witness but it also does give weight to Killer Clan's theme.

Posted by BEDROCK GAMES at 8:01 PM