Wuxia Inspiration: Detective Dee and the Mystery of the Phantom Flame 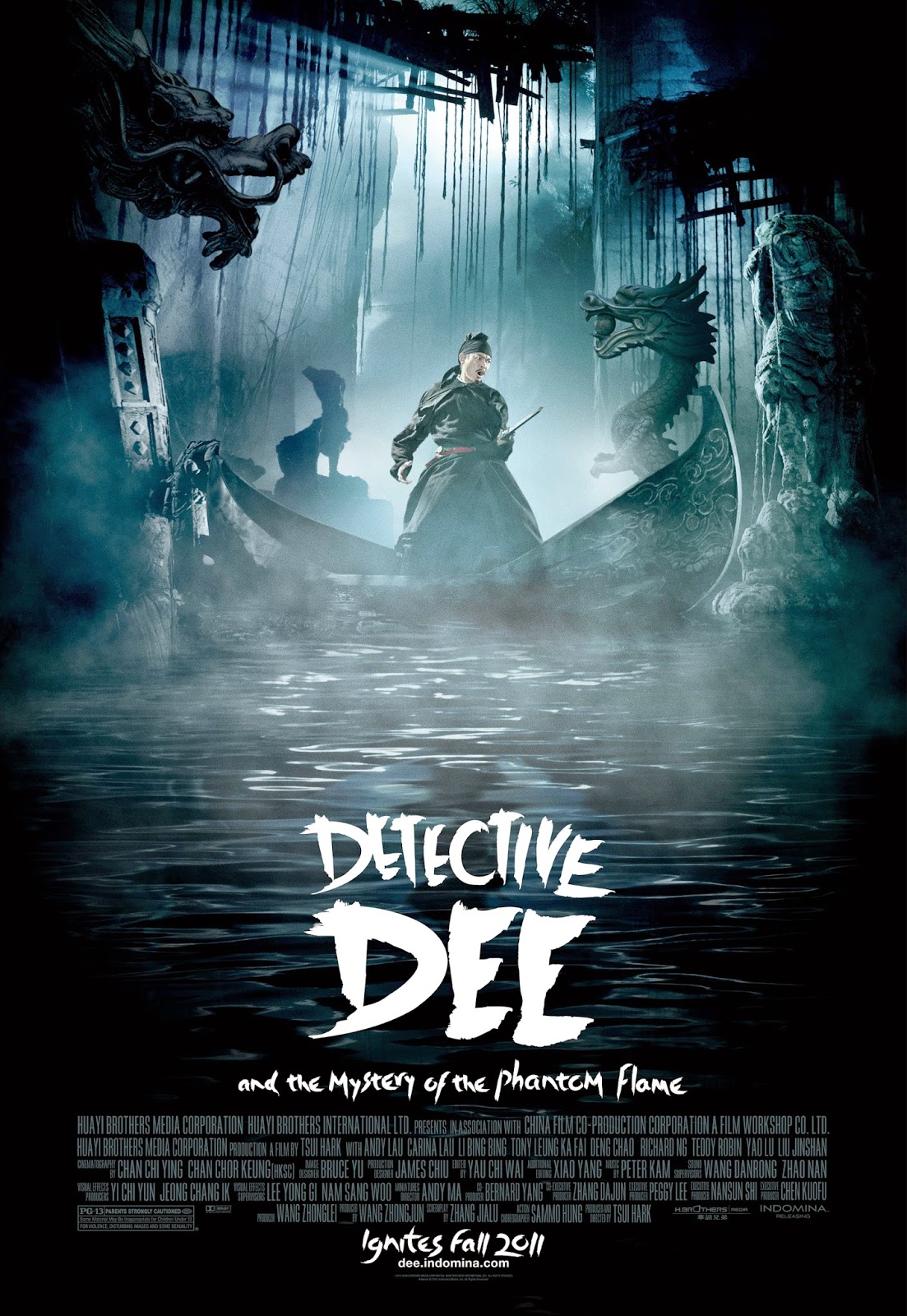 Wandering Heroes of Ogre Gate (WHOG) draws on a number of sources for inspiration. I watch a lot of wuxia movies and TV shows, and these have had a big influence not only on Ogre Gate, but on Sertorius and many of my d20 campaigns. I am hoping to share some of my favorite movies and shows in the genre here as we work on WHOG. I am also hoping that this will introduce some people to movies and television shows they may not have seen, or thought to view. I think wuxia has a lot to offer fans of fantasy. Detective Dee and the Mystery of the Phantom Flame is definitely a film that goes beyond its genre and has wider appeal.

Detective Dee is a 2010 release produced and directed by Tsui Hark (Peking Opera Blues and Once Upon a Time in China), with fight choreography and art direction by the legendary Sammo Hung. It stars Andy Lau (Detective Dee), Carina Lau (Empress Wu) and Li Bingbing (Jing'er). Set during the Tang dynasty in 689 AD as Empress Yu prepares for her coronation ceremony, Detective Dee mixes mystery, adventure and wuxia to stunning effect. This is one of my favorite films, and one of my top three wuxia films.

The film begins as Empress Wu Zetian, the first and only female monarch to rule China, is crowned after having been Empress consort for many years. For her coronation, Empress Wu has commissioned the construction of a vast statue called the Towering Buddha, which is so tall it casts a shadow over the coronation stage from some distance. When a dignitary form the west comes to view the interior of the statue, Master Jia (the Minister of Public Works who oversees its construction) bursts into flames and dies. 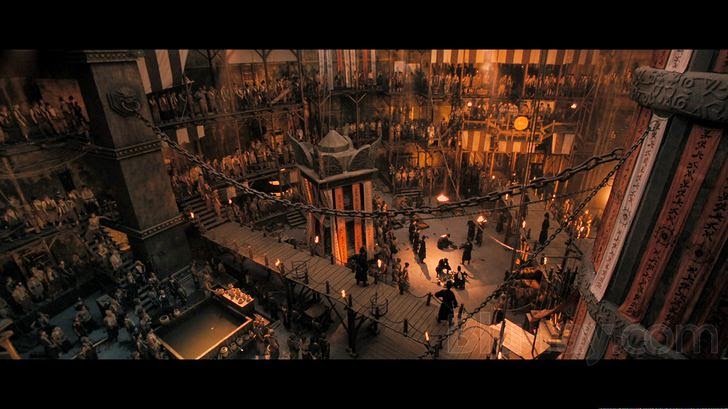 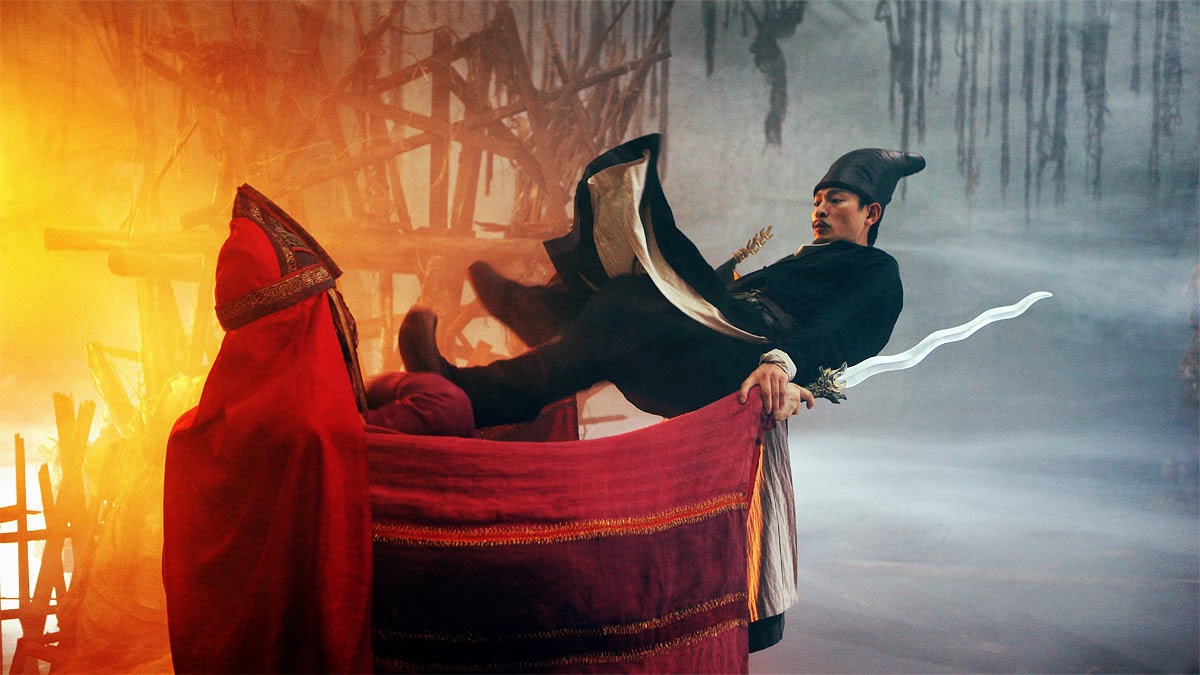 Detective Dee has been in prison for eight years, after being convicted of rebellion against Empress Wu. Through flashbacks it becomes apparent that Detective Dee was a loyal favorite of the former Emperor (who died mysteriously of "liver disease"). He is brought onto the case when the Imperial Abbott (a talking stag) instructs the Empress to release him to solve the murder. The Empress frees Dee and places him in charge of the investigation.

This is how the stage is set for the remainder of the film  Because it is a mystery, I do not want to give away much more than that. This is definitely a movie you want to see without knowing any spoilers. I will say the climax of the film is wonderful. It has everything and ends the movie with a bang. 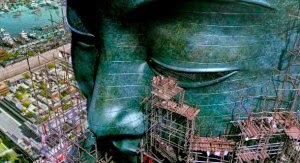 One thing I really like about Detective Dee and the Mystery of the Phantom Flame is the atmosphere created by Hark and Hung. This brings you into a whole other world. First you see a fabulously rendered imperial china, punctuated by the perfectly rendered CG of the Towering Buddha, then you travel with Dee through underground cities and temples, and bamboo forests. From a purely visual perspective, the movie gets high marks in my book. But the story and characters hold your interest as well. 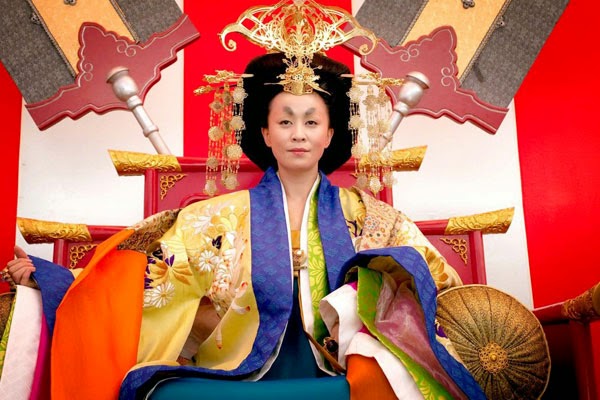 Andy Lau is excellent as the detective. He brings the intelligence needed for the role, as well as the physicality. Though Di Renjie was a real-life official during the Zhou Dynasty, Hark takes great liberties, making him a skilled martial artist. However I think Carina Lau's performance as the Empress, even though it is a smaller role, really makes the movie shine. This is a complex character, and she pulls it off.

The relationship between Dee and his fellow investigators is another high point of the movie for me. Again I can't spoil anything, but the story between him and Jing'er is well done and has many unexpected moments. The cooperation between Dee and the hot tempered Donglai (who appears to be some sort of albino) is a balance of hostility and respect that works very well. 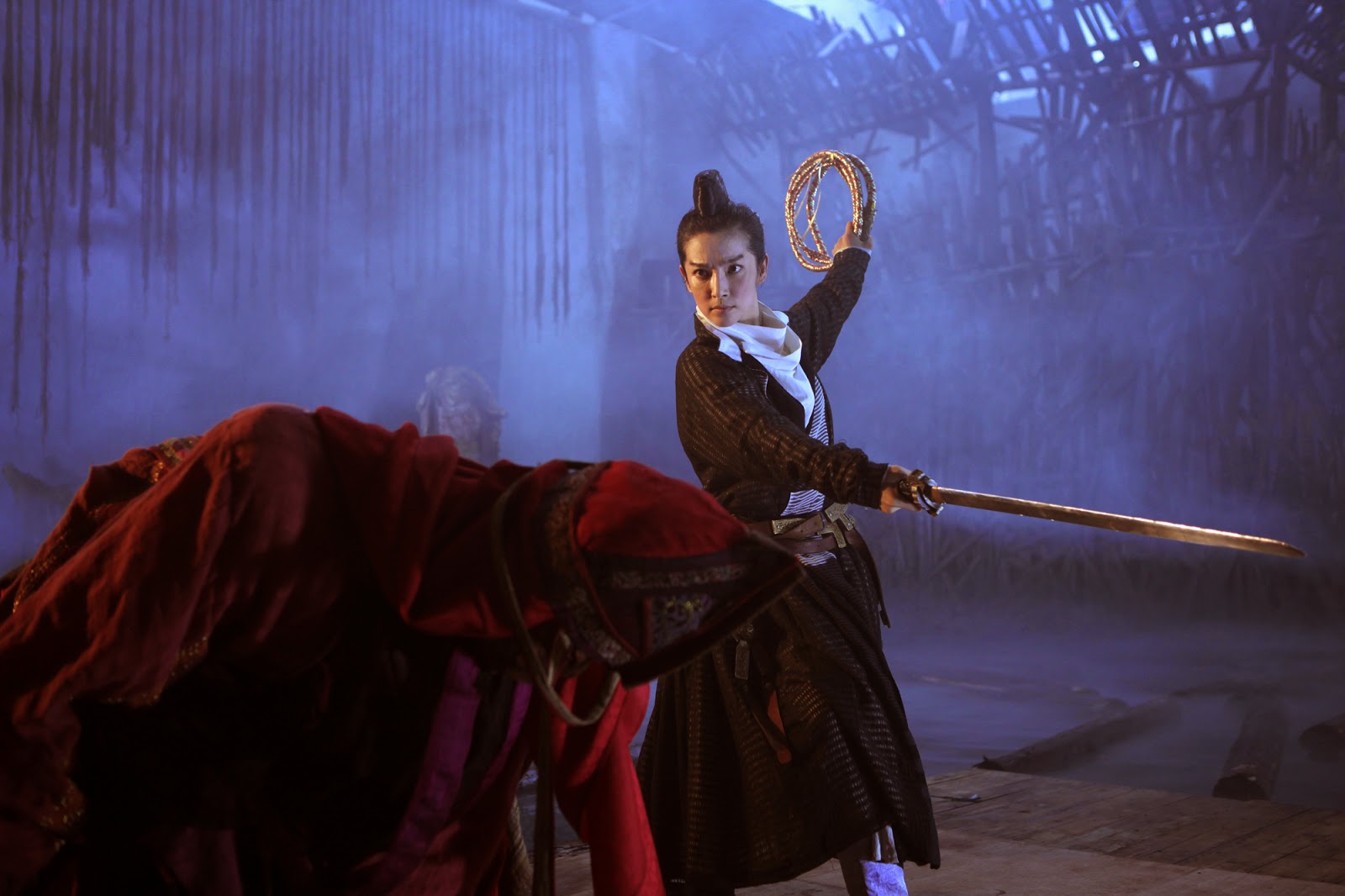 The fight scenes are impressive. With Sammo Hung as action director, you would expect that of course. Still they really stand out, a particularly well done battle that takes place in the underground complex called The Phantom Bazaar.

I think even if you don't like wuxia, even if you hate martial arts movies, this is one to view. Right now, I know it is on Netflix, and also available in DVD and Blueray. If you get a chance to view it, definitely do so. 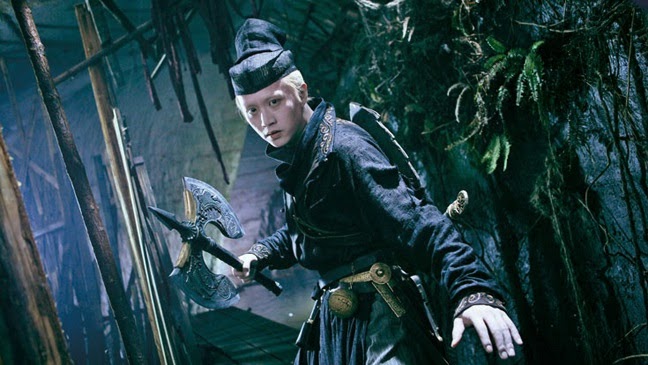 If you are a gamer or a GM looking for ideas, WATCH THIS MOVIE. Detective Dee and the Mystery of the Phantom Flame is right up your alley.

Also there is a prequel that just came out and is well worth viewing, called Young Detective Dee: Rise of the Sea Dragon.

Posted by BEDROCK GAMES at 1:39 PM