Tackling real-world history in an RPG can be daunting, especially if you have never done historical research. I think the first thing to keep in mind is even though history is a challenging subject and quite serious, your research is for gaming and therefore should be part of the fun. So do what you can and set reasonable goals for yourself. The last thing you want is to end up hating the very subject you are trying to learn about.

History can come up in a variety of ways in an RPG. For the Gamemaster (GM) this is usually in the form of information he or she needs in order to proceed with prep. It may be in a fictional setting inspired by history or one set in a real historical period. For example, a GM running a game set in The Early Roman Empire might want to know if they had inns in the city of Rome, and if so, what they looked like and who operated them. Right off the bat you start to see a couple of things: historical research begins with asking questions and often the questions that GMs need to ask are not covered by survey books available at the typical bookstore.

The GM frequently needs to know the minute details of street level life to proceed. So he wants to make sure he has the right sources for these kinds of details. But before he gets there it is a good idea to establish some basic knowledge in the subject. Which brings up the subject of historiography, a very important concept if you want to understand history.

Keep in mind, historiography means slightly different things in different fields, but in history it refers to the the "history of the history" of a topic. It is all the historical research that has contributed to our understanding of the subject in question. If you are looking at the historiography of Islam for example, you will want to look at everyone from William Muir to Montgomery Watt and Patricia Crone for modern scholars, but also look at earlier Muslim historians like Ibn Khaldun. You need to construct an overview of all the major developments and arguments in the study of the History of Islam. 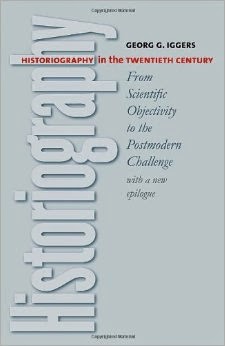 A good place to begin is to find some Historiography Bibliographies. These can be found at your local library and provide a listing of the historical journal articles, books, etc., for a topic. An example of a Historiography Bibliography  is the American Historical Association's Guide to Historical Literature. But there are many other books like this, some much more specialized. There are also historiography books that cover the range of viewpoints and research on a subject. You can also find broad overviews of Historiography such as The Classical Foundations of Modern Historiography by Arnaldo Momigliano, a useful starting point, or Georg G. Igger's Historiography in the 20th Century, which covers some of the major schools of thought among historians and can help orient a reader not familiar with these different viewpoints. I recommend both to anyone interested in learning broadly about historiography.

Keep in mind, you don't have to read books exclusively. Many smaller subjects in history are tackled by essays and articles, and often books are simply expansions of essays and articles. You will want to construct a bibliography that includes books, just know it can contain more than books.

What I like to do is establish what I don't know and then what I know. I do this before I get into any specific question. If I know a good deal, this narrows down the topics I need to cover. If I know very little, then I start from square one and try to build up a large base of information. 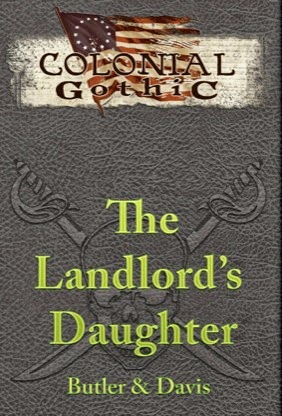 As an example, when I wrote The Landlord's Daughter for Colonial Gothic, I realized I had a lot to learn. While my education was in history, it was not in American History. In fact, I took a total of two required US history courses in college and that was quite enough for me. My interests were in the Mediterranean, Medieval Europe and the Middle East. So I had to build myself a bibliography. Because the adventure also included a book written in Arabic I was sure to include sources relevant to that as well.

The Landord's Daughter is set in Lynn Massachusetts, the area North of Boston, where I am from. I figured that knowing the local geography would come in handy, and it did. But I still had a lot to learn, so I came up with the following bibliography. It was far from perfect but serviceable at the time:

A History of the Arab Peoples, by Albert Hourani.

Massachusetts: Voices from Colonial America, by Michael Burgan with Brendan

Native Americans: A History in Pictures, by Arlene Hirschfelder.

Salem: From Naumkeag to Witch City, by Jim McAllister.

Some Annals of Nahant, Fred A. Wilson.

The Glorious Cause: The American Revolution 1763-1789, by Robert Middlekauf.

The Lynn Album: A Pictorial History, by Elizabeth Hope Cushing.

The Witch-hunt in Early Modern Europe, by Brian P. Levack.

Wayward Puritans: A Study in the Sociology of Deviance, by Kai T. Erikson.

Some of these books I had to read cover to cover and take extensive notes, some, like The History of the Arab Peoples, I had already read and used mainly as a reference book, others, like Some Annals of Nahant, would prove surprisingly invaluable. Once I had done all my reading and taken notes, as well as thought through the adventure and hashed out the details with Bill Butler (my co-writer) I went to the next stage of my research: primary sources.

This is where living in the area I was writing about turned out to be useful. The adventure covered historical Lynn (which included present-day Nahant, Swampscott and Saugus), Marblehead, Danvers and Salem (the last two very peripherally). Lynn and Marblehead have well run Historical Societies that preserve and catalog artifacts and function as local museums. They not only have libraries filled with primary source material, they also can answer questions and give tours of historical houses in the area. 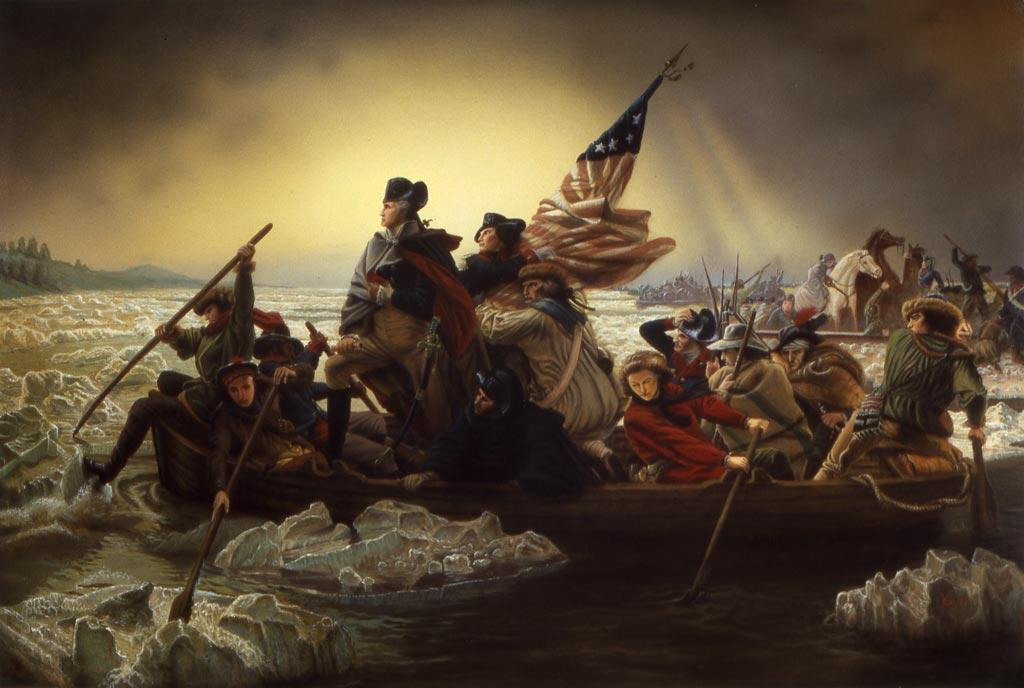 Here I found a number of journals, letters, objects and ledgers that really illuminated things for me. I also learned about important local figures and their residence by visiting some of the historical houses. The most helpful document, oddly enough, was a merchant ledger that itemized trade goods. In the adventure one of the NPCs is a merchant, but to be honest I had no real idea what a merchant from the area traded. The list of goods gave me a window into the local rum trade and this led to other documents that just really opened my eyes and breathed life into the history of the place I grew up.

Still, despite all this effort, I did make mistakes. Thankfully, Richard Iorio, the designer of Colonial Gothic and the editor for this project, caught them. His knowledge of American History, is encyclopedic and his editorial feedback found errors related to things like what resources might have been scarce at the time due to circumstances. The reason I bring this up, is to show that there is always the possibility of being wrong or making a mistake. Don't let that stop you from trying. At the same time, don't dig your heels in on history when you are wrong. Being wrong is wonderful because that is when you learn. This is why I start by figuring out what I don't know, before establishing what I know.

Hopefully this example gives you an idea of one way to approach history. Another important thing to consider: there are different kinds of history books and different kinds of historians. It is helpful to know which type will best answer the questions you have. There are micro-histories and macro-histories for example (one covers small scale things like an event, a person or a town, while the latter looks for larger patterns over time). There are biographies, narrative histories, etc. The crucial thing is the difference between a broad surgery, which might give you the entire history of Rome or a particular period of Rome and more narrow books that focus on a smaller slice, or just a specific cultural aspect of period. 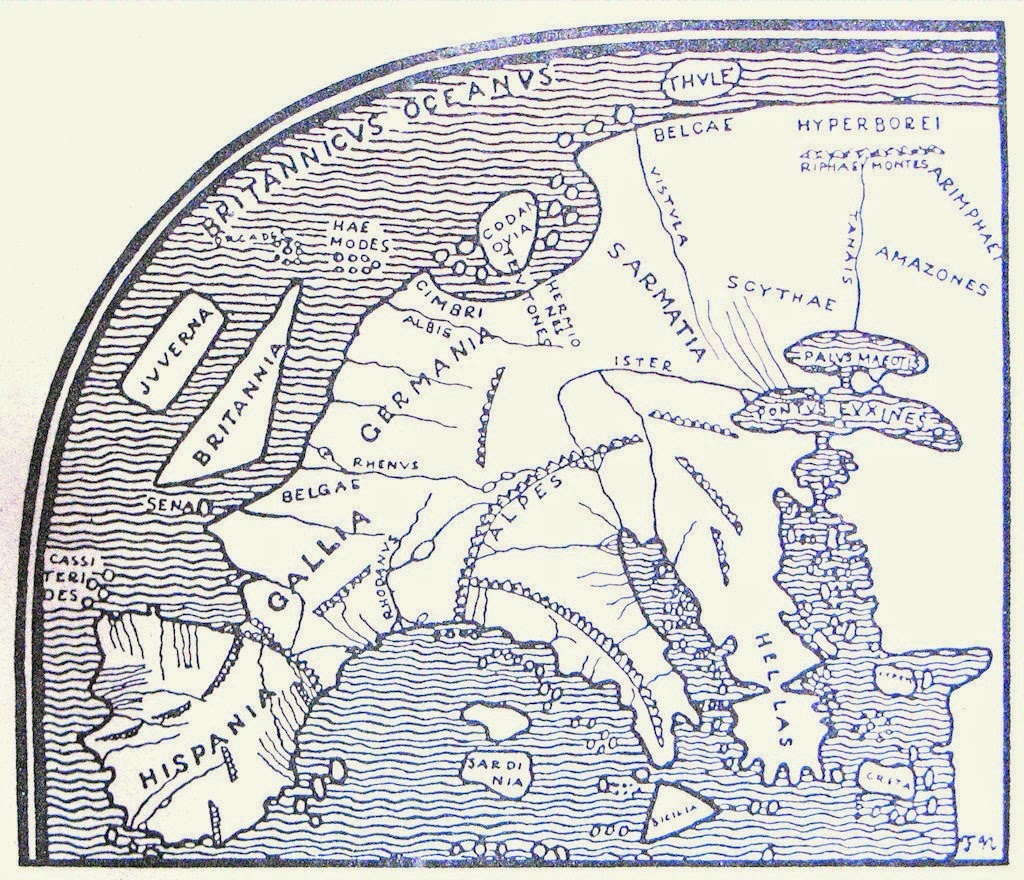 Let me give an example of how this might play out using Roman History. You are prepping a campaign set in the Early Roman Empire so you start by reading The Roman Empire by Collin Wells. This is a good overview of the empire from 44 BC to 235 AD. It is also pretty lean, so it doesn't take much time to read. But then you realize you need to know more about how cities function on a daily basis, so you pick up Daily Life in the Roman City, by Gregory S. Aldrete, which gives some detail on life in Rome, Pompeii and Ostia. This is useful if you want to learn how merchant associations worked. You might at this point feel confident about running a city adventure set but still a little unsure about the intricacies of Roman society beyond Rome. So you read Roman Social Relations by Ramsay MacMullen, which provides some information on Roman society between 50 BC to 284 AD, with more coverage of the provinces and the rural. After you start your campaign, you feel ready for some primary sources. Knowing the party is headed to Germania Inferior, you read Germania by Tacitus, a Roman ethnography on the Germanic tribes. This gives you plenty of ideas for adventures and setting so you then read Pomponius Mela's De Situ Orbis andy his gives you a better sense of what the world looked like through Roman eyes.

I think the key is to set goals using the above methods or any that work for you, make use of local libraries and historical societies and to scale the project to your comfort level. You don't need to do all the things I have laid out. It is enough to know that these sorts of things are out there if you need them. This is after all your game and how you research must serve your needs at the table.