SERTORIUS CAMPAIGN NOTES: THE FIRST WEEK OF THE SER-VEL

Another entry in my campaign notes series. I post them so folks can see how I've managed and run Sertorius and Wandering Heroes of Ogre Gate. 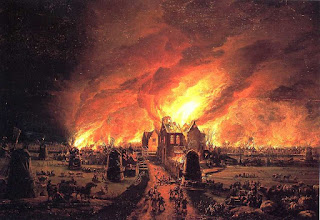 These are my notes for the adventure following the party's attack on Goff-Tan (the notes for the attack are HERE). After that adventure they took over his tower and united with the Sertori prisoners they found, establishing a powerful group. They called their organization the Ser-Vel and set out to destroy the influence of the Gesarians. This adventure was meant to be the challenges they faced the first week. I will post my notes for the second week separately.

SWORDS OF THE FOUR TAVERNS: FIRST WEEK OF THE SER-VEL

These are the initial events and situations surrounding the Ser-Vel on their first week.


The Assassin
Rasimon arrives in Goff-Tel within days and presents himself to the party as a healer of great skill and enemy of Gesara. Goes by the name Phra Nuntha.

Finding Ruega in Narna
Vaela receives word that Ruega was seen at the Church of Ramos in Narna and that his contact (Kolga) has observed meetings between Ruega and several people in her tavern.

Narna: This is a village of 600 people under the authority of Goresios Maorides. They have ties to Goff-Tel, as the villages trade with one another. The population is mainly Kash humans but there are Gru here as well. The village is divided into a number of clans: Ruebel, Holtabel, Harntabel, Greebel, Parshgruga (Gru) and Barnskarga (Gru). The people of Narna do have a Vel of six, but the council answers to the Eparkos Lucas (the son of Goresios Maorides).  Eparkos Lucas is terribly bored and not very interested in local events. He hasn’t even noticed the presence of Ruga or the Bloodcult, instead spending most of his time drinking with his men at the Stewed Pulpatoon. He has 20 soldiers to assist him.

There are two inns here: The Stewed Pulpatoon and the Red House of Narna. The Stewed Pulpatoon is owned by Horaff a Gru with ties to Goresios. The Red House of Narna is owned by Kolga, a human informant of Vaela. There is also a Church of Ramos here managed by Mother (Ulami) Karima.  Mother Karima has ties to the Blood Cult. The Church is a Ronian Thelos structure (a round temple with a circle of pillars on the interior). Homes in the village tend to be round houses made of thatched roofs and daub and wattle or wooden walls.

Narna grows beets, chestnuts, oats, squash, beans, carrots, parsnips, cabbage and barely (all dependent on the time of year). Livestock are common here as well and include: sheep, pigs, and chickens. They also raise large numbers of rabbits and are famous for their rabbit stew.

The nearby hills afford excellent pastureland for herds and many of the locals are shepherds.

Church of Ramos
The church of Ramos is a circular Tholos structure, built long ago by one of the early kings to thank an ancestor of Goresios. It hasn’t been well kept over the years. The peak holds a statue of Druza and the floor has a sun mosaic with a bird. There is a second floor supported by the pillars and made of wood beams. This is where Mother Karima is keeping Ruga with the blood acolytes. Mother Karima herself resides in a small wooden home nearby.

2. Katina Val-Qart (Assassin), Dwarf
Earthbound: Roll 1d10 against a target’s Evade, on a Success their feet are rooted to the earth or stone (Muscle TN 7 next round to escape).
Bone Sword of Gel: Anyone struck by sword keeps bleeding for 2 rounds (taking 1d10 damage each round). Damage: 3d10.
6. Mother Karima, Human
Spirit Form: She can take the form of a spirit and while in that form is immune to mundane attacks and can drain 1 Hardiness on a successful Wrestle Roll.
Wail: This causes so much pain to the ears and body that it freezes people in their tracks so long as she maintains it. 1d10 against Resolve.

(1) Smite: By touch, causes 4d10 damage against Sertori and causes them not to cast spells for 1 round.

(1)Retribution: If successfully attacked by a spell and survive can cast it back at exact same effect on caster.

To the Sage and Pius Gesara Namburi of Palus,

Disaster has arrived. Father was attacked by the Sertori of the House of Bora and the entirety of the cellar. They killed him and Ruegar. There are many of them and you must tell to the king to prepare for conflict. I will go North to Qelna. It is our only hope of containing the Sertori. Before you send men to stop me know this: Qelna is no legend, nor is it the ruin the world believes. I have seen it with my own eyes, for it is visible to our kind upon close inspection. There is a weapon there, an artifact that only we can wield. With the sword I will be more powerful than an army and impervious as stone. Have no fear Gesara, father trained me well. I know the temptations, I know the limits of my own spirit. I will not succumb but defend the Kingdom from this evil horde.

*This note was a trap to get the party to go to Qelna. Ruga wanted it to be intercepted.
Posted by BEDROCK GAMES at 8:39 PM