ORCS OF THE NORTH: GRU BLOOD

We continued our efforts to capture a member of the Caelcori in an ambush at a false Inn. The events leading up to the current situation are described in this entry: Audience with Ozias. *Characters present were: 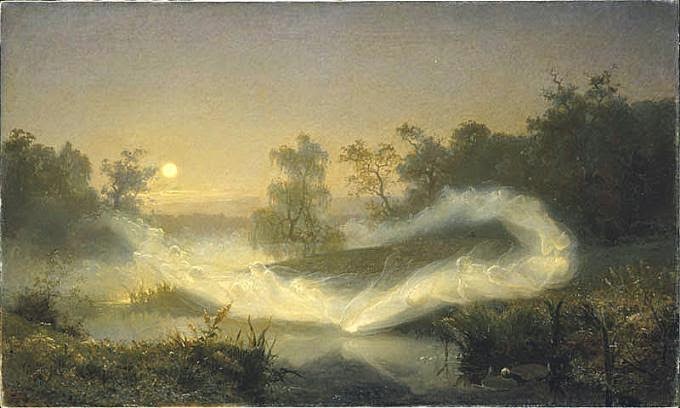 -Festus, a Halfling from the Shahr Republic who has business in the North (incorrectly identified in the last entry as Shillek*).

Aetos continued to drain the Gru of blood. The Gru cast a spell called Blind Hatred, causing him to burn red with rage and obscure his own vision, but imparting tremendous power that made him hard to wound. We continued our attacks on the Gru as Aetos drained him, but we heard a voice outside demanding our surrender. We hadn't planned on more than one Caelcori showing up and were taken completely off guard by this development.

A haze of magical fear settled upon the Inn and one by one we succumbed to it. It affects were not overpowering but did cloud our judgment. Festus went to the window and spotted a large wolf starring from the woods. As he did so the door burst open and an Ogre came crashing in. Ah-Sri threw an alchemical smoke elixir at the doorway causing the place to fill with clouds of dark vapor. Enos launched some arrows at the giant creature. Mogar also cast Blind Hatred, and went into his own frenzy, driving the Ogre back through the door. Poro cast Splintering of Yaum but failed and was overcome by his magic. He still split into four versions of himself, but they went mad, attacking anything in sight. The energy warped his body and mind causing him to grow an additional head.

We eventually managed to control the situation, with Festus using Doom Hammer (a spell that creates a glowing two-handed maul) to finish off the Gru, allowing Aetos to make it his thrall. As the Gru died, he fed it his own blood. Our information indicated it would rise as a vampire under Aetos' control in a few days or so (of course we were not certain if our information was accurate).

Outside the doorway Mogar and Festus continued fighting against the Ogre and found themselves taking arrows from an Orc that flashed in and out of existence (we still are not sure what power it was using). Festus again let his Doom Hammer fly against the Ogre and killed it. That caused the wolf and our mysterious archer to flee.

Enos decided to try to raise the Ogre as a zombie servant using Spirit Bind. However he failed his casting and it unleashed an Angry Spirit on the party. The spirit wailed, causing everyone to burst into flames. Thankfully Mogar cast Baal-Shillek's Spinning blade and destroyed the spirit. Enos then used his Heal spell to help those afflicted by the fire.

The party then headed North back toward Neoda but stopped along the way in a village to raise the thrall of Aetos. Seeing opportunity and being high priests of Ozias, the party told the villagers that a miracle was about to happen, that the Vessel of Ozias was preparing to raise a special servant and that any who offered their blood would be blessed by the god. This proved useful as it allowed the two vampires to feed without killing anyone.

After we raised the Gru from the dead as a vampire thrall, we asked it about the Caelcori and learned that they knew of our plan to ambush one of their members, so sent several of their order to the Inn. When we inquired further it stated that they had learned this from a source close to us who wrote a note.

We then rested before resuming our journey to Neoda.

*Note I was operating off of incorrect notes when I created this list and have updated the character names and descriptions accordingly.

Posted by BEDROCK GAMES at 8:50 AM