Still been fiddling with Wuxia Chess. Trying to make minor changes each time I play. This isn't meant to be an expansive game, though I have thought of doing a variation that uses cards and has many more Wuxia Techniques in each category. For now I am taking a simple approach to make it surprising and fun, but not too crazy. There is a bit of a Stratego element with the Secret Hero rule that has worked very well (it just makes the game more exciting and unpredictable). To enhance this a bit, we enhanced them. Now Pawn Techniques can be used against the Queen (but not the King). This makes for a very different game. There is also a new optional rule that allows the Rook to move through its own pieces on a Blazing Charge. We want to playtest this more and see how much the game changes as we increase its efficacy (now you can only do it if you don't capture, but my intent is to move it in that direction eventually after we've used the rule enough). 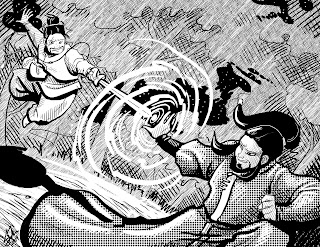 Wuxia Techniques do not work on Kings or Queens. They are immune to these abilities. Pawn Techniques are an exception to this rule. They work against the Queen but not the King. 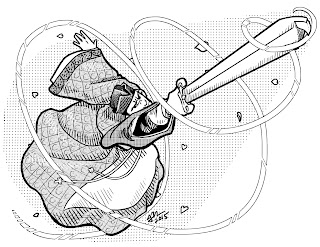 Blazing Charge (Rook): You blast your foes in a blinding charge, leaving a trail of bodies in your wake. You may continue moving and capture one extra piece in your path. For example this allows a Rook to move forward two spaces, capture a piece, then continue forward until it captures another piece. Optional Rule: The Rook may move through its own pieces if it does not capture on a Blazing Charge. 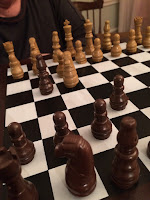 Grace of the Tiger: You effortless evade attacks and are difficult to capture. First attempt to capture you always fails. The piece that attempted the capture returns to its original position. This still counts as your opponent's move and ends their turn.
Posted by BEDROCK GAMES at 11:27 AM