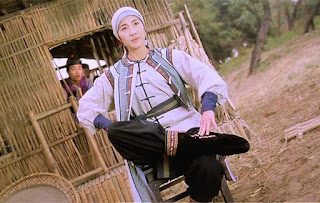 With the release of Everything Everywhere All at Once, which I haven't yet seen, I thought I would put together my own top 3 list of Michelle Yeoh movies. I saw other blogs and websites making these sorts of lists and just wanted to put down my own recommendations. Originally I was going to do a top 5, but I think limiting myself to three will force me to make tougher choices. I really wanted to narrow it down to the three I consistently go back to again and again. This list is just based on my own enjoyment of a movie, not whether it should have a 100% freshness rating. Often I prioritize the action performance and the charisma of the lead in these kinds of movies (Michelle Yeoh brings both but in each of these three movies, I think she brings them in different ways). Because I am an action fan, I am going to stick with what I know and just do a list of Michelle Yeoh action films.

This is definitely my top pick. It is a great movie, with wonderful fight choreography and a perfect blend of action, humor and romance. Directed by Yuen Woo-Ping, it stars Michelle Yeoh and Donnie Yen but also has a nice cameo of Cheng Pei-Pei. The supporting cast is also excellent (I particularly like Kingdom Yuen as Abacus Fong). Plus it has Norman Chu as the villain. Yeoh plays the founder of Wing Chun, Yim Wing Chun, who runs a tofu shop and helps protect the community from local bandits. There is a lot more to the plot than this simple break down. It is a charming story, with a very precise and athletic performance from Yeoh. The final fight is outstanding, and is crammed with subtext. There is also a classic fight sequence in the middle involving a platter of tofu that is simply amazing to watch. I have found this one to be hard to find on physical media in good quality (many of the versions i have picked up have less than perfect image quality). It may be easier to find a decent copy now. 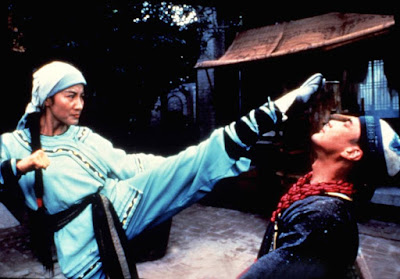 This is one of my favorite physical performances by Michelle Yeoh. There is so much energy in this movie and she is paired up with Cynthia Rothrock as well (they make an excellent duo). The plot is pretty simple and mostly serves the action of the movie, but it has a lot of outstanding characters and one of my favorite one-note villains (I don't mean that as a negative, I like one note villains when they are done well and performed well and in this movie the bad guy always makes me smile: and what a note!). Directed by Corey Yuen this movie kicked off the Girls with Guns subgenre. Like a lot of movies from this era, it is very efficient in the best way. At 93 minutes, I am always surprised how much it manages to pack in without confusing me as a viewer. It has tons of action, plenty of humorous moments and juggles its characters well. It is part of the In the Line of Duty series. She is in the sequel, Royal Warriors, which is also enjoyable (but the first one is what I always keep going back to). 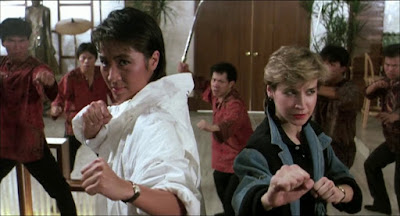 This is a stellar movie. I find it to be her most moving action movie. Reign of Assassins is a wuxia story in the style of Gu Long. My understanding is it isn't based on any particular Gu Long novel but was meant to capture the feel of Gu Long. On that front it succeeds, but it also manages to get very deep and touch on profound religious themes. It is the kind of film where you will notice so many little details the more you watch it (for instance how characters mirror each other in different scenes). This one is very dark with well-drawn characters and a good story with a lot of heart. It is a little involved but the gist is she is a member of a gang called Dark Stone, and flees with a relic she was meant to bring to their leader, has an encounter with a monk that changes her, then goes into hiding and tries to live a normal life. There is much more to the story than this, but I don't want to give anything away.

Obviously this list is based just on my own set of preferences. Many of her other films would make it to the 1 or 2 slot in most other peoples list so do take mine with the appropriate grain of salt as I don't want anyone to miss out on her better movies. 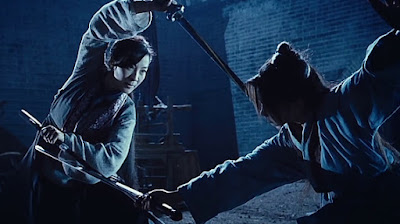 Michelle Yeoh has so many great movies. Magnificent Warriors is one of the ones I enjoy rewatching. Her performance is great and it is a terrific action movie. Police Story 3 (also called Supercop) is wonderful as well. This movie is notable because she is going toe-to-toe with Jackie Chan as his new partner. Her stunts in it are unbelievable. I think for a lot of people this would be their number 1 or 2. I love the police story films. And part three really stands out.

Crouching Tiger, Hidden Dragon is also another significant one. I remember seeing it in the theater when it came out in the US. It definitely made an impact on me. The only reason I don't include it here is the pacing of that film is a bit slow so I rewatch it less than some of her other movies (it isn't bad that it is slow, it is meant to be a languid and graceful cinematic experience, but that often is a deterrent to me watching it if I am tired). 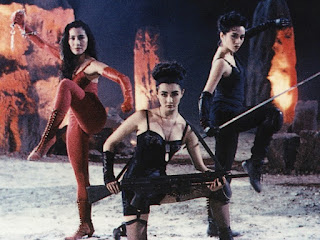 One of my favorites, and I know this isn't one everyone likes, is the Heroic Trio (I love the sequel, Executioners, as well). It is basically a martial arts superhero movie (and I am not usually a superhero fan). It is a great cast with Michelle Yeoh, Maggie Cheung and Anita Mui. I think some people might describe this as a somewhat corny movie, but I thoroughly enjoy it.

There are plenty of other good ones. Butterfly and Sword (I quite like this one but the middle drags a bit). Tai Chi Master is more of a Jet Li movie but I love her character in that film.

While it isn't a film a regularly rewatch, Holy Weapon is an interesting one and worth seeing. Definitely check this one out if you can find it simply because it is rather unusual. She is part of a very large cast in it and I don't want to spoil any of the details. Suffice to say this is something of a gonzo wuxia film.

Posted by BEDROCK GAMES at 1:02 AM