I visited Dogtown with some friends the other day. It is an interesting site in Massachusetts, a ghost town known for its strange boulders and witches. Now it is basically a nature trail.

Dogtown was an inland settlement established in 1692 between Gloucester and Rockport, away from the bay so the inhabitants could be safe from attack. It was named after the dogs kept by the wives during wartime, and in its decline became a haven for widows, vagrants and outcasts. Some accounts also say these dogs became feral and roamed freely in the woods. 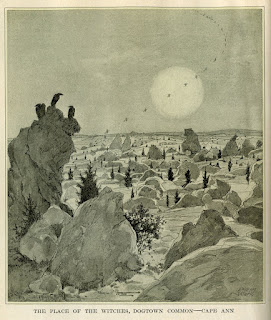 Many of its later residents were believed to be witches, including a notable woman named Thomazine Younger. Supposedly she demanded offerings of corn or fish from people who wished to pass through in peace. It became something of a safe haven for people on the fringes of society. The last resident of Dogtown was a freed slave named Cornelius Finson (when they found him he was sick and his feet were frozen, so he was brought to Gloucester).

In the depression a millionaire named Roger Babson hired stone cutters to engrave inspirational sayings into the boulders in the woods (these are now known as Babson's Boulders). Babson was the founder of Babson College, an engineer, a descendent of the original founders of Dogtown, and had a thing about gravity (attributing its power to moving the stock market and starting an institute to help shield people from its effects: the institute later turned towards the study of gravity). 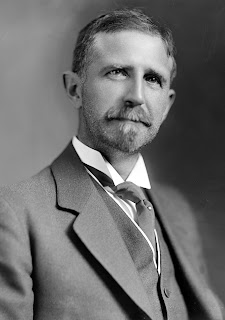 The engraved boulders are part of a system of giant stones left behind by the last glacial retreat (the whole area is famous for large and unusual stones). There are trails leading through the network of engravings. The stones are engraved with phrases like "Spiritual Power" and "If Work Stops Values Decay". Some are a little more harsh. 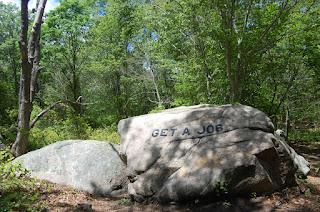 There are a lot of paranormal legends associated with Dogtown, including stories of a werewolf. There was also highly publicized murder her in the mid-1980s (there is a book about this by Elyssa East called Dogtown: Death and Enchantment in a New England Ghost Town).

Our main goal was to see the boulders (which we were not terribly successful with). We found cellar holes (boulders with numbers engraved on them). Here are some of my thoughts and below are some photos). 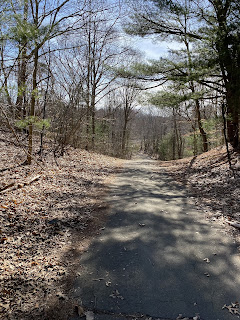 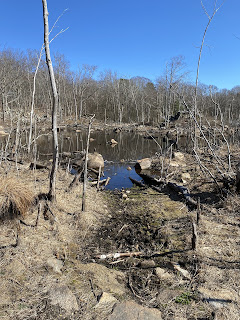 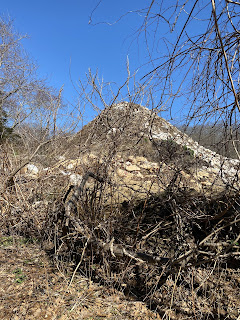 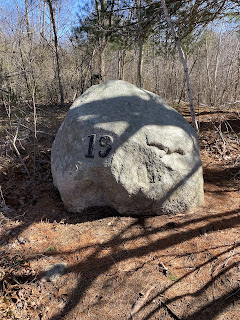 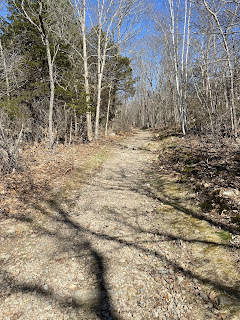 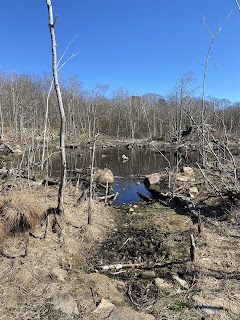 Posted by BEDROCK GAMES at 8:20 PM