A while back I was going to do a top ten wuxia movie list but every time it just filled up with a bunch of Chor Yuen movies. Ideally I want such a list to list the same director no more than once or twice, but I found it difficult to do. So here I am making a list of my five top Chor Yuen wuxia movies, so I can get it out of my system and then do a more restrained top ten wuxia movie film list.

Putting this list together was not easy. Chor Yuen made a lot of great films including Web of Death, Legend of the Bat, Death Duel, Jade Tiger and many more. The criteria I used was the movies on my top five list had to have a strong emotional impact, had to be films I kept thinking back to and analyzing, and needed to be films I saw more than five times (i.e. movies with good rewatch value).

Made in 1976, Killer Clans is about an assassin who finds himself embroiled in a war between different martial sects. Based on the Gu Long story Meteor, Butterfly, Sword, it was the movie that convinced me my favorite wuxia director is Chor Yuen (and that's saying something as there are a number of amazing wuxia directors). This is based on a Gu Long story, itself inspired in part by the godfather I believe, and depicts a martial world ripped apart by violence and sect conflict. This movie is about the martial heroes more as gangsters than saviors. Even though it takes a lot of beats from Godfather (which itself is just taking the beats of the war in heaven and the archangel Michael's defeat of Satan and his forces), by transporting it into a wuxia setting it creates something totally new. If you like movies like Goodfellas or Colors, this will be the wuxia film for you. It is a brilliant depiction of the cycle of violence and how rising to the top can lead to a complete loss of humanity. 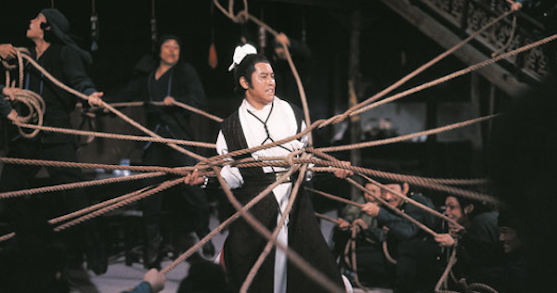 Also released in 1976, Magic Blade is an adaptation of the Gu Long novel Horizon, Bright Moon, Sabre. I am sure this would make many peoples number one, and I can't argue with that. Magic Blade is probably the best introduction to Chor Yuen. It's also a wildly entertaining movie with plenty of twists and comes with a great performance by Ti Lung. It also features some truly memorable characters, perhaps most notable: Teresa Ha Ping as the unforgettable Devil Grandma. This is another Gu Long book translated to the big screen by Yuen, and it works brilliantly. Like Killer Clans, it can be a confusing watch the first time (especially if you've never read the book) but if you just sit back and enjoy it, you'll have fun (and clarity will come with repeat viewings as you pick up more details. 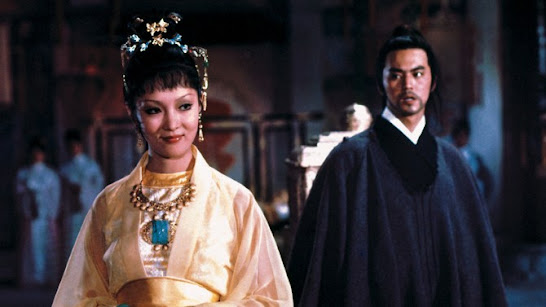 This is a 1971 heist movie where all of the characters are pretty horrible (in the best sense of the world). This ultimately leads them to fight over the gold they've stolen. I love the heist part of the movie but even more I adore how well Chor Yuen captures four terrible people on screen. It isn't easy to make viewers care about characters like this, but he pulls it off. It also has a wonderful opening sequence featuring clever visuals for Qinggong, or lightness kung fu. Duel for Gold is hard to find these days, and it is a little less well known than some of his other films, but if you like gritty 70s movies that are more about following morally gray characters, this is a good wuxia film for you. It is also shot in the classic Chor Yuen style with towering characters on the screen. 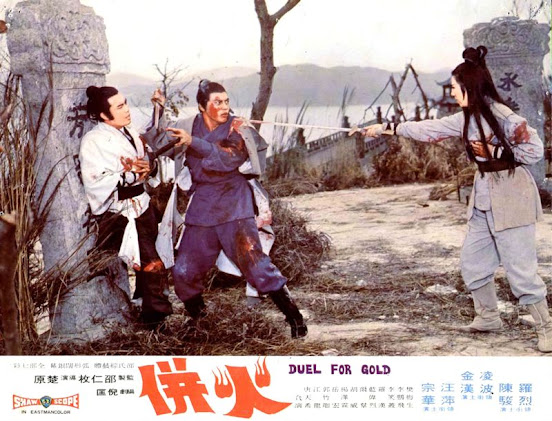 Released in 1980 and based on the Gu Long novel of the same name, Heroes Shed No Tears is about a young swordsman played by Alexander Fu Sheng who gets swept up in a conflict in the martial world as an ambitious villain seeks power behind the scenes. It is an emotional movie, pushing its staunch heroes to the point of breaking. This was vying for my number one spot. It is a tremendously good movie. It might not translate as well to modern audiences as it did for me. When I first watched this, the opening music had me right away, and when it was done, I immediately rewatched it (then continued to watch it all week and the following week multiple times). That kind of reaction only happens if a film gets me emotionally and something about this movie did so. It is a combination of factors. There are a handful of shocking and surprising sequences that floored me. One moment in particular, where Ku Feng gives a moving speech that helps sum up the themes of the movie and the film on which it is based was something I found stunning at the time. Like the movie below there is a lot going on in this one, and I don't want to spoil it. Unlike the movie below, the title really does capture what the movie is about. 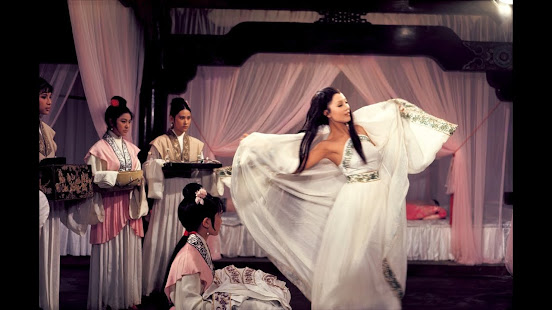 1. Intimate Confessions of a Chinese Courtesan

Made in 1972 and starring Lily Ho and Betty Pei Ti, Intimate Confessions of a Chinese Courtesan is an artful story of revenge. I believe this is his masterpiece. Right from the opening sequence you know you are getting something different. Chor Yuen is a master of making films beautiful, and his films are often a study in beauty, so it makes sense this would be a film where his talents shine. I feel like there are two Chor Yuens, the Chor Yuen who makes films where characters are literally larger than life like this and Duel for Gold, and films that focus more on the beauty of larger scenes and sumptuous set designs. This has always struck me as the former and a very good example of it. There are still plenty of amazing set landscapes but it shines when it fills the screen with a character's personality.

The movie is about a courtesan named Ai Nu (Lily Ho) on a path of vengeance who ultimately fails in her quest for retribution because she isn't as wicked as the woman who is object of her rage. She murders those who wronged her, leaving a trail of murder that a local constable played by Yueh Hua tries to puzzle his way through. For viewers not as acquainted with the genre, I might compare it to a film like Kill Bill. The main character Ai Nu becomes attracts the attention of Lady Chun (Betty Pei Ti), the boss of the Four Seasons Brothel. Lady Chun forces her into prostitution, and Ai Nu slowly plots her revenge (beginning with some of the clients she most despises). However she relies on deception to achieve her goals, feigning love for Lady Chun, feigning interest in the clients she wants to kill. There is a lot more to the movie than the title suggests (the actual title of the film in Chinese is simply Ai Nu). One thing I love about it is how it incorporates a lot of horror movie stylings to build up its villain, Lady Chun. It's also interesting because the female characters are the most prominent and the most lethal in the film.