BULLET TO THE HEAD: NOTES ON CRIME NETWORK LIGHT

This is just something I am putting together for my home games of Crime Network (if it is substantive enough I may release it as a small PDF or book). It is a stripped down version of the system, where I take out the rules that drag down play, throw in a few tools to make things function better and restore the lethality to the system as it existed prior to making it a Network game (originally Crime Network used a completely different original system). 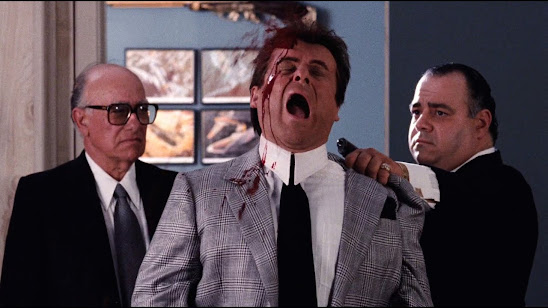 This is still a work in progress. I will try running a short campaign with these rules and see if it has the feel of the original system or not. After I will tweak them accordingly. I also want to work out something much easier for managing crimes and rackets. I may incorporate some of the shakeup tables I have developed for Lady Eighty Seven as well into this.

BULLET TO THE HEAD

Shots to the head at point blank always roll open damage multiplied by 2. If the target is surprised the damage is multiplied by 3.

Anyone damaged by a surprise attack takes Open Damage (see Bullet to the Head for surprise shots to the head).

Just worry about damage, eyeball the range rules, and use common sense for magazines.

VEHICLES
These are dealt with purely by rulings. Ignore the rules on vehicles for this version and just use common sense.

Rules that get rare use (not invoked more than once per session) are removed and shifted to the realm of rulings. That is if a rule like Restrain never gets used by the players, then it is no longer a rule in the game, and instead the GM adjudicates restrain attempts by making a ruling on how to resolve it.

Every crew you have under you to commit crimes has a Crew Rating of 0d10-6d10. This is rolled anytime they are sent on a job to determine if they succeed, get caught or worse. Simply roll against the TN of the Job (which the GM assigns based on difficulty). On a Success they pull it off but may have left evidence behind (the result of their roll is the TN for any police force investigating). On a Total Success no evidence is left behind. On a Failure they fail (the GM should decide the consequences by how low the result is: with a 1 meaning someone got pinched and turned states evidence).

Posted by BEDROCK GAMES at 5:53 PM