Righteous Blood Ruthless Blade's, the dark wuxia RPG I co-wrote with Jeremy Bai, was intended to be the purest emulation of that genre we could create. We wanted it to play like it was set in a Gu Long novel or a bloody and grim 1970s wuxia film. So magic was minimal (much more so than in Wandering Heroes of Ogre Gate, the game I had released previously and the system on which we based RBRB). Still we had many discussions when we were working on Righteous Blood about how it might handle things like spirited beasts, ghosts, hopping vampires and magical talismans. And we wrote it with that in mind, knowing one day we might want to layer on supernatural options (we just didn't want the core book to lose its pure wuxia focus). For the past several weeks Jeremy and I have been working on a supernatural expansion of the game that will hopefully provide GMs and players with the tools to run adventures more in the spirit of A Chinese Ghost Story, Legend of the Demon Cat, Mr. Vampire, Legend of the Mountain, The Enchantress, The Enchanting Ghost, and Painted Skin. Today I want to talk a bit about what we are doing. 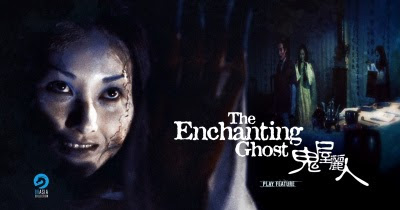 Presently we are still finding the exact shape this expansion will take (and are not yet sure of the size of the final release and how it will be released: we are going over a number of options here). We just held our first playtest, in a series of playtests where Jeremy and I alternate as the GM (last session was his turn, this weekend I run a scenario).

Our chief aims right now are to find our focus, to clarify our terminology and to lay down the baseline mechanics. Ideally the mechanics will layer on simply without creating additional stuff for players and GM's to memorize. With that in mind, we intend to lean heavily on making new Signature Techniques and make relevant monsters. Again here the focus is what we are trying to determine. 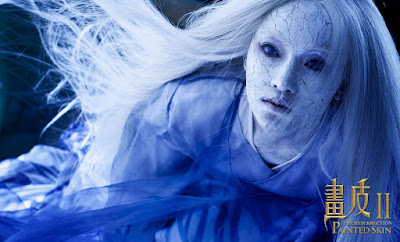 Terminology is becoming important too. With Jeremy's background in Mandarin, we are trying to find the right balance with the labels we employ. I will leave it for Jeremy to discuss the intricacies of language on his blog but it is something both of us consider important. I think we are trying to balance the need for accuracy, with the need for something consistent that doesn't create confusion five, ten or fifteen years from now. 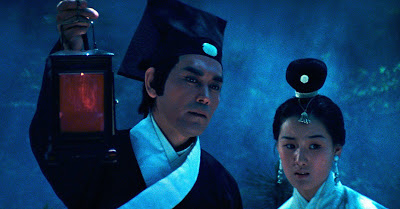 I like this part of design, where we are experimenting with what works, and trying things, even if they ultimately need to be changed or redone. It is an important part of discovering the feel that the new mechanics create and choosing a creative direction that is exciting and functions well at the table. 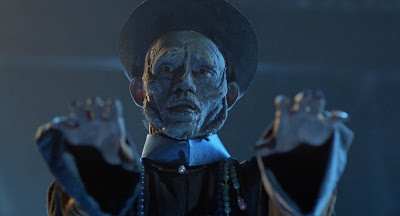 Unfortunately I can't discuss my scenario as I am running it tomorrow (maybe after I run it, I will post my notes or some details about it). Jeremy's scenario was quite fun and involved something called an "Undecayed Skull" that wreaked havoc on a temple. Our characters belonged to an organization called the House of Zhong and were sent to secure the skull to make sure it was not a danger to the world. Personally I had a lot of fun, and always enjoy being on the players side of games I am working on.

Expect to see more updates on this in the future, as well as some special episodes of Righteous Blood Podcast on the subject.