I haven't been posting as much on the blog page lately because we are prepping Wandering Heroes of Ogre Gate for release and it is taking most of my focus. However I am also still working on The Meddlers project in-between. Recently I went over some sketches with the artist. These are mostly rough, but they can give you an idea of some of the things we are thinking of doing.

The Meddlers is a bit different than how I've done projects in the past. While the game is pretty much done, I am adding to it and reshaping it slowly as I get the art. The art is really molding the game at this point because with each sketch and final image, I get a clearer picture of what the setting is about. Normally we work the other way around, so this has been interesting.

Here are the sketches from our last meeting. 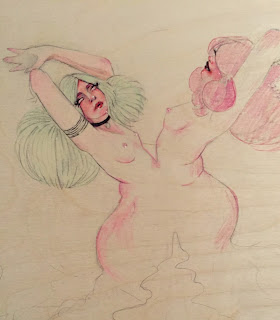 Above was something the artist just decided to go with and I have some ideas of how that might be incorporated into the setting. 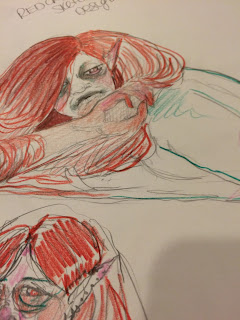 This is a Redcap. They are like Brownies but wicked and blood thirsty. It is just a rough sketch. 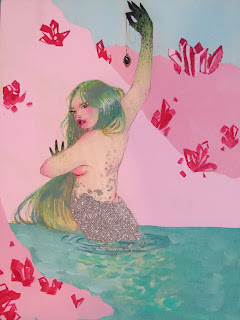 This is a Mermaid and an example of the art shaping the setting. They were were not part of it before, but once I saw this I began to think of some possibilities and a going to include a new city where Mermaids are a thing.