THE THEOLOGY OF THE FLAME 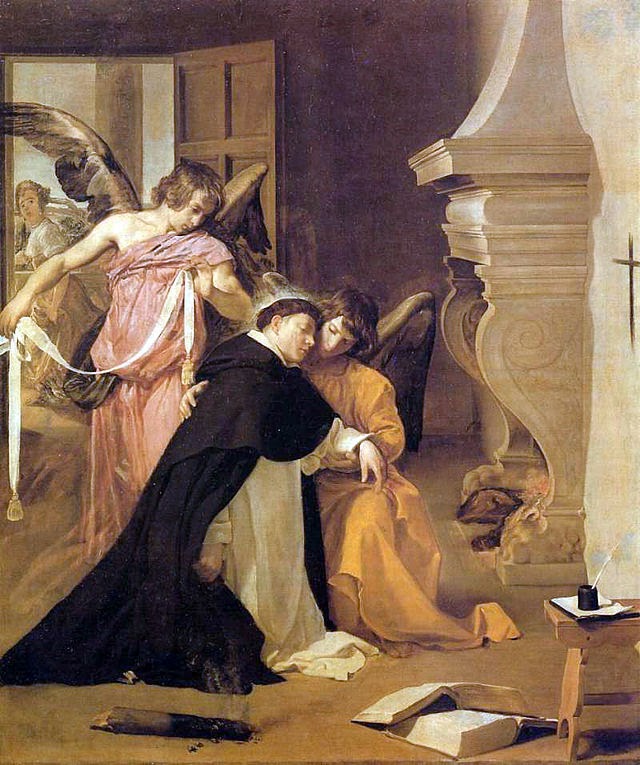 In my Swords of the North Campaign for Sertorius, the party has been trying to undermine an influential group within the Church of Ramos who believe in killing Sertori, called the Gesarians. They've enlisted a member of their own order named Arius to devise theological rebuttals to their arguments. I finally got around to putting something together to them, so we wouldn't have to keep talking vaguely about Arius' arguments in the game.

THE THEOLOGY OF THE FLAME (AGAINST GESARA)
LAMUT MENNA ALAHAB: TAD GESARA
By Arius of Palus

In this book written by Arius of Palus are 20 Arguments against killing Sertori and 10 that support this position by claiming Sertori are divinely anointed. These are the two strongest arguments in The Theology of the Flame.

ARGUMENT FROM THE SECOND LAW
The Second Law states “Do not kill.” Three words, clear as day. These can have no meaning but that to kill is forbidden. No other meaning can spring forth from “Do not kill”. Had Ramos wished to qualify this declaration he would have done so, as he did in the Fourth Law.

First, we have three words “Do-not-kill”. If Ramos wanted to limit this to humanoids, he would have done so. There is nothing in the original Khubsi “La Taq Turu” to imply anything other than we should not kill.

Second, this is supported by the Light of Ramos. There are many instances where Druza describes the people she identifies as “anointed”, “holy” and “possessing the Divine insight”. In all such cases, from the Man of Sephar to Lady of the Pomegranate, none of them are ever described consuming meat or making animal sacrifices. This on its own might not constitute evidence, but as all know the Light of Ramos is in some respects a clarification of Orathel Namburi’s The Book of Light. Some passages describe similar people and events. In the Book of the Light, there four instances where such figures are said to consume meat, yet this does not appear in Druza’s more perfect revelation. Why would this be so, except to clarify the Second Law?

Third, if we accept this is the case, then the entire church must revise its position on the Second Law. Consumption of meat and animal sacrifice must be forbidden, for Ramos says clearly “Do not kill”. If we have been commanded by our God not to kill, and it is clear from the words of the law that there are no obvious exceptions to this rule, then anyone who creates exceptions and kills anything that lives is guilty of violating the will of Ramos.

Objection One: It is common sense that when Ramos said “Do not Kill” he never meant to deprive humanity its ability to eat or to defend itself. To say otherwise is to be defenseless in the face of danger and hunger.

Response: This interpretation of the law does not prohibit consumption of food, but of meat. There are plenty of people known to survive on diets that consist of crops, grains and other plants. And while the prohibition against killing is clear, it does not say we cannot stop those who would themselves kill. This means we can in fact wage war, provided it is defensive and provided our aim is to stop and not to kill. I would suggest that if death follows from this act, it is unintentional and unfortunate, perhaps a minor breach of the law, but surely the “greatest and most powerful” of the gods would be able to make a moral distinction between the people who go to war and the people who defend themselves from war.

Objection Two: Even if we have no account in the Light of Ramos of holy people consuming meat, this is not a prohibition, it merely indicates Druza felt it unimportant to comment upon.

Response: This raises two issues. First, to dismiss the details of the Light of Ramos, even the negative ones, questions centuries of tradition and practice in the Church. How else are we meant to weigh the Laws of Ramos except by applying them to specific events and descriptions in the Surahs of our sacred scripture? Second, it simply isn’t a matter of the details being unimportant enough for inclusion, they are present in the Book of Light but absent in the Light of Ramos. If it is a fact that the Light of Ramos is a clarification of the Book of Light, a more perfect rendering of our god’s will (and it is) then we must heed such differences in the text.

ARGUMENT FROM THE MAN OF SEPHAR
It is known that the Khubsi word for Sertori is Sephari. Anyone familiar with Khubsi understands that Sephari literally means “a person from Sephar”. The Fourteenth Surah of the Light of Ramos is an account of the Man of Sephar, who the blessed Druza says “being anointed by Ramos he raised Kharga from the dead and performed many other miracles in Besra and Shanor.” In his great work “The Contemplations”, Ulami Khabir made the following observation nearly two hundred years ago in the heart of Shahr: “There can be no other conclusion, the Man of Sephar is the origin of our word Sephari. We must accept, if we believe that Druza received a true revelation from Ramos, and certainly she did, that The Man of Sephar was a Sertori, indeed was the first known Sertori to our people, and was anointed by our god. If we accept this it seems natural to conclude that all Sertori are so anointed”.

So the nature of the Sertori is revealed to us in the pages of scripture. They are not demons or hosts for wickedness, they are anointed by Ramos himself, given special purpose on this earth to perform his will. And this makes sense, for who but the most powerful and greatest god should have servants such as these.

If this is so how can it be just to kill them as Lady Gesara has so aggressively lobbied?

Objection One: Even if the Man of Sephar was a Sertori and this is where the Khubsi word for Sertori arises, that does not mean all Sertori are anointed.

Response: This objection ignores the exceptional nature of Sertori themselves. Clearly what set the Man of Sephar apart from other Sertori was his ability to raise the dead. This can only be viewed as a form of Sertori magic. If Druza herself stated he was anointed by the Lord, the sole sign we are offered for her assessment is his ability to perform this magic. By extension we can conclude all Sertori are anointed.

But for the sake of argument, let’s suppose we can’t. For the moment, let us concede it is impossible to know whether all Sertori are anointed by the one example of the man of Sephar. This still undermines the claim of the Gesarians that it is just to kill Sertori because they are by nature wicked. If we know that the one Sertori mentioned in the Light of Ramos was anointed by the god, then we cannot assume their nature is wicked or demonic, for Ramos would never anoint such an creature.