SWORDS OF THE NORTH PART VII: OFFSPRING OF THE INQUISITION

This is a report of the seventh session of our Vaaran Kingdoms Sertorius session. You can see session six HERE.

NOTE: For this adventure I used a portion of the Cavern of the Undead Priestess from the Ravenloft Module, Feast of Goblyns. This material was modified to suit the setting and campaign but felt highly appropriate for the Nutesh's headquarters in the Parsan Gorge. 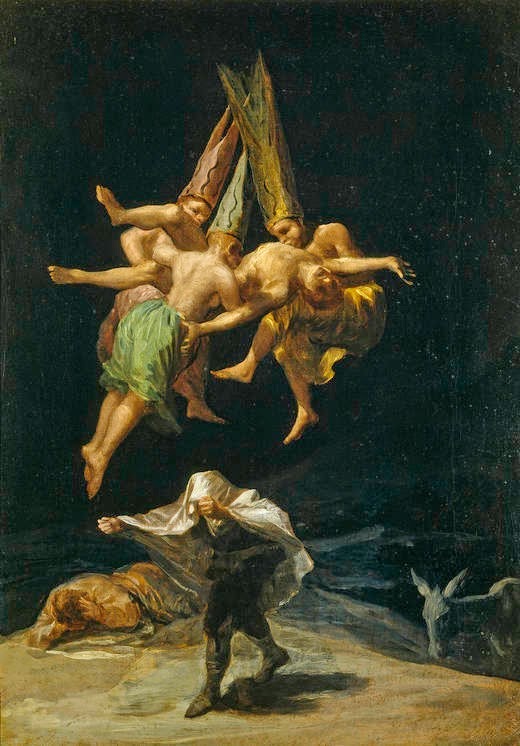 Gaius: A Ronian-blooded aristocrat
Uloff: A Gru Trader
Garoff: A Gru Bounty Hunter
Dreckergael: A human hunter who casts spells randomly when wounded
Tauq: A human tribesmen from the march between Palus and Apprea, serving in the house of Alu-Bora under Archon Emmanuel.

Belga: A Dwarf Sertori with blue skin who believes he is a Gru
Vaela: A Hasri Sertori who has grown loyal to the party
Hamil Kar-Harba: The brother of the King and Gaius' uncle
Gesara: A Sertori hunter who leads a wing of the Church of Ramos against spell casters
Ruega: Daughter of Goff-Tannerhauch
Abu Nutesh: A leader of Gesara's inquisition (official title is Jurista)

The party returned to Goff-Tan where Vaela informed them of terrible news. Crassus, who they had sent to Poro Deus to make contact with Caelum was intercepted by a Jurista of the inquisition named Abu Nutesh while passing through Shahr-Tel. He was tried and promptly executed, then his body was taken into Beora and deep into a canyon (Vaela's contacts followed the inquisitors) called Parson's Gorge. Equally troubling, Vaela reported that their ally Darios Tyrna has also been tried by the inquisition in his own castle but had managed to escape. There were also reports of Juristas entering Goresios Maorides territory to conduct investigations.

The party decided to go the canyon to deal with the inquisition directly. It was a 5-8 journey, so they left Vaela in charge and made their way. First they came to Narna, where Roona was still stationed (as part of an effort to sway the local Eparkos to their side). She informed them that the inquisition had been to the village and took the bodies of Ruega and Gregos from the tempe site (they had died in a large battle some time before HERE). While in Narna, Uloff used used the Aperture of Po to open a visual window into Qelna. With this he was able to see that the Sons of Shai had fallen to an alliance of the Elven priesthood and the resident Sertori. They spoke through the aperture with Cadius, the Orc Sertori they met in Qelna, who now seemed to be in charge of the city. He informed the party that he had in fact taken over, in order to prevent total chaos, and said that Ogaron (the leader of the Sons of Shai) had escaped to seek revenge against the PCs. He said that he would be open to an alliance if they provided him with Ogaron's head.

The party departed and made their way into the Graevesh Warna (a region of jagged and steep wooded hills). There while in camp, they were attacked by something during the night. Garoff saw a creature stalking the parameter of their camp. As he awakened the others, a massive wave of fire swept over them, burning the trees and many members of the party. Once the fires passed, their attacker charged; a large beast with the body of a bear, the scales of a dragon, the arms of a troll. It had a twisted glowing horn on its head and when they saw its face, they recognized that one half was Gregos (the other half proved to be Ruega). The monster was stitched together like a doll. It gored Garoff, impaling him on its horn. It was a difficult fight but the Sword of Qelna and Uloff's Spheres of Hate gave them an edge. They sent the creature tumbling back with deep cuts of the sword and blasts from the spheres. As it tried to retreat, they finished it off.

The next day they continued on. The party decided that the timing of the attack was too perfect and someone had informed the inquisition of their intent. They felt magic might also be an explanation so Garoff used Wild Whisper to speak with local rodents. He asked if the other animals had been speaking with anyone, and the mouse informed him that all the animals in the region did so, and had been speaking with people in the towns, as well as those who move from town to town. Dreckergael and Uloff made a point of observing the wildlife as they traveled and eventually noticed the same murder of crows had been following them for much of the journey. Dreckergael managed to trap the crows (using Survival) and Garoff performed another Wild Whisper to speak with them. This took some convincing as they were reluctant to talk. Eventually one of the crows revealed that they were in communication with Abu Nutesh. Uloff and Garoff killed the other crows, but left the one that had spoken in the trap, rigging it so it would release in a few days.

Within the next few days, the party reached the canyon and searched the rim. They could discern that the canyon itself was deep (up to 3,000 feet in places) and they saw giant undead sentinels at various points. This meant they would likely have to go through the Canyon entrance or find an alternate path through a nearby cave complex. They managed to find a cavern that lead deeper into the gorge and traveled through it.

When the party reached the end of the cavern they found another giant undead sentinel, armed with a long lance. Their initial attacks were successful but every time they wounded it, it split into three additional copies of itself (much like the Splintering of Yaum spell). This was in fact a creature known sometimes as a Yaumbie. Before the battle was over the original giant had created nine fragments of itself (each weaker than the original). It was a difficult fight and many were wounded, so Tauq helped heal them afterwards.

When they entered the canyon, Garoff used Wild Whisper to send a snake to scout ahead. It reported a large tree, a steel cage surrounded by four creatures and a cavern entrance. The party moved through the canyon. When it came upon the tree they saw that it was not a natural growth, but sculpted and that it had eyes etched all over its surface. Uloff used Juggernaut to ram into the tree, causing it to explode in a shower of broken wood. He took a wound but seemed satisfied by the action.

When they reached the cage, they saw it was suspended from the rocket edge of the canyon, and around it were four zombi-like humans. In the cage was an orc woman. Gaius strode forward and used Back to the Grave, and scored a Total Success. As he commanded the undead to return to their tombs, three of them crumbled to dust and the remaining one was easily dispatched with an arrow by Garoff.

The Orc woman said her name was Kaela, and she had been in the cage for five days. Nutesh had placed her there to drain her magic. When pressed she said he had taken two of her spells (which they determined were Avalanche of Flame and Bolt of Fury). She told the party that Nutesh was intelligent, cruel and capable of changing form to look like a number of different people.

Before they departed, the party had talked with Vaela about researching methods for restoring spells lost to the blood cult. They believed that it might be possible for Kaela to regain her spells and offered to help if she went in with them to the cavern. She agreed and the party entered the cave.

In the cavern they spent time debating which paths to take, ultimately settling on those passages that seemed most heavily travelled. They encountered a region filled with black mist with swirling white shapes. As they tried to pass through the white shapes materialized into hands and grabbed for magical objects. They failed to grasp the Sword of Qelna but did manage to take one of Uloff's orbs.

Finally they arrived at a  massive chasm with a bone bridge leading from the rim to an colossal skeletal structure in the center. The bridge entrance was guarded by two giant skeletons with long spears. Once again Gaius strode forward to use Back to the Grave, but as he spoke he realized he made a terrible mistake as it had no effect. Both the skeletons speared him and the rest of the party rushed forward to attack. During the battle they sent one skeleton over the edge of the chasm and destroyed the other with axes and sword blows.

Entering the bridge they walked toward the structure, which looked like a towering giant skeleton of Ramos in an iconic pose. A spiral stairway led up the spine and led them to a room in the skeleton's skull. There they found an elven woman strapped to a bone throne with a look of discomfort and fear. The ground was obscured by a dense curtain blanketing the floor, though they could see two bulging shapes beneath them. Immediately Kaela rushed to stab the elven woman but missed. A creature like the one that had attacked the party in the hills ripped through the drape and attacked, but Uloff intercepted it and wrestled it to the ground. The party was able to get Kaela to confirm that the elven woman was Nutesh.

Dreckergael fired an arrow at Nutesh, hitting him below the ribs and forcing him to change back to his natural form, a male Halfling. Gaius cast Aedra's Mood Lighting, which is difficult to explain but it is a little bit like this:


This had the effect of giving the party a +1d10 bonus on rolls. Uloff continued wrestling with the beast, but another emerged from the drapes. Nutesh drew forth the Orb Uloff  had lost in the mists and threw it at him. This missed but landed on the floor causing an explosion that ripped a large hole revealing the chasm below. Uloff  used the hole to throw one his beast into. It fell but grabbed on the to the edge (with an Athletics Roll). As it dangled the creature cast Drowning Sorrows which had caused a swirl of tragic imagery that literally choked the party. However Uloff pried its hands from the rim and it fell.

Meanwhile, Tauq beheaded Nutesh but the other Beast released a strange burst of crackling bolts from its body that hit and harmed many party members. It then attacked Uloff and left him seriously wounded.

Posted by BEDROCK GAMES at 9:18 PM