SWORDS OF THE FOUR TAVERNS PART VI: THE BEHEADING OF NUMA

This is a report of the sixth session of our Vaaran Kingdoms Sertorius session. You can see session five HERE.

Gaius: A Ronian-blooded aristocrat
Uloff: A Gru Trader
Garoff: A Gru Bounty Hunter
Dreckergael: A human hunter who casts spells randomly when wounded
Tauq: A human tribesmen from the march between Palus and Apprea, serving in the house of Alu-Bora under Archon Emmanuel.

Belga: A Dwarf Sertori with blue skin who believes he is a Gru
Vaela: A Hasri Sertori who has grown loyal to the party
Hamil Kar-Harba: The brother of the King and Gaius' uncle
Gesara: A Sertori hunter who leads a wing of the Church of Ramos against spell casters
Ruega: Daughger of Goff-Tannerhauch

Last session the players intercepted the following message from Ruega addressed to their enemy Gesara of Palus:

To the Sage and Pius Gesara Namburi of Palus,

Disaster has arrived. Father was attacked by the Sertori of the House of Bora and the entirety of the cellar. They killed him and Ruegar. There are many of them and you must tell to the king to prepare for conflict. I will go North to Qelna. It is our only hope of containing the Sertori. Before you send men to stop me know this: Qelna is no legend, nor is it the ruin the world believes. I have seen it with my own eyes, for it is visible to our kind upon close inspection. There is a weapon there, an artifact that only we can wield. With the sword I will be more powerful than an army and impervious as stone. Have no fear Gesara, father trained me well. I know the temptations, I know the limits of my own spirit. I will not succumb but defend the Kingdom from this evil horde.

The party decided to leave Vaela in charge of Goff-Tel while they went to the City of Qelna to learn more about the sword mentioned in the letter. Because he had made power plays in the past, they took Belga with them for the journey. 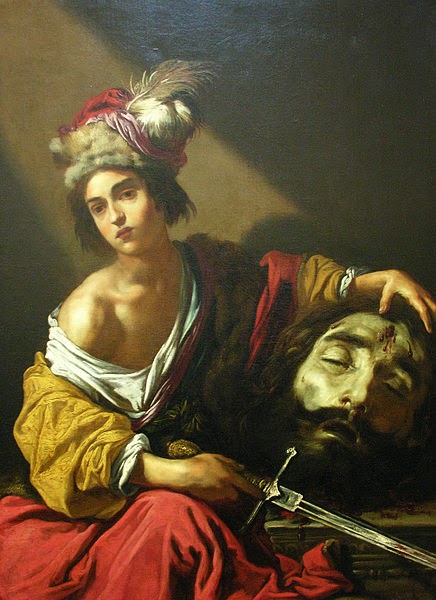 Qelna was about three days north from their present location, in the neighboring kingdom of Beora. The party made good time though, finding their pass easily (i.e. scoring a Total Success on their Survival: Wilderness Roll) and arrived at the city gates in 2 days. They found Qelna, seemingly a crumbling ruin, on the edge of a high mountain. There Tauq was able to see from a distance that the city was still inhabited (though to the others the city appeared desolate). They could see that Qelna was a tiered city with three walls encircling different quarters, and in its center stood a high ziggurat.

As they approached the entrance to the city they came upon a stone slab with words written in Singh that read:

The Laws of Numa
1. None may leave Qelna without permission from Numa

2. Only the Nai Pun may seek permission to leave

3. All shall be paid for their labors and services, except Nai Jao

4. All goods and services are to be purchased in silver rings with the King’s seal, with credit or with favors. Favors or credit unfulfilled warrant punishment

7. Only the High Priestess and King together can produce silver rings with the King’s seal, and they may do so only once every ten years

8. No one except the holy people (Nai Jao) may carry foreign weapons into the city

9. All punishments are decided by the king, the High Preistess (Luang Ta) or the Warrior Priests (Nai Pun)

The party continued on and were met by four elven soldiers with bronze weapons and armor and studded leather cloaks. The elves spoke in Singh and said that their king, Numa, was expecting them, that they were welcome in the city and accommodations had been prepared at the house of the Beer Seller, Isaree. Following the guards, the players were brought into a sprawling tavern built around an open courtyard. There they found other Sertori eating a strange variety of foods (roasted Peacock, rice, tea, figs, boar, corn, wine, squashes and coconut). They also noticed the climate seemed much warmer than outside the city (warm and dry), which seemed odd for a mountain peak in The Vaaran Kingdoms.

As they met and spoke with the other Sertori they noticed many of them wore clothes and armor that seemed quite out of place. For example they saw an orc in Caelan armor that hadn't been used in centuries. They asked some of these people when they came to the city, what year it was when they arrived and quickly deduced that there was a strange time effect in Qelna. Every hour inside the city seemed to equal a day outside its boundaries. In other words time inside Qelna was moving at a rate 24 times slower than the outside world.   The party also learned that Ruega had in fact been to the city, had received an audience with Numa and was permitted to leave (which they were told never happened before). Dreckergael suggested that they had fallen into a trap set by Ruega, that her note was a ploy to get them to come to the city. Uloff was skeptical that she had this much foresight, but knowing that a war was brewing in Palus, they decided to make quick use of time and seek an escape immediately.

The party learned that leaving the city was impossible. One could exit the gates, one could walk down the mountain slope, but would never find themselves more than a mile away from Qelna no matter how long they traveled. They learned from an Orc Sertori named Cadius (who had apparently been in the city for hundreds of years, but thought he had been there only 27 years) that they might learn a way out by speaking with the Sons of Shai, a sort of resistance group based in another tavern called The Wine Palace of Po. He also told them that Numa possessed all the magic of any Sertori who enters the city.

They went to the Wine Palace of Po, a tall white tower and there were introduced to a man named Ogaron. He took them to a luxurious chamber and offered the party Blue Salamander Wine. All except Dreckergael accepted the beverage. Drinking it they began to see visions. None of these were notable except for the one Gaius had. He kept seeing a giant cutting off its own head with a sword. They found the Blue Salamander Wine pleasant, as it induced a state of calm and euphoria but it also staggered them.

Speaking with Ogaron, they learned that the city was run by a caste of priests, led by the King's Luang Ta (a kind of high priestess and concubine). They also learned that Numa had survived numerous attempts on his life, including a beheading. Ogaron speculated based on evidence his men had gathered from the temple library that something was being guarded beneath the temple that could harm Numa. 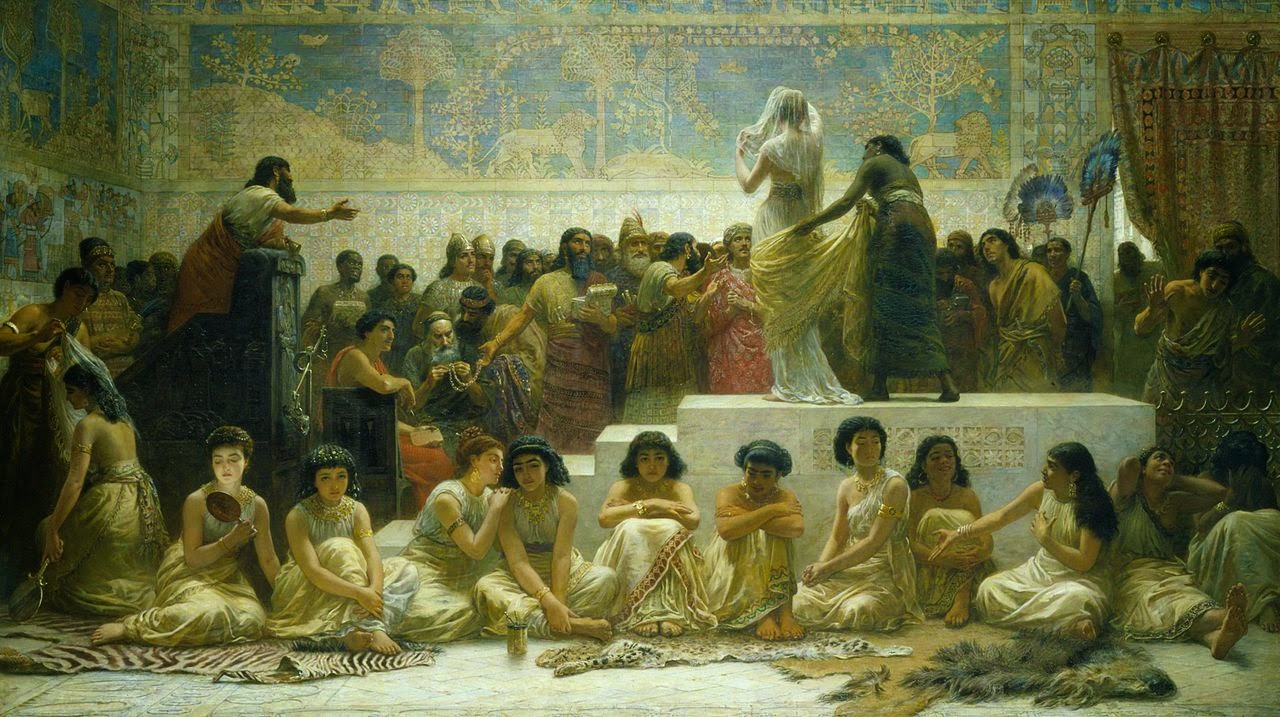 Armed with this information the party went to the temple. Tauq, who has some familiarity with engineering, was able to see that the lower portion of the ziggurat was older than the upper, and he found a portion of the wall that was thinner than the rest. Uloff used the spell Juggernaut to plow through the wall, taking the party into a complex beneath the temple. There they eventually found a chamber with the mummified body of a giant upon throne. when they stepped forward it animated and attacked them with a spear. The Giant Mummy proved a challenging foe. Only Tauq and Dreckergael managed to harm it. Tauq decided to they couldn't defeat the opponent and used Water Shape to summon a wave of water to flood it out. He got a Total Success on his spell roll, giving him greater control of the flooding waters. He used this to wash the Giant from the complex and out the opening Uloff had created in the outer wall.

They explored further, running into a number of traps along the way (the party was quite wounded by the end). A fire trap burned Dreckergael and forced him to change shape into a wolf. They found the Sword of Qelna, a massive blade sized for a giant or Ogre. Uloff was strong enough to wield it so he took the sword just as they heard noises from outside the temple. Fearing they the water flood had attracted the priest's attention they broke through a wall in the north eastern section of the complex (their original opening was on the western wall) and fled toward the palace. On their way, they saw priests rushing to the western wall and eventually heard the sounds of armed conflict. At the palace they were met by resistance from the guards, but it was not well prepared for an attack. They quickly cut a path into the palace and found Numa with another concubine in his chambers.

Only the Sword of Qelna was able to harm him. Numa kept reigning down Avalanche of Flame on the party as they struggled to defeat him. Tauq used the sword first and managed to cut the giant deeply several times before the flames overwhelmed him and he fell (not dead but seriously injured). Uloff tried to distract the giant by wrapping the silk sheets over his head. Gaius continued the attack, with help from Uloff. They traded the blade and avoided Bolts of Fury from the enraged giant before they impaled him and cut off his head. Hearing the rush of guards from the palace entrance they fled out the window, into a courtyard and over a wall. Uloff took the head with them and they went toward the temple to investigate the fighting. There they found the Sons of Shai battling the Temple Soldiers.

Uloff shouted and stepped up on a pillar to display the severed head of Numa. He announced that the reign of Numa was ended and they would take over the city. This paused the fighting. Ogaron stepped forward and questioned the intentions Uloff had for the city. Uloff managed to put Ogaron at ease and the leader suggested talked both sides into halting their conflict until they had a chance to speak with the Sertori in the morning. It was not clear to the party thought that all agreed with Ogaron's position so they took the opportunity to flee from the city (leaving the head with the Sons of Shai) and return to Goff-Tel.