THE SCRIPTORIA OF CAEL

This is part of an ongoing series of entries for the Gamandrian setting of the Sertorius RPG.

The capital of Republic of Caelum is Cael. This is the heart of a powerful Orc state that stretches from the Varian Sea to the Caeloru Sea. While one won't find any inns in Cael for reasons particular to the region, there are a number of businesses adventurers may have reason to frequent. Among these are scriptoria, shops that produce copies of books on papyrus scrolls (codices are a rarity in Gamandria). Caelum is well known for its handbooks on engineering and written communication is important for the management of the government, so there are many Scriptoria to choose from with wide ranges in price. Here are examples of two extremes, one is the finest Scriptorium in the capital, the other is the most affordable Scriptorium in the capital. 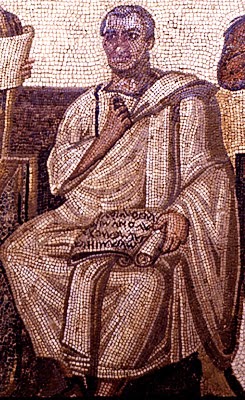 The Scriptorium is located in the Fortuna District of Cael and operated by the Carvilius family. Presently Carvilius Cassius and his wife Gaia oversee the day to day operations of the Scriptorium. They have 45 scribes and charge much more than the standard rates: 60 Silver for 200 lines of text. However they reduce the fee by half if one orders an entire roll or more. Though their scribes cost more than other Scriptoria, the Carvilius family stands by its work and maintains strict measures of quality. Mistakes are rare and when they happen they are corrected with apologies a refund of half the initial cost.

The Lorgo Scriptorium
The Lorgo Scriptorium is named after the patron god of the Republic and on more than one occasion the Senate has considered forcing the shop to change its name (but in each case they ultimately feared Lorgo would take offense at the alteration). The business is run by a Kobold named Helvatani Agrippa, a highly personable citizen of Cael who knows how to cut costs and make friends. His Scribes are less than fully trained but work for good rates. This allows him to charge far less than the standard fee. His rates start at 5 Silver for 400 lines of text. This drops to 2 Silver for regular customers. 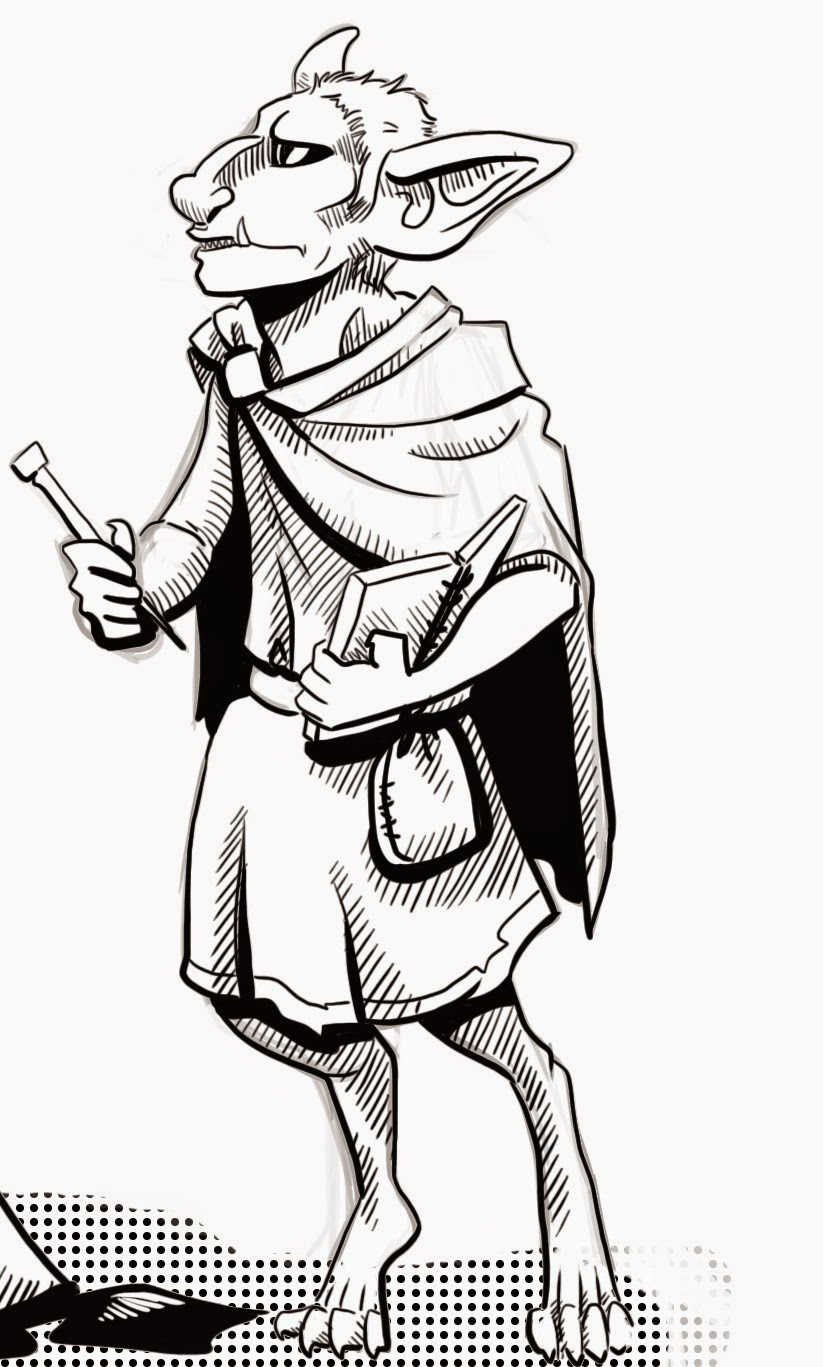 While his rates are quite affordable, the results are somewhat mixed. When a character orders sheets or rolls of text from The Lorgo Scriptorium, roll on the following table to determine the results:

The Lorgo Scriptorium is expedient, managing up to 20 rolls in a month for each individual client.

Another way Agrippa reduces his costs is papyrus. He relies on the cheapest traders possible, and while the raw materials certainly come from the Bay of Goa, they are not properly pressed, so the horizontal and vertical strips of papyrus, which form the basis of a sheet, can lose their adherence over time. One can expect a scroll from Agrippa's Scriptorium to degrade on the following time scale:

Posted by BEDROCK GAMES at 8:13 AM