A Glimpse Inside Sertorius

Sertorius comes out in PDF in just a few days and will be available in print sometime in Summer/Fall (for news check here: SERTORIUS NEWS). Here is a look inside the book. These are mainly screen shots from the print file, which is slightly different from the PDF (the PDF contains color maps and color chapter headers, while the print edition is all black and white). 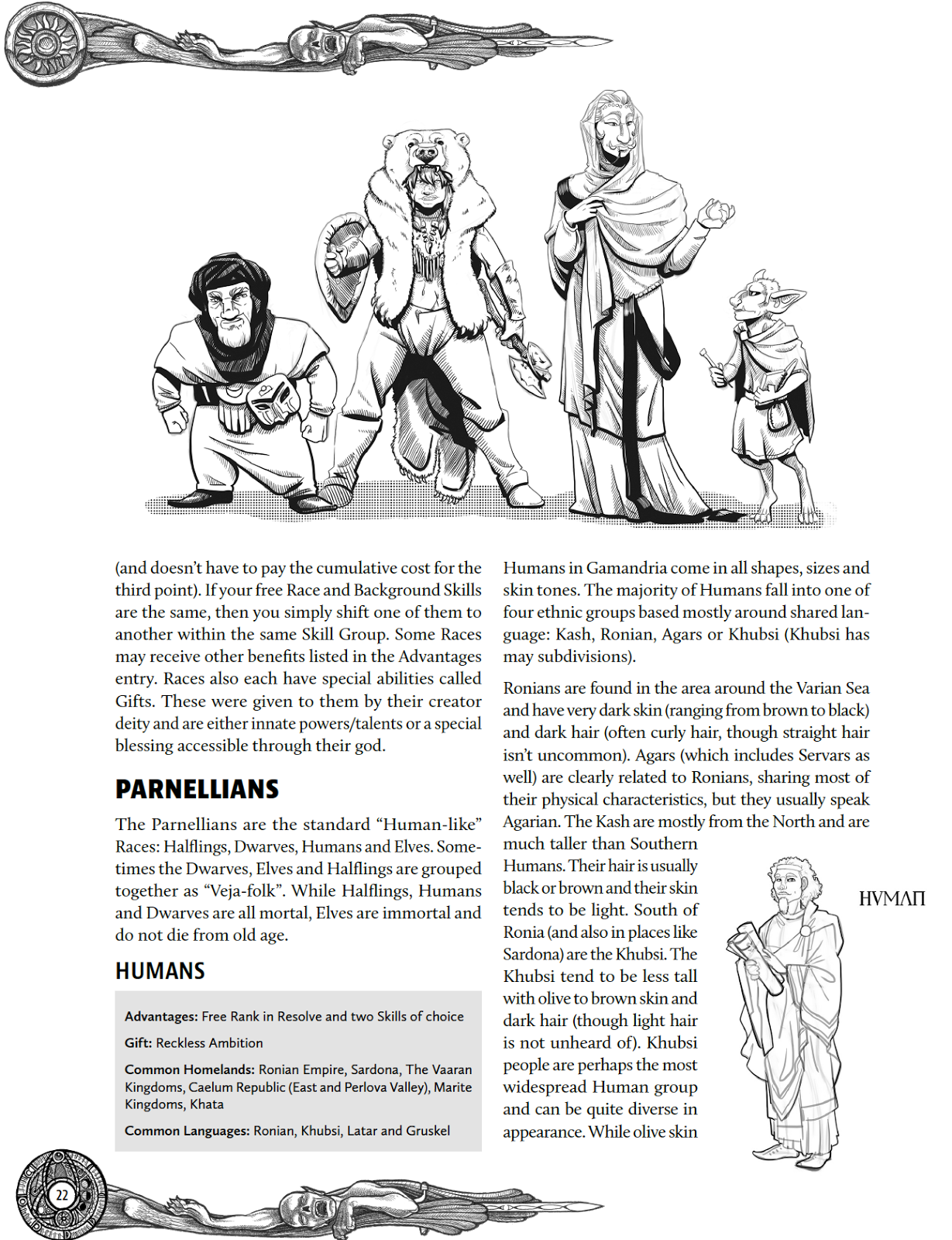 The character creation chapter is enormous, with nine races to select from, seven backgrounds, dozens of skills, and many other options (like Expertise, Flaws, etc).

The race section includes standard fantasy races like Orcs, Kobolds, Humans, Dwarves, Elves, and Halflings but also includes new races like Gru (a savage humanoid group from the North) and Hasri (reptilian humanoids who populate the South and West). 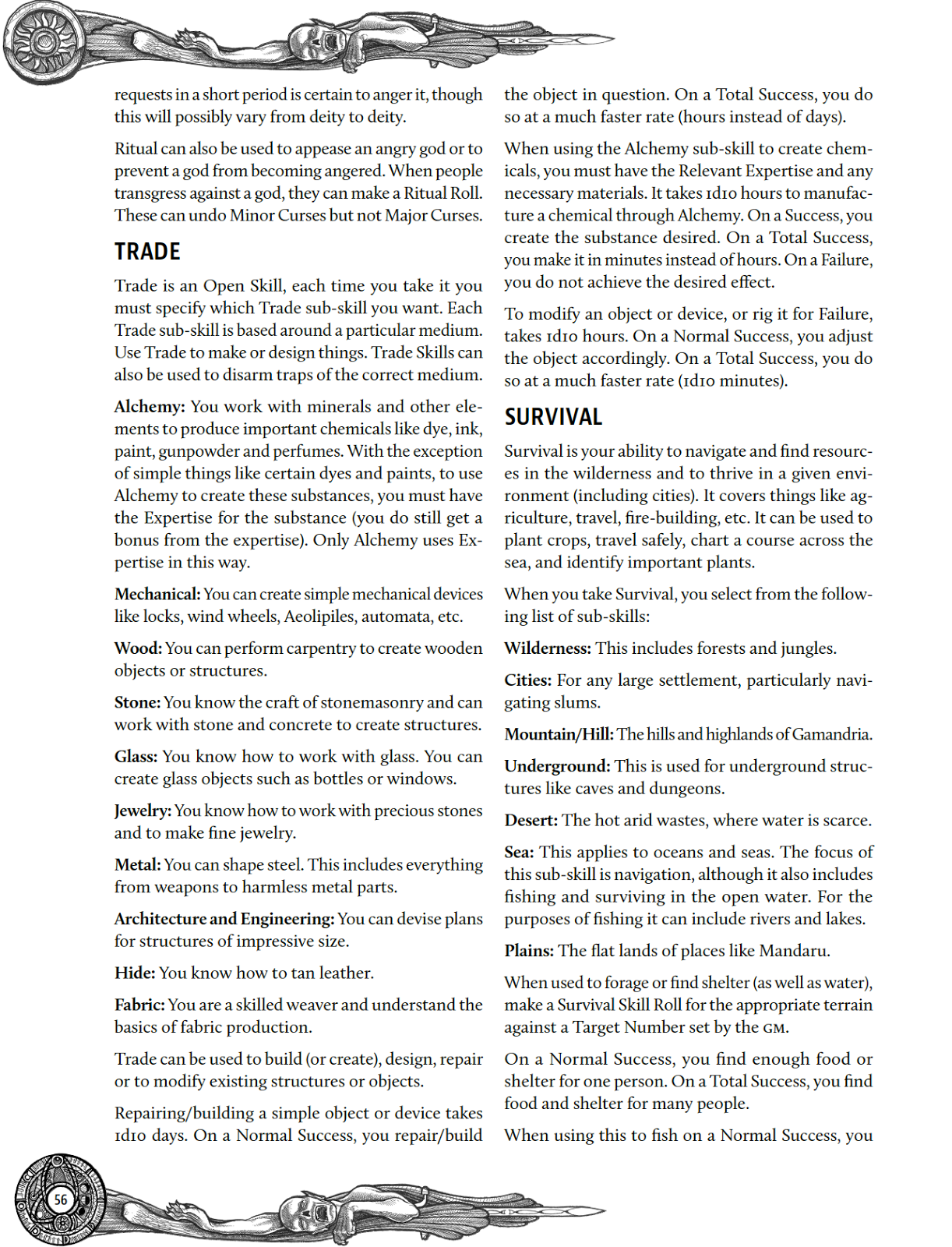 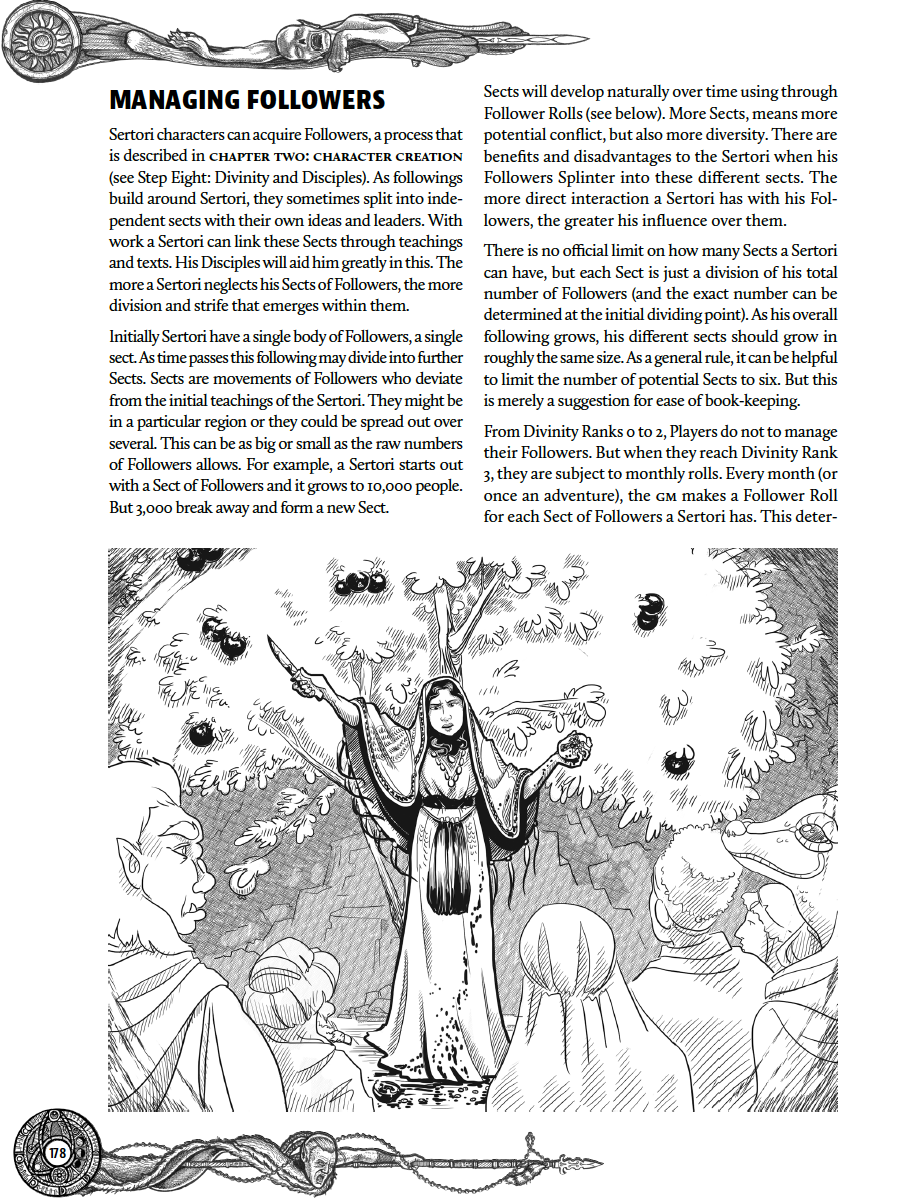 The rules are quite simple, using the d10 system employed in our other games, but modified to suit the needs of a game that includes magic. One of the more interesting mechanics is the Follower sub-system. This allows Sertori to acquire followers that is a kind of cult devoted to them. 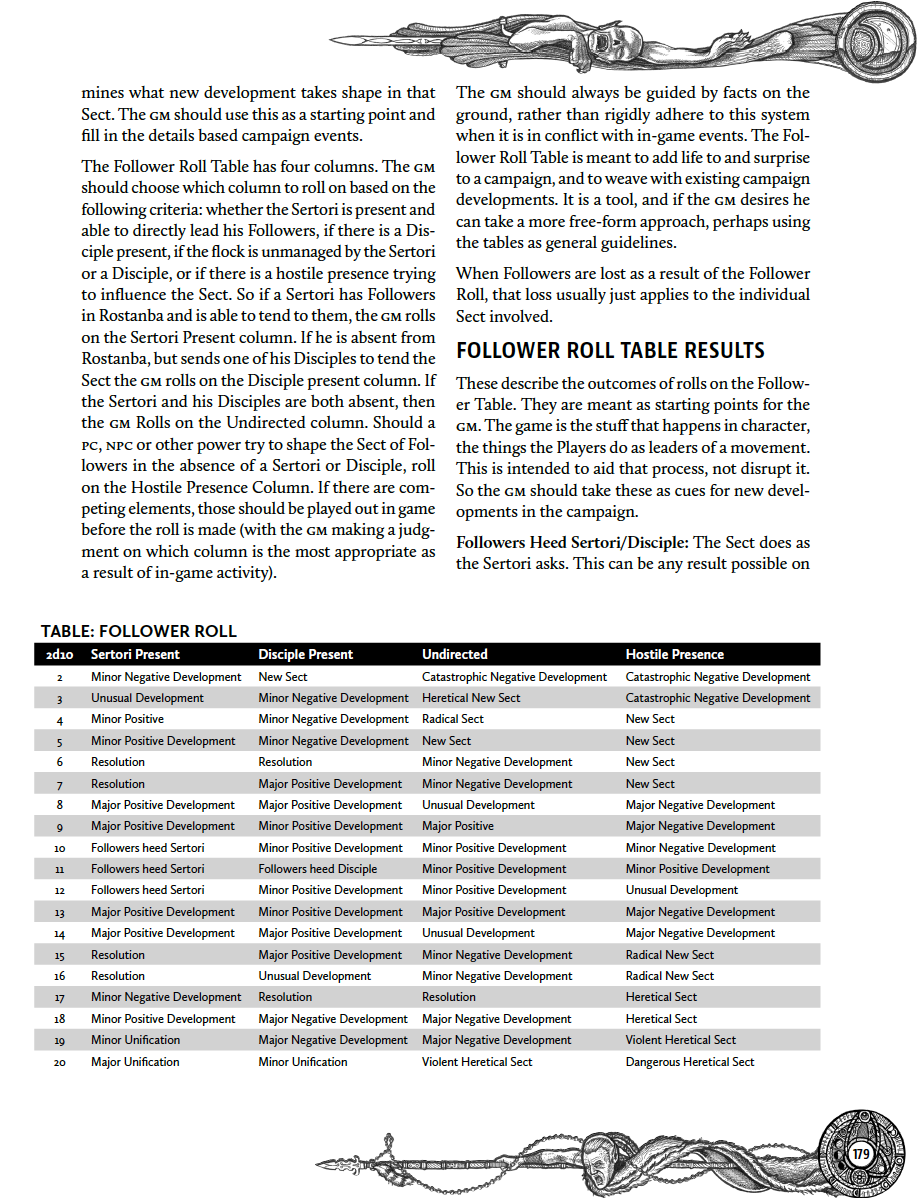 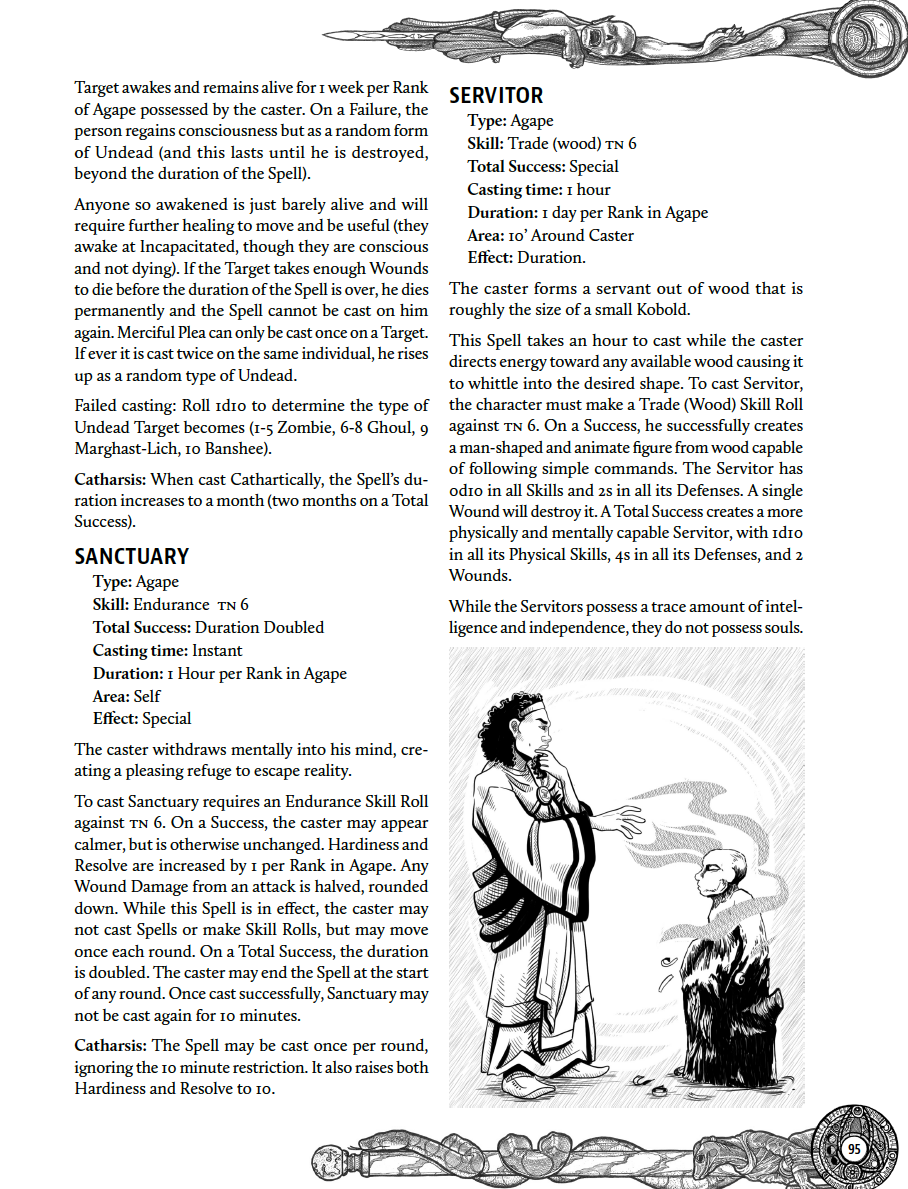 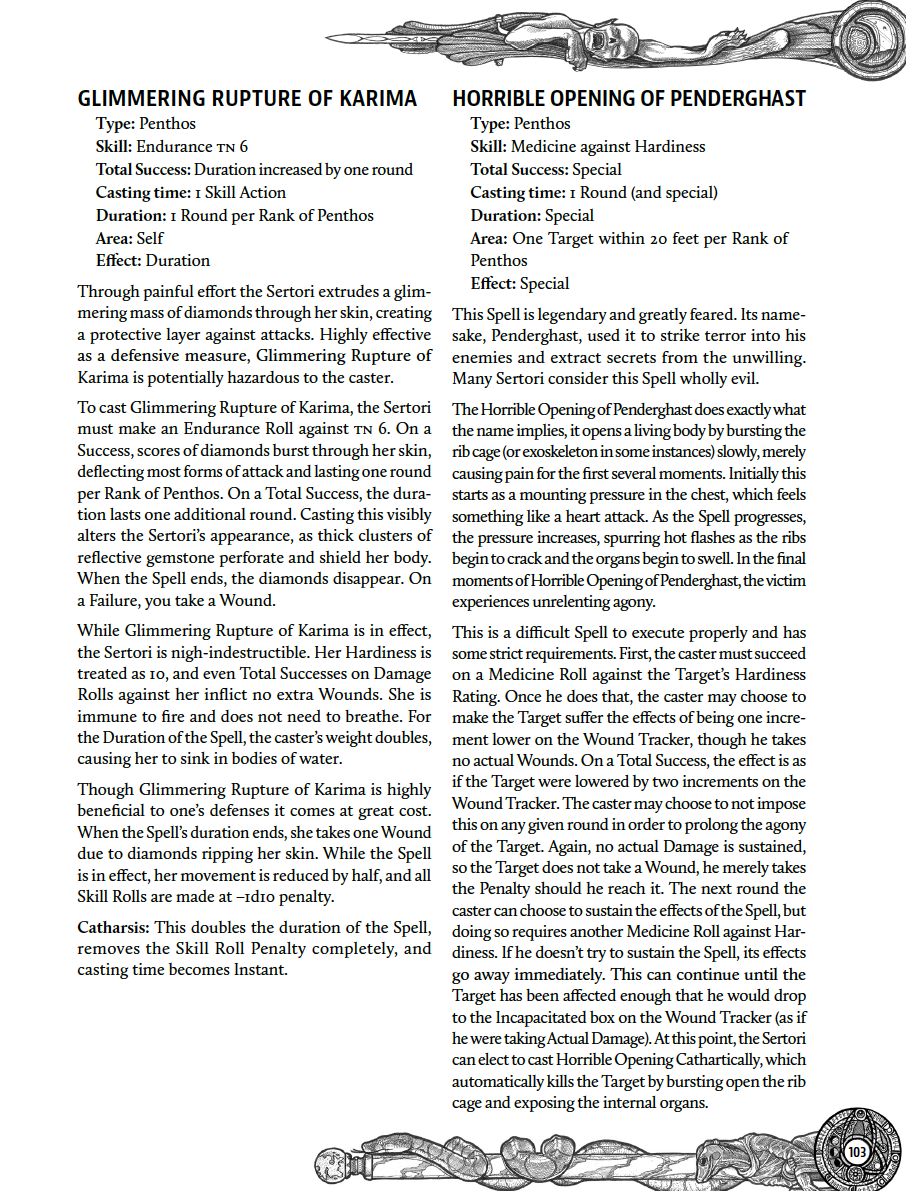 SPELLS
Ultimately Sertorius is a game about spell casters so there is a robust selection of spells available. There will also be a number of free spell expansion books released in PDF. The spell system allows for continuous casting of spells but at a risk to the caster. Some of our favorite spells are Glimmering Rupture of Karima, The Dance of Satree and Avalanche of Flame. Spells come in a variety of flavors, with some suited to combat but others suited to more other areas of interest to players. 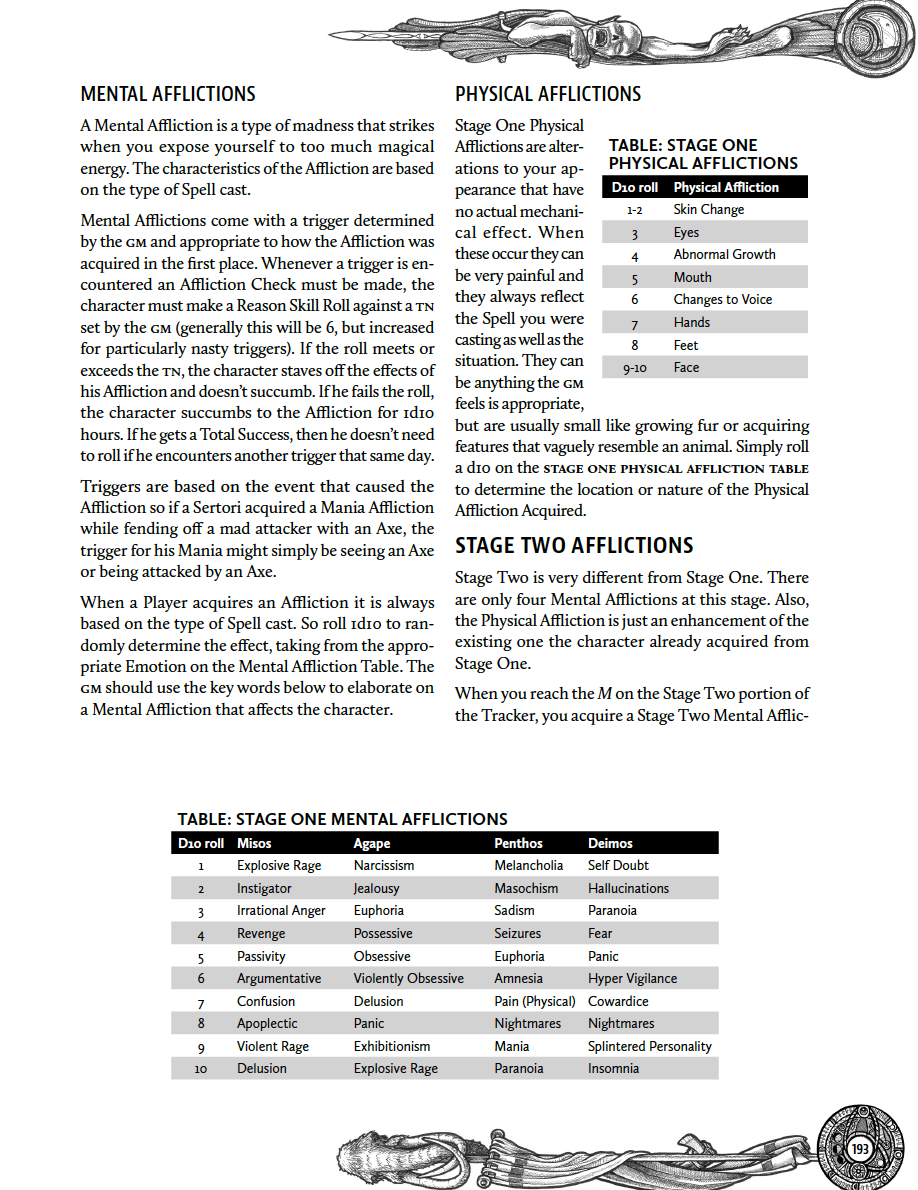 Casting spells in Sertorius comes with some risk, and there is an entire chapter devoted to the Afflictions (both mental and physical) that can befall Sertori. In the most extreme cases this turns characters into Grims, which are sentient environmental effects or hauntings. For example a character who succumbs to his magic and turns into a powerful Grim might create an enormous vortex of storms in a particular area that reacts to anger or other emotions. 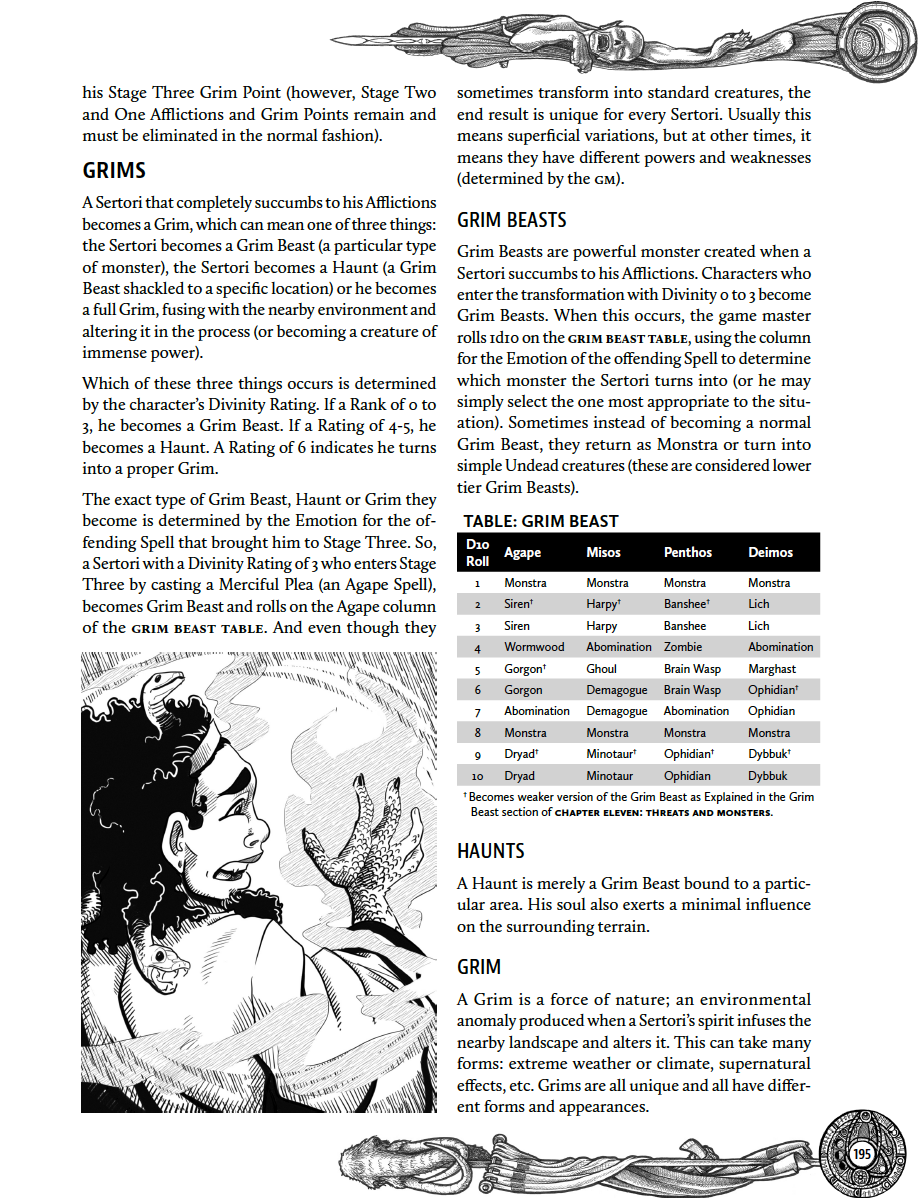 RELIGIONS AND ORGANIZATIONS
We cover religions and organizations in detail in Chapter Eight. There are entries here on mystery cults as well as important texts. 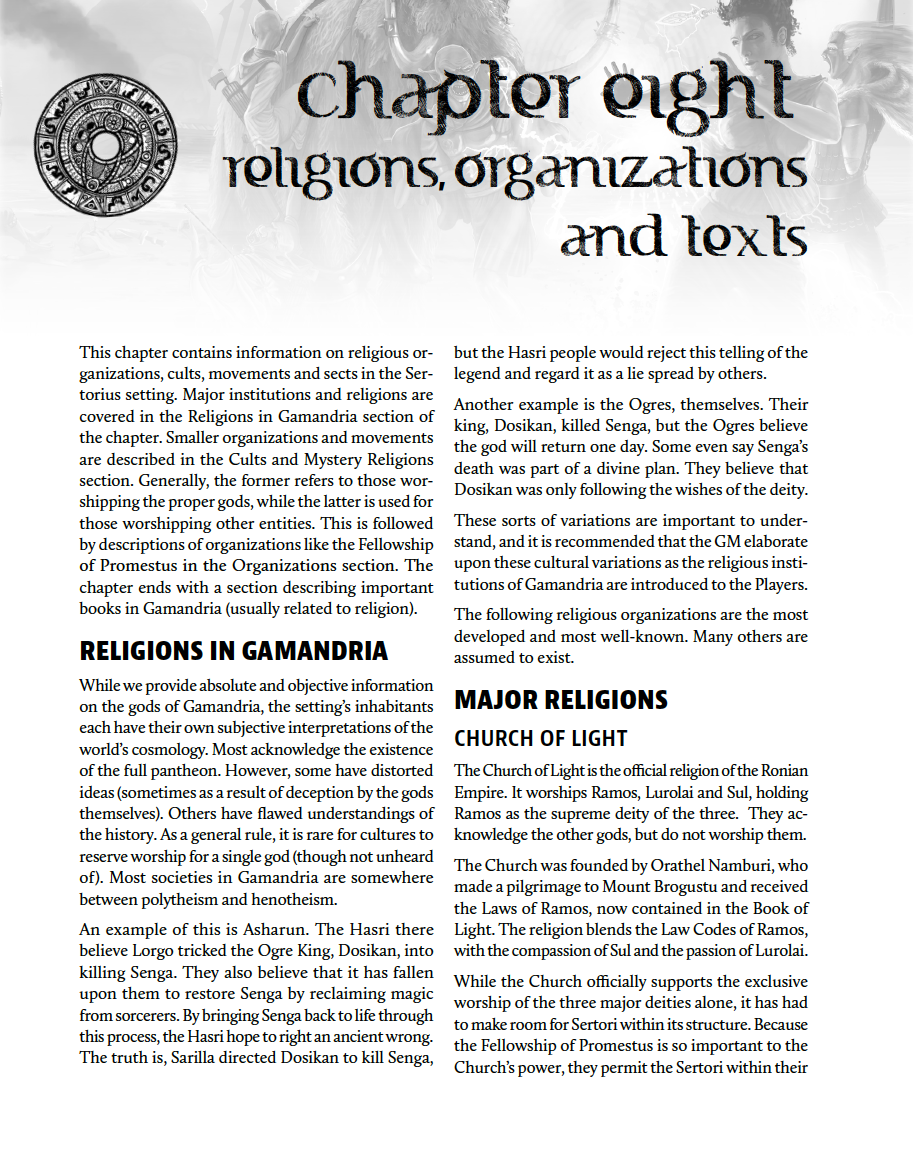 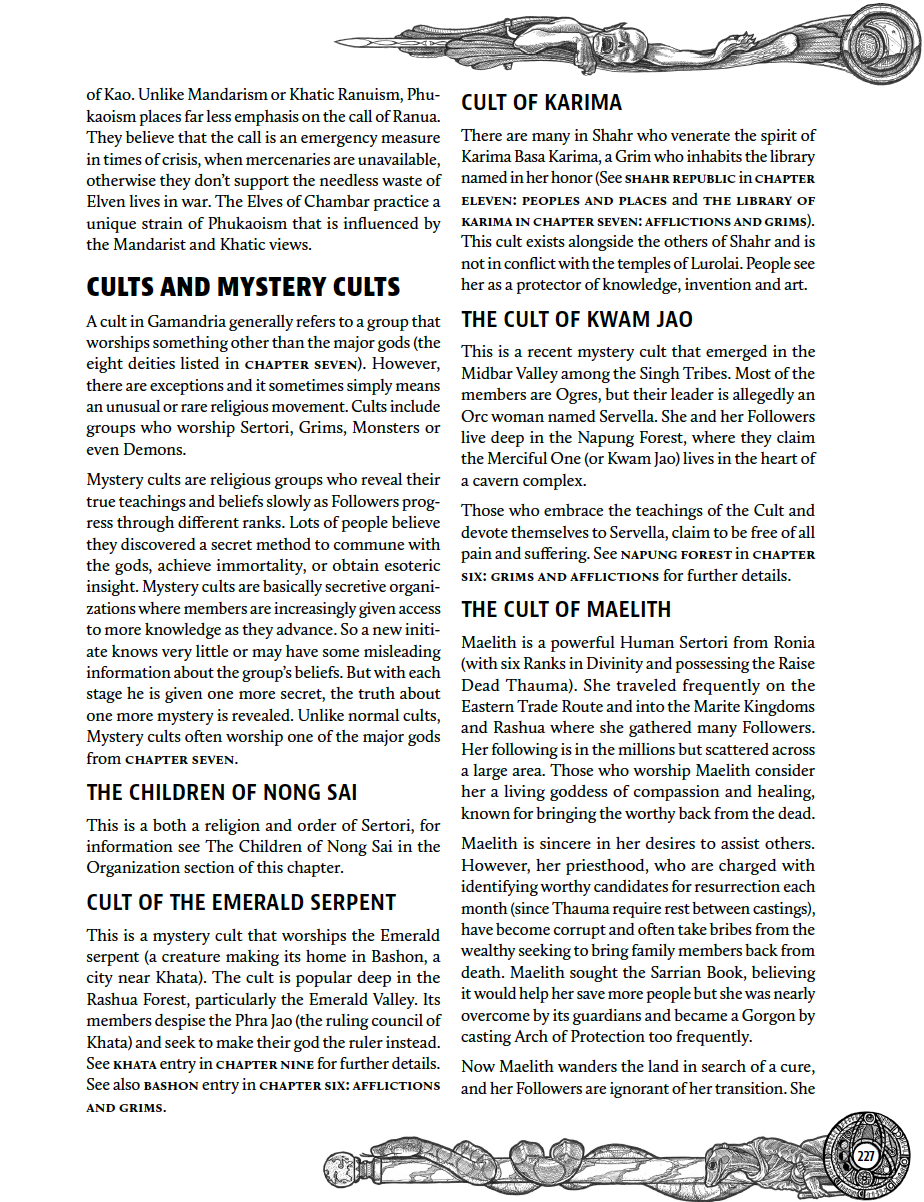 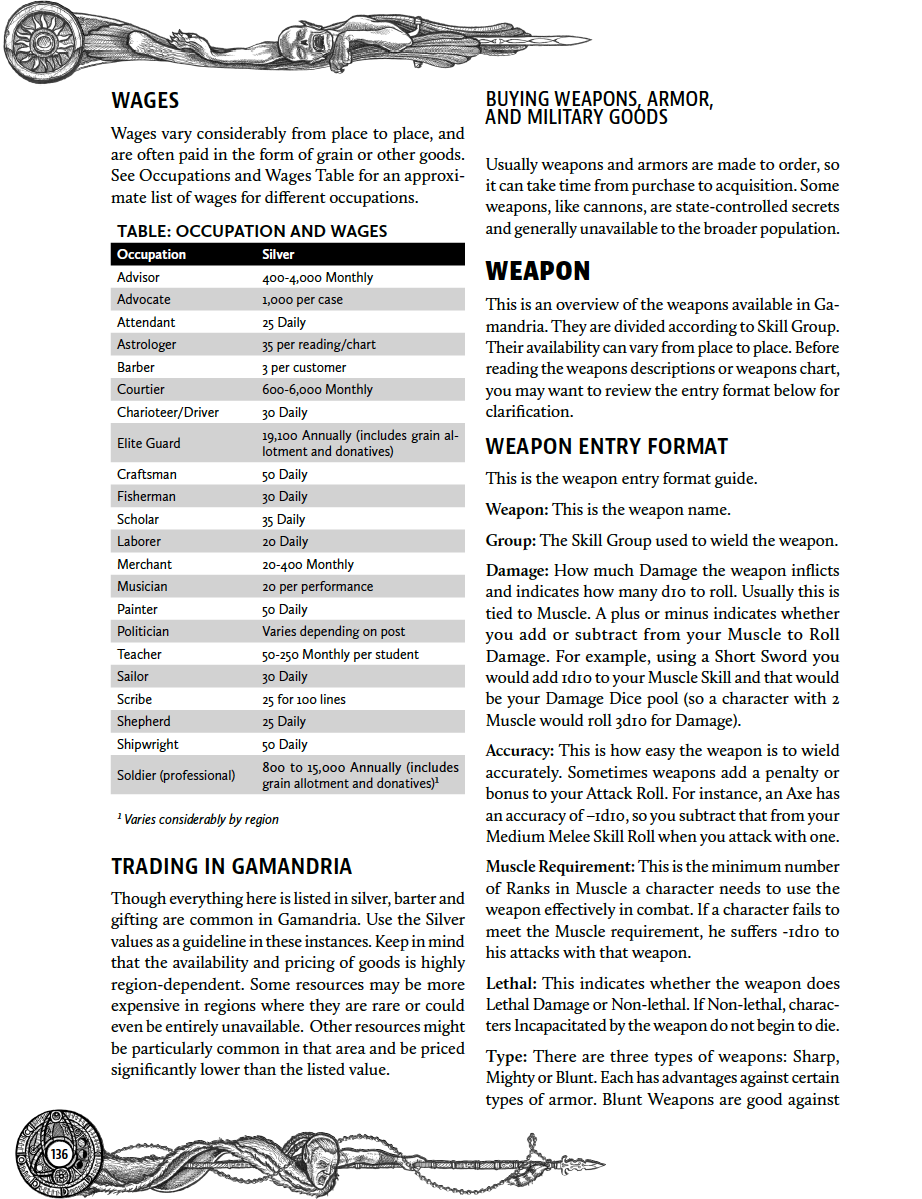 The equipment chapter covers everything from wages to weapons and trade goods. It also gives information on currency, musical instruments and transport.


GAZETTEER
A large portion of the book is devoted to describing the setting of Gamandria. This includes maps, cultural information, cities, empires and kingdoms. The maps are in color in the PDF and black and white in the print edition. 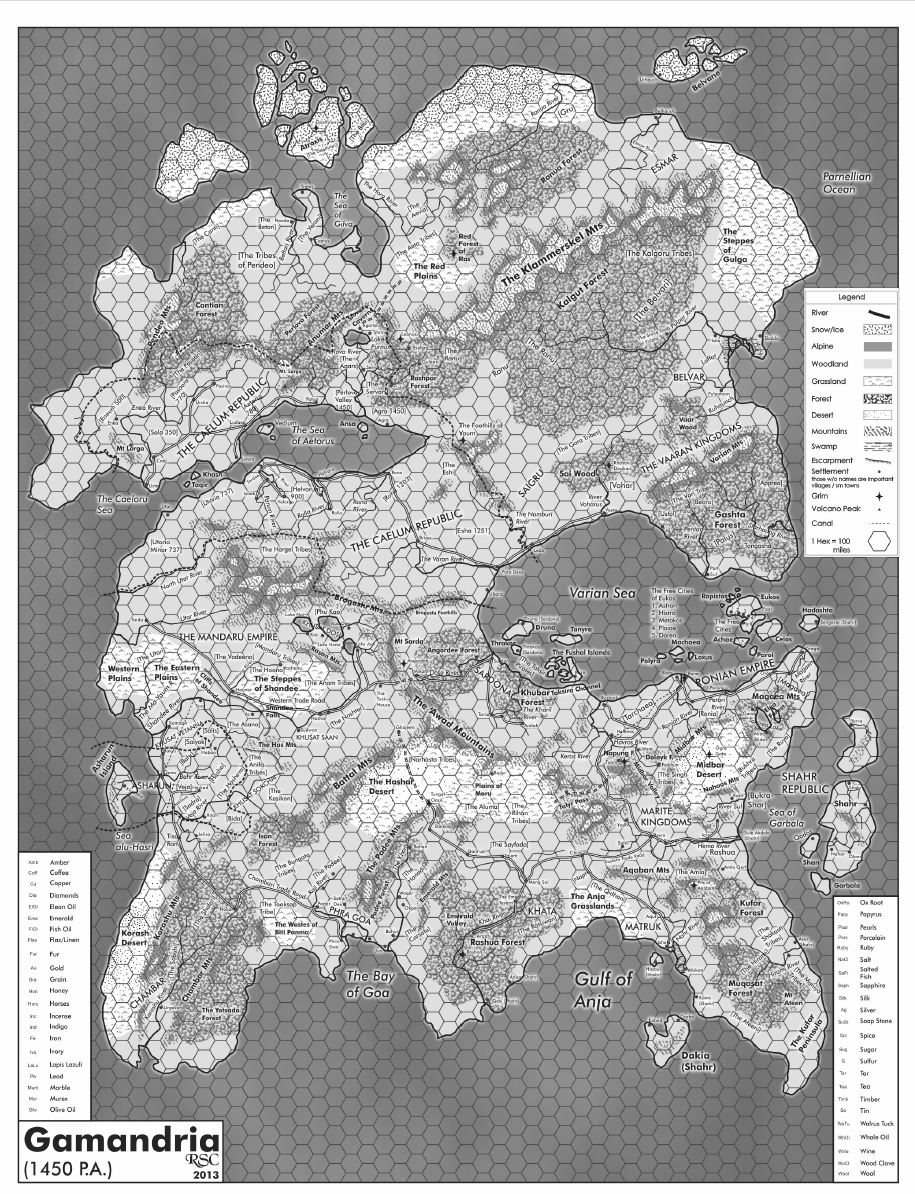 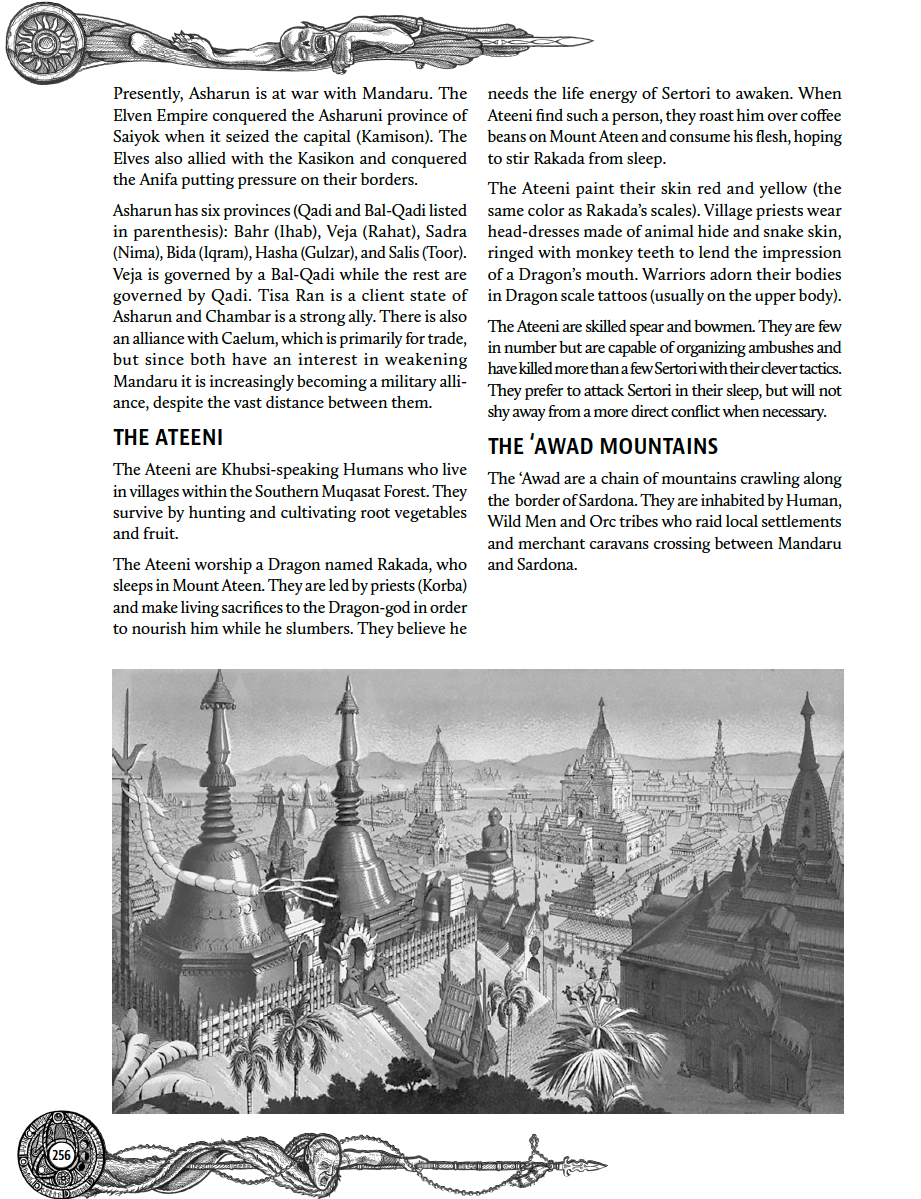 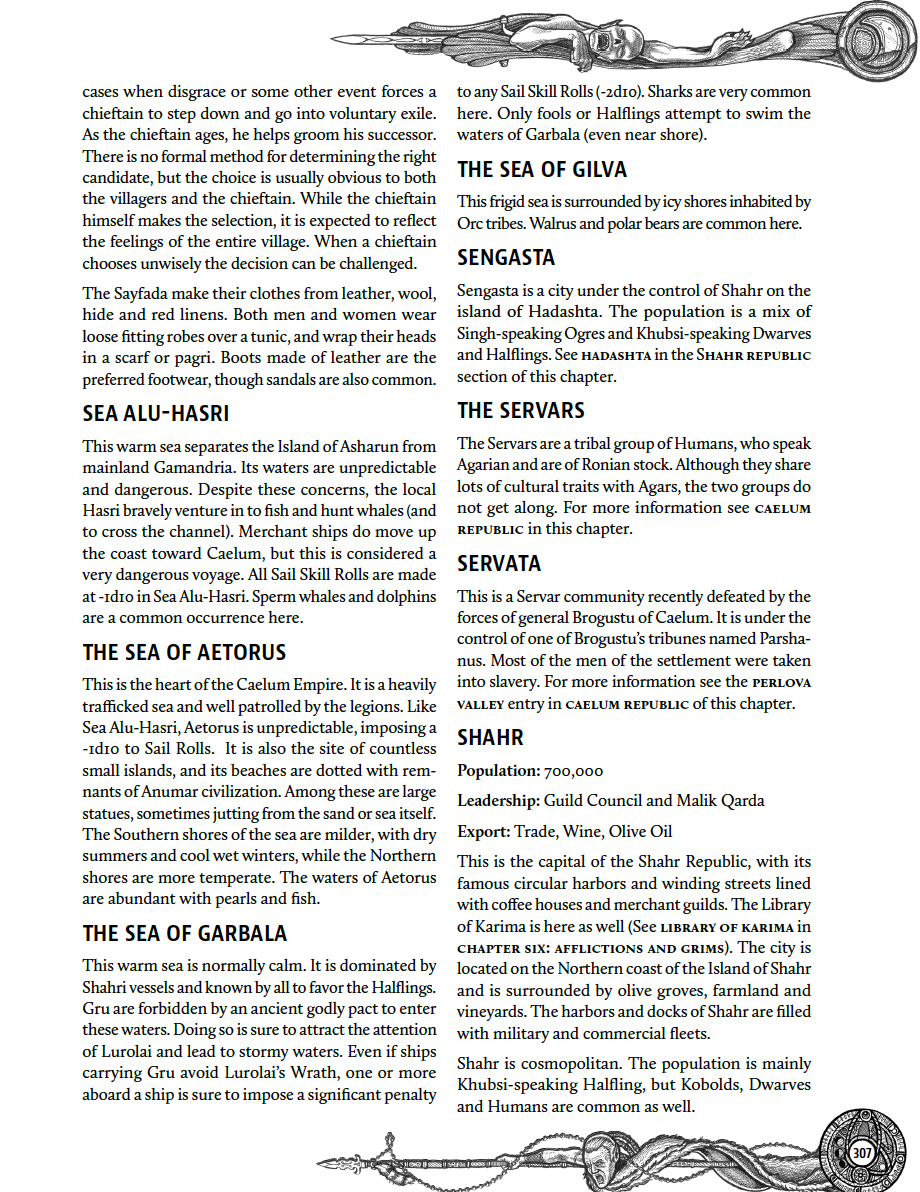 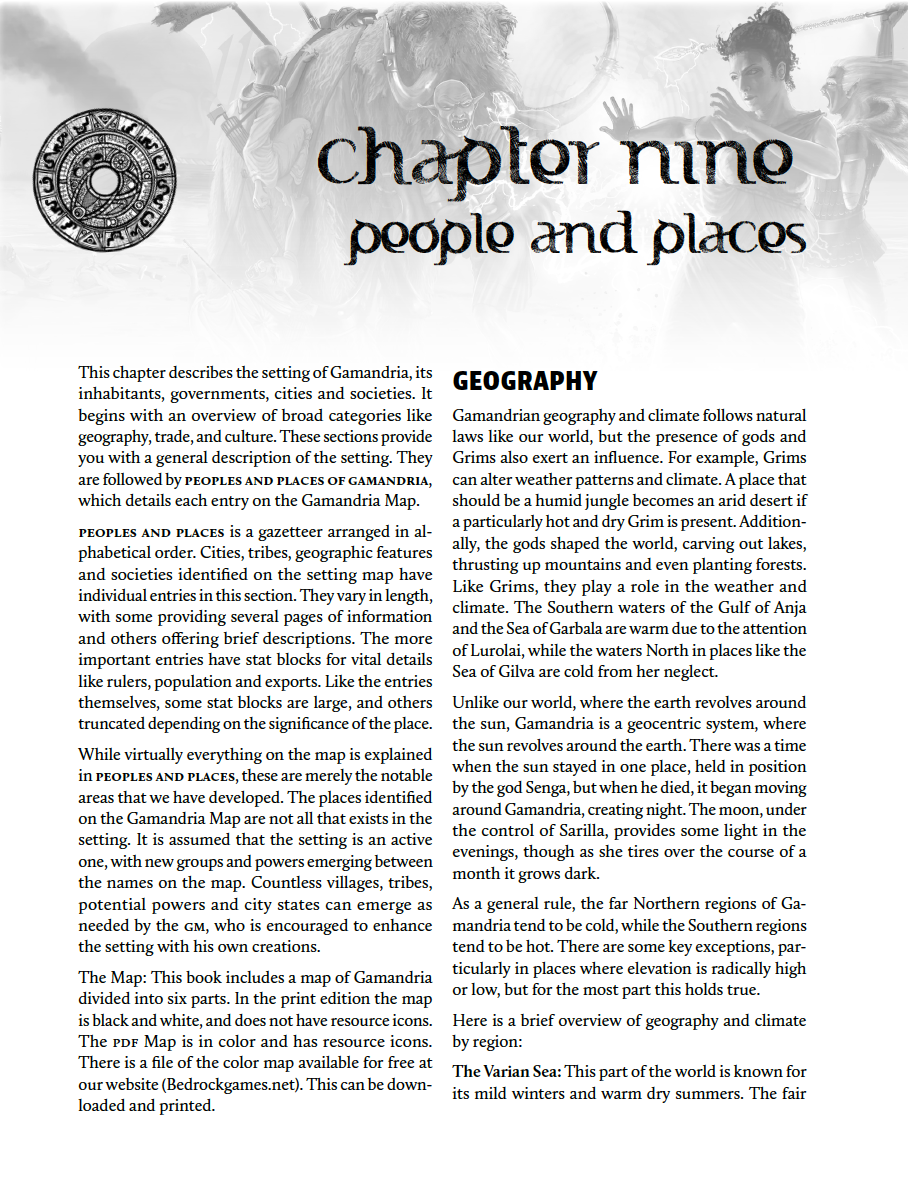 MONSTERS
There are nearly 100 pages of monsters in the rulebook. These include threats ranging from Bandits to Demons to Banshees. 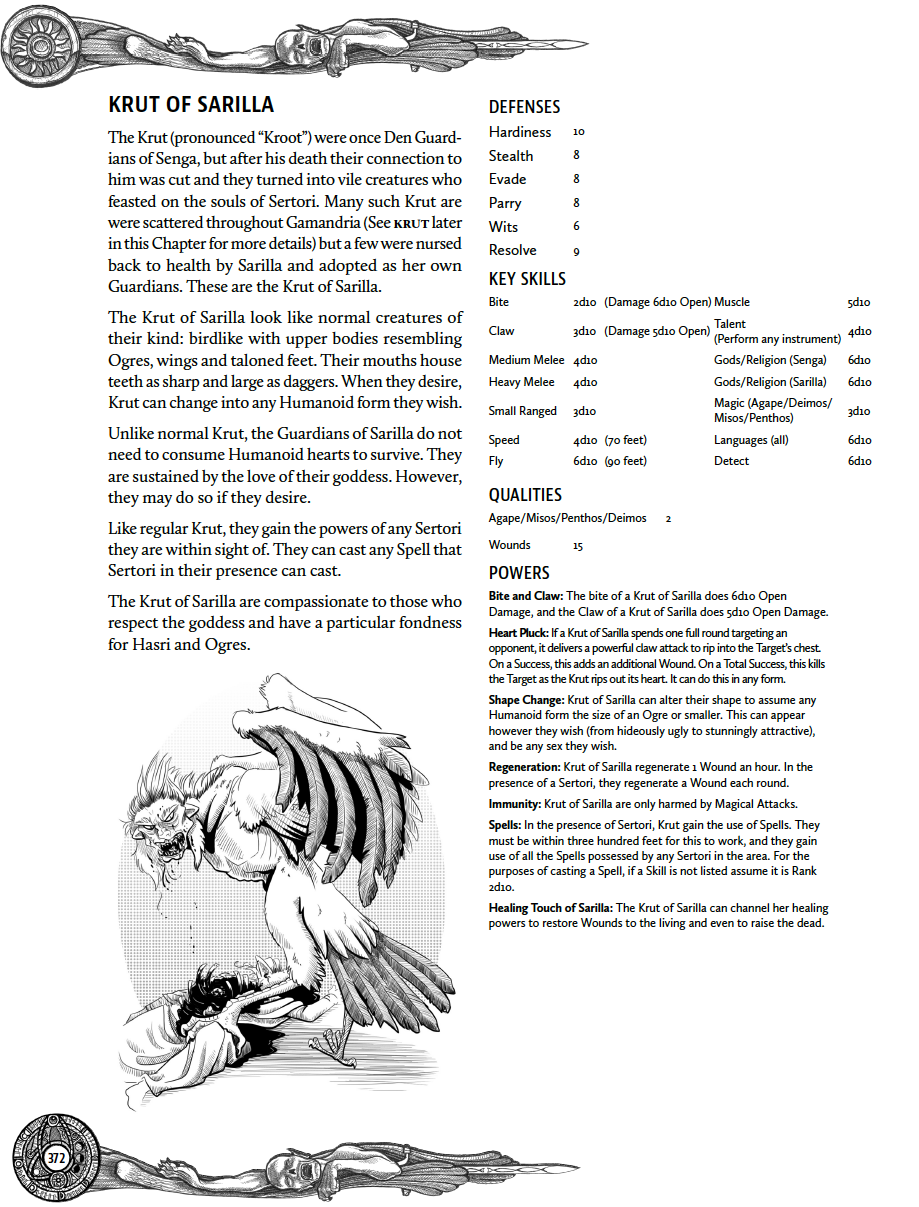 MAGICAL OBJECTS
Magical Objects are rare but powerful in Sertorius. We include coverage of several major items in the rulebook. 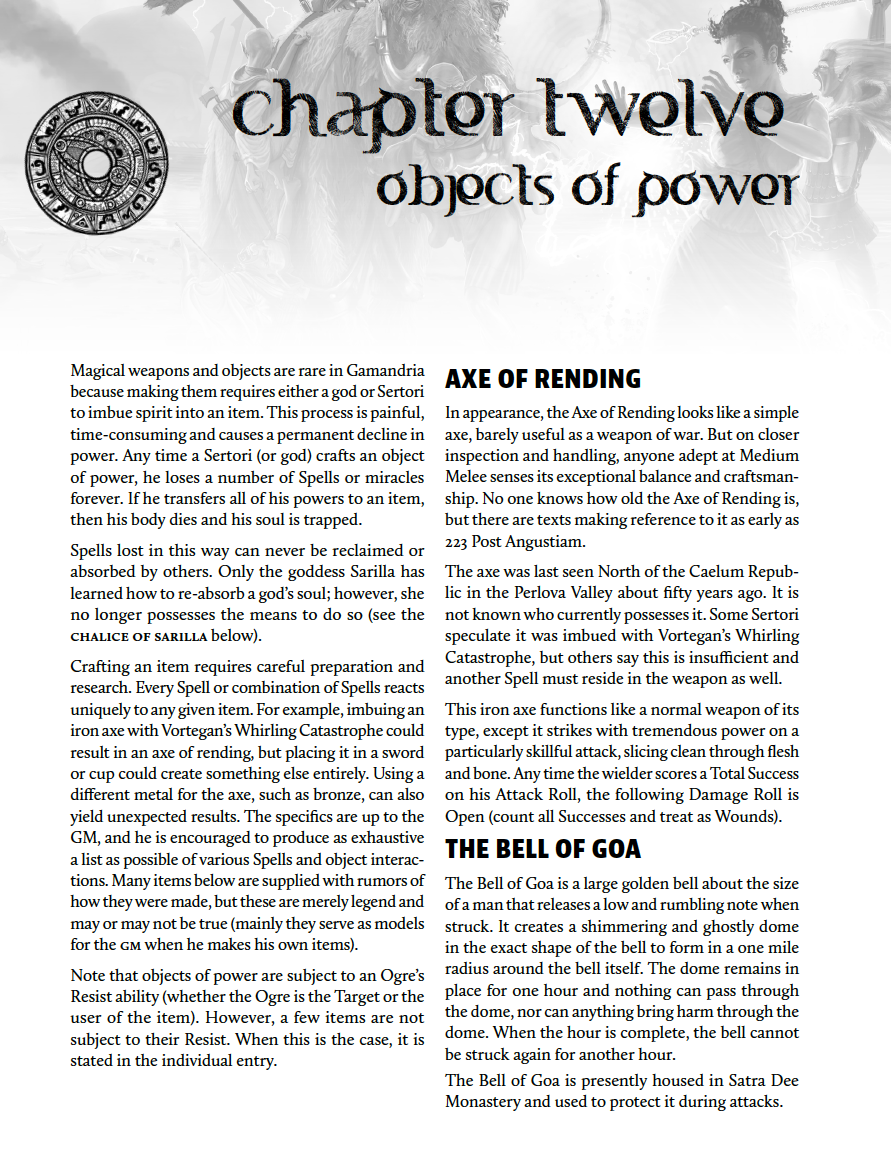 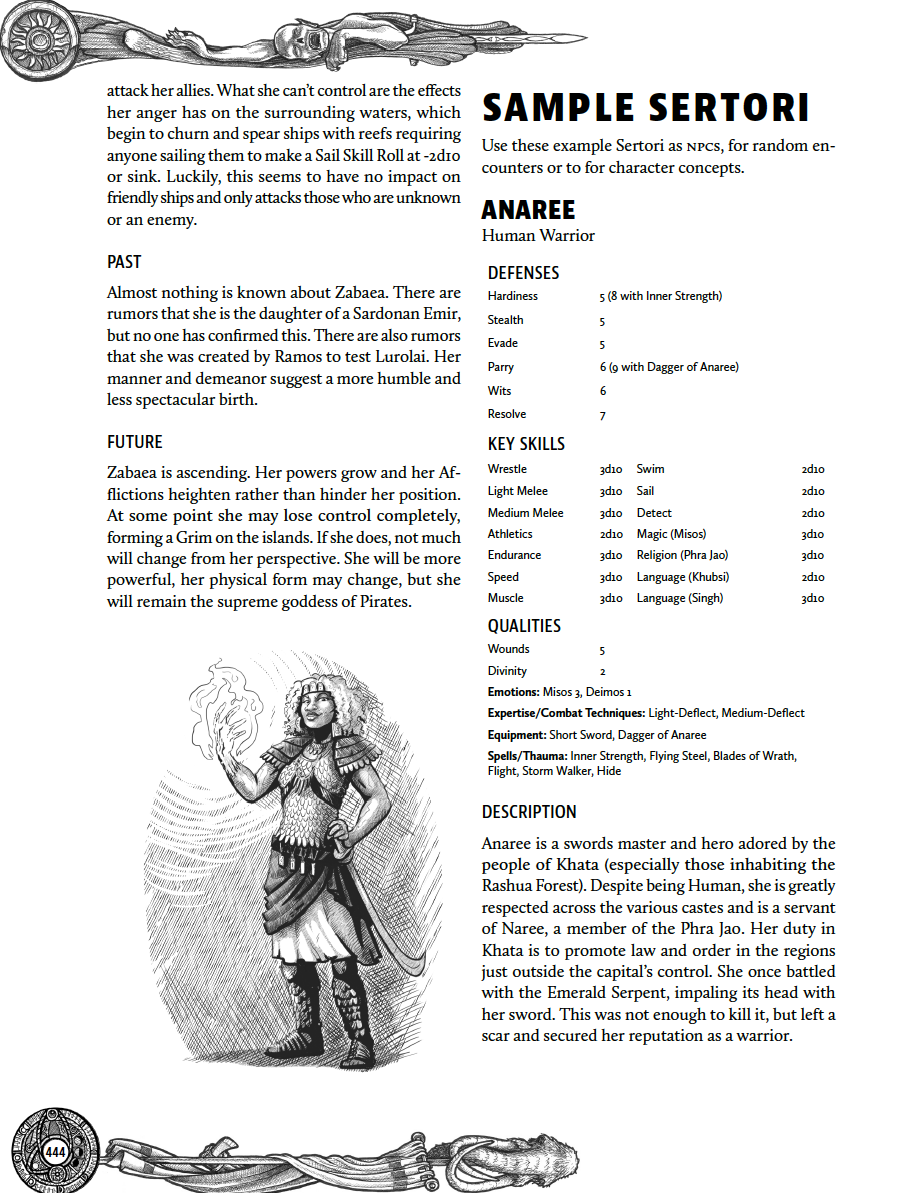 NPCS and SAMPLE SERTORI
We provide some major NPCs from the setting as well as several sample Sertori. The entries for the NPCs follow our Present, Past and Future format in order to fit well with our Divination Skill rules. 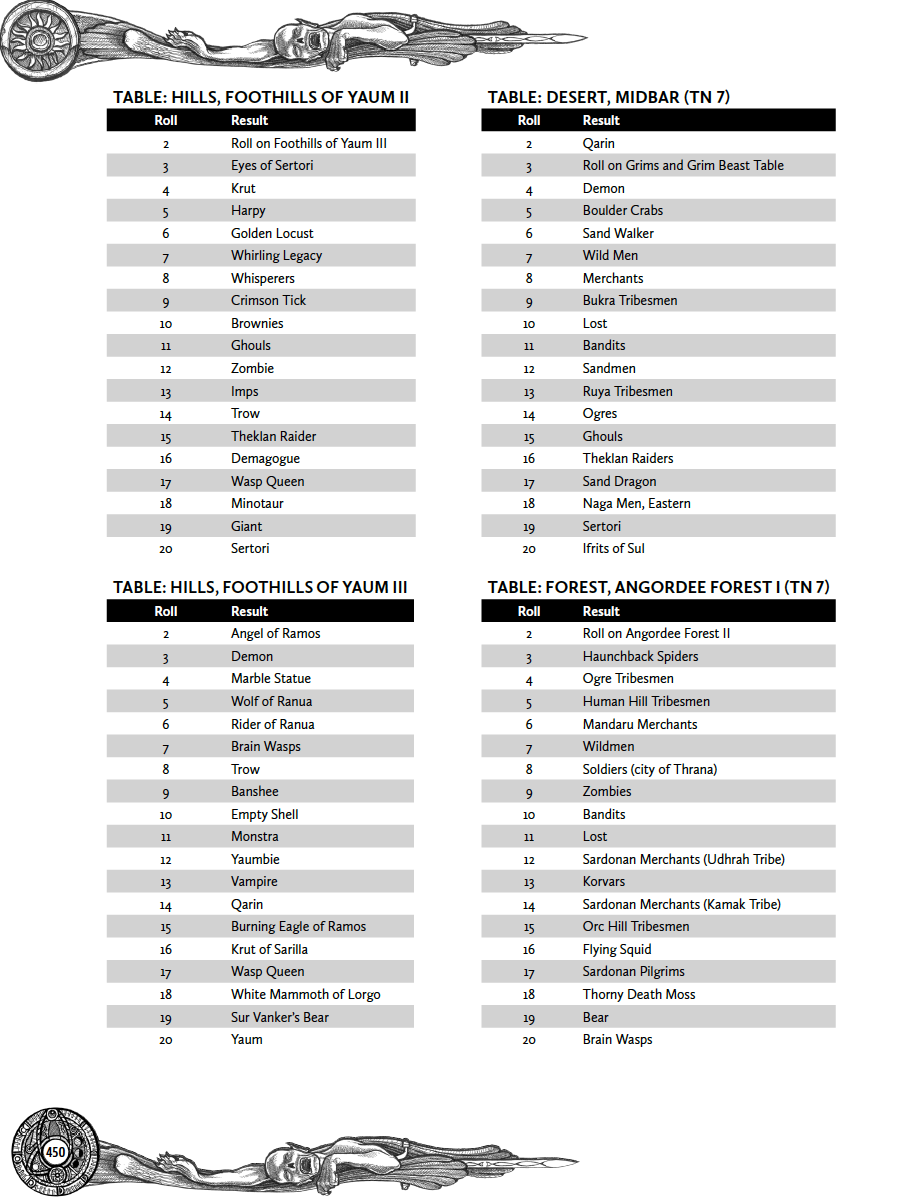 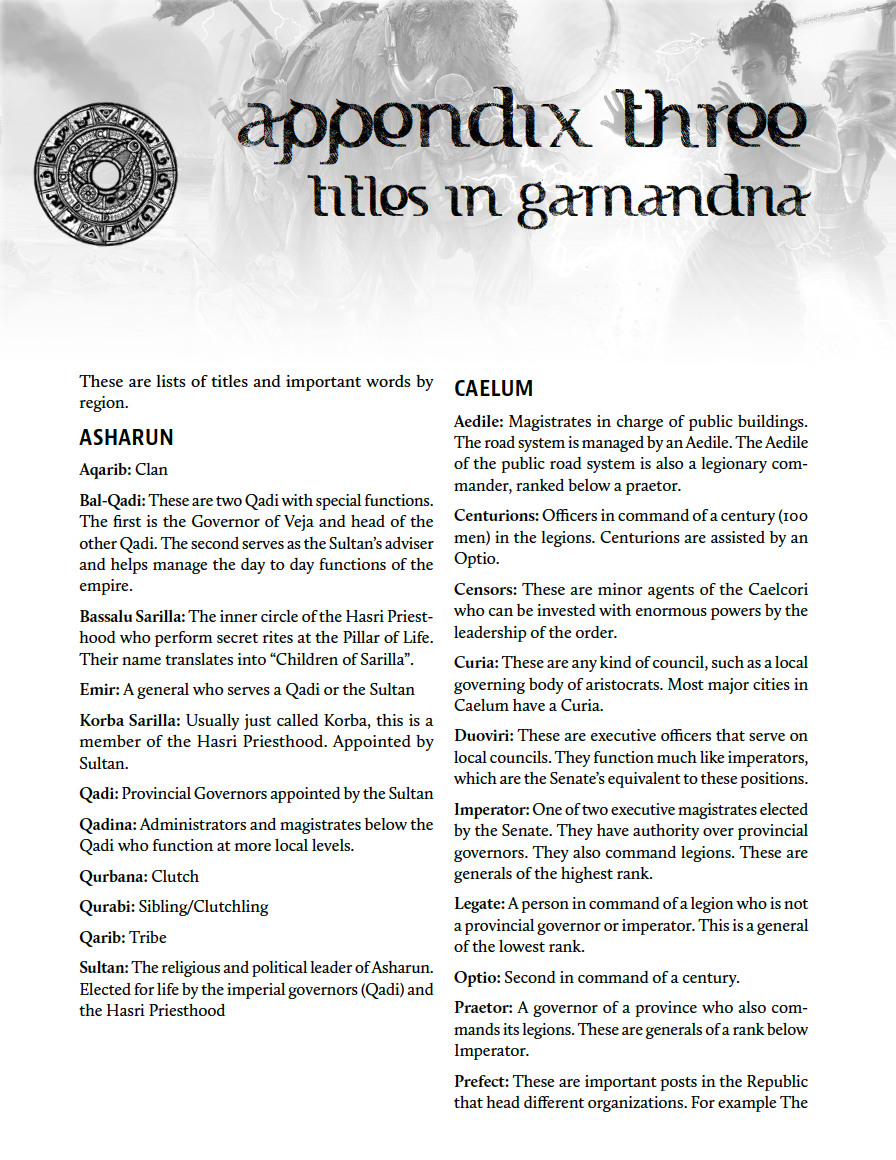